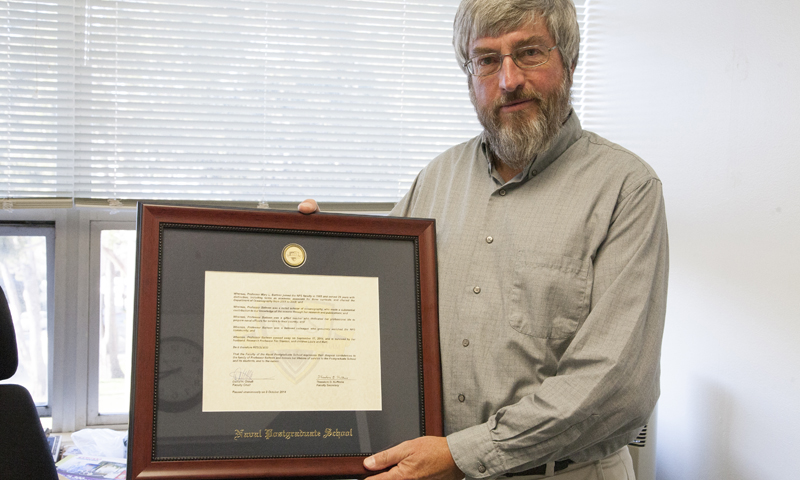 NPS Professor and Faculty Chair David Olwell read from the resolution to the assembled NPS faculty and leadership in attendance.

"Professor Batteen was a noted scholar of oceanography, who made a substantial contribution to our knowledge of the oceans through her research and publications; was a gifted teacher who dedicated her professional life to prepare Naval officers for service to their country; and was a beloved colleague who genuinely enriched the NPS community," read Olwell.

Batteen joined NPS in 1985, teaching at the university for a total of 29 years. She was a beloved member of the Meteorology and Oceanography (METOC) community and chaired NPS' Department of Oceanography from 2001-2008. The Faculty Council's resolution can be read in its entirety here (Intranet-remote access).