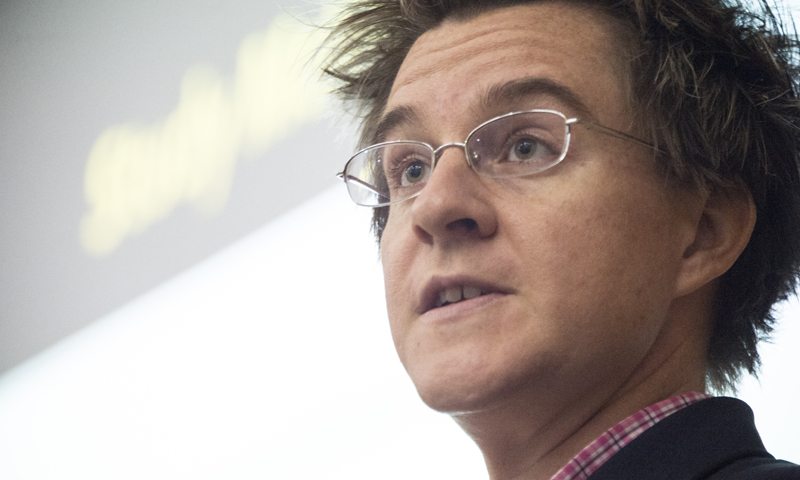 Dr. Erica Chenoweth of the University of Denver's Josef Korbel School of International Studies lectures on her critical study and award-winning co-authored book, "Why Civil Resistance Works," to an audience of NPS Department of National Security Affairs students and faculty, Oct. 28. Chenoweth illustrated her theory in measuring non-violent means towards political change versus violent, terror-based resistance.

Chenoweth and co-author Maria Stephan utilized detailed statistical analysis, along with case studies from specific nations, to come to a striking conclusion – that between 1900 and 2006, non-violent campaigns for change in national power were more than twice as effective as their violent counterparts.

"I was skeptical at first that non-violent means of toppling a brutal dictator could ever work, let alone be replaced by a democratic regime. But it was Maria who challenged me to figure out if that was right," said Chenoweth. "And believe it or not, there had never been any systematic studies done before, so I was curious to see if I could build an argument for this in my thesis."

Chenoweth explained her theories on how non-violent resistance presents fewer obstacles to moral and physical involvement in the change. As the empirical data from the hundreds of cases that Chenoweth and Stephan sifted through demonstrated, it was peaceful people power, she says, that is more successful in prompting lasting change in political and national leadership.