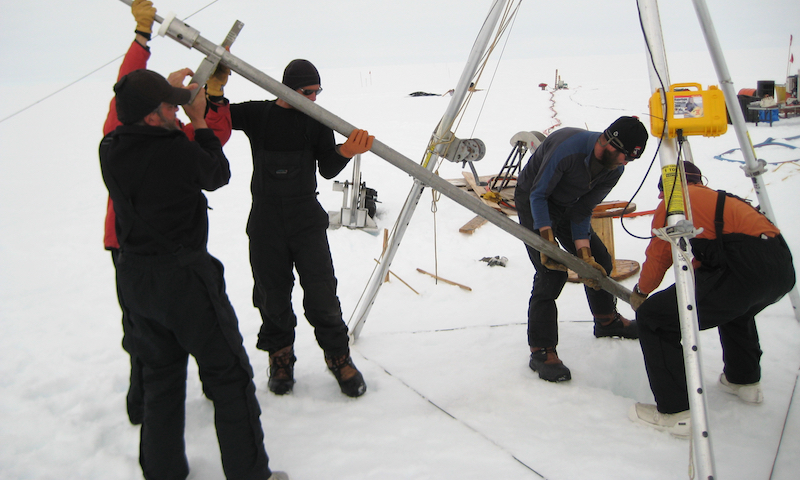 A major study, released in late November in the journal "Nature," reveals the history of retreat of the massive Pine Island Glacier (PIG) in western Antarctica, widely considered one of the largest contributors to global sea-level rise.

The study would not have been possible without the efforts of an NPS Department of Oceanography research team, including Dr. Timothy Stanton, Dr. William Shaw and James Stockel. The team helped drill through the 500-meter ice shelf to place instrumentation for a study on melting underneath the glacier's ice shelf in late 2013, but first deployed an instrument to retrieve a sediment core from the bottom of the Antarctic Sea, 700 meters below. It is these very sediment cores that were used for the landmark study.

"The [NPS team] helped get the very unique sediment cores from the profoundly remote PIG site for our British Antarctic Survey colleagues," noted Stanton. "In many ways, this was an add-on to the deployment of the NPS developed ocean/ice interaction sensors that we were setting just below the ice shelf.

"Helping with the sediment coring was a great investment of time, as James Smith's BAS [British Antarctic Survey] team were able to execute a very detailed analysis of the 80cm deep sediment cores to infer the rapid retreat of the ice shelf during the last 60 years," he added.

For more information on this study, check out the full story on the NPS.edu.