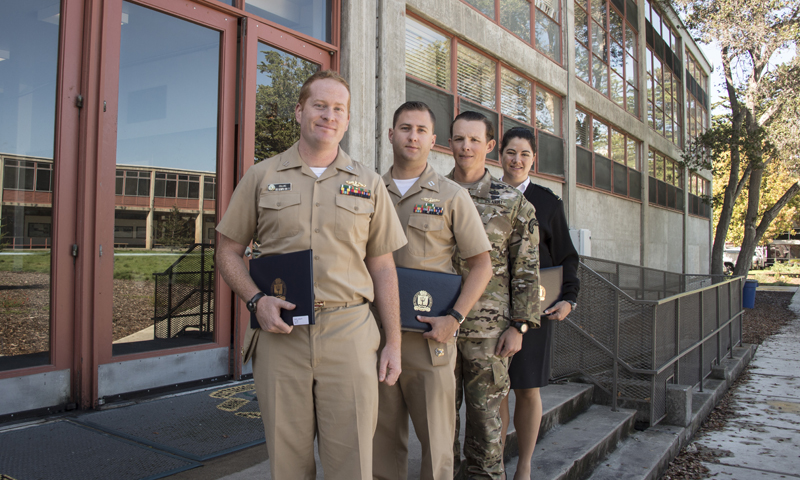 “This course allowed me to step outside my niche," said Cassingham. "I learned a better understanding of the logistics chain and enjoyed the interaction between the services."

The JPME course consists of four areas, including strategy and war, theater security decision making, joint maritime operations. For many of students, the program was their first time looking at things from a joint perspective.

"The course was very relevant and I feel brings all services together to fight as one force, which will benefit all officers as they go through their career," said Cassingham.