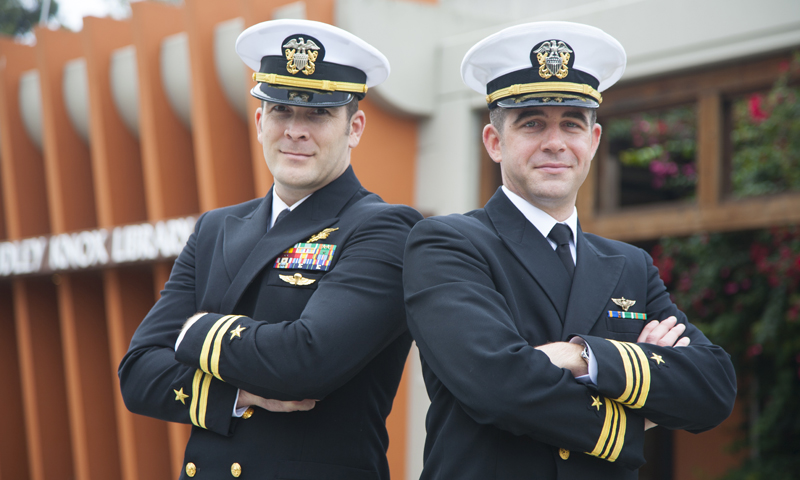 NPS President's Student Council (PSC) Chairman Lt. Aaron Steward, left, and Deputy Chair Lt. Cmdr. Ted Vermeychuk, right, are determined to reshape how students voice their concerns, and how the PSC reaches out to both the campus and the community.

"At the Naval Postgraduate School, we have a unique concentration of leaders from various services, both domestic and abroad, who can actually make a difference in the lives of a future generation of military and civilian leaders," said Steward.

This led to one of the PSC's primary goals, expanding upon the Community Leadership Program (CLP) established by Steward late last year. The CLP matches local schools with NPS student leaders in an effort to teach principles of leadership.

The PSC has also adopted an effort to revise the feedback process, and the long-standing Student Opinion Forms (SOF).

"A little over a year ago, I brought forward a recommendation to the PSC that the SOF be reviewed for content and efficacy," said current NPS student Lt. Cmdr. Dominic DiMaggio.

DiMaggio is now working with the PSC and the Provost to revise the SOF questionnaire, and its associated policies, in order to ensure that student feedback identifies best practices and lessons-learned from the classroom.