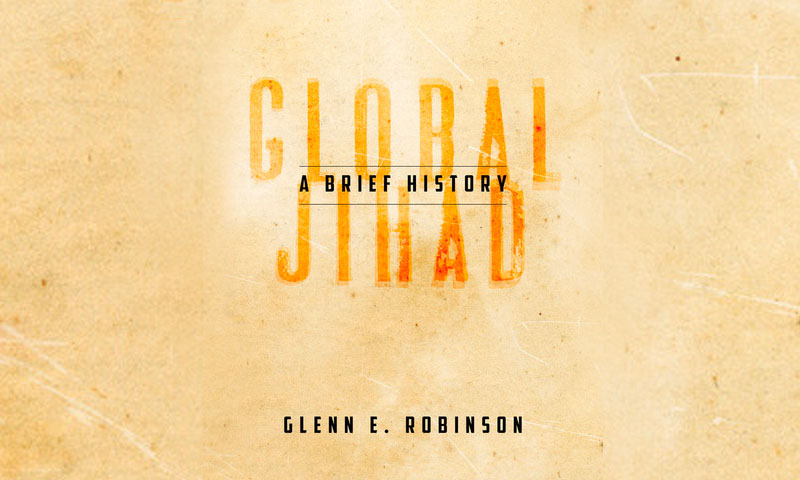 NPS Associate Professor Glenn Robinson illustrates the four waves of post Islamic State holy war in his latest book Global Jihad – A Brief History. With this book, Robinson develops a compelling and provocative argument about the evolution of this violent political movement.

With the latest terror attacks in Vienna, Austria, authorities continue the fight against the latest wave of Islamist terrorism on the streets of European cities, as individual Jihadi emissaries emerge to lash out on Western nations.

In his book, Robinson identifies each stage of incendiary movements of jihad in the 20th century and establishes his argument on how these movements have evolved and why they persist.

Robinson’s chapters begin with the Jihadi International movement of 1979, an evolving movement, which began after the Soviet Union’s incursion into Afghanistan, and then the power vacuum left in its wake after its embarrassing and destructive extrication from an endless war in 1989. He also draws on America’s involvement from 1996 through 2011 and even later IS campaigns to resurrect a politically unifying caliphate.

Robinson closes with how the IS has convinced and persuaded individuals to take action around the world, especially those who are in a personal struggle with their devotion to Islam. With this in mind, the Islamic State’s propaganda machine continues to churn out caustic propaganda videos, music, and alluring social media via the Internet, recruiting disciples at large scale, regardless of the low strategic threat they may have.

According to Robinson, these incursions into the West, which have leveraged the Internet of things, have created an almost invisible, malevolent force willing to further the global jihad ideology to an assault on an innocent population.

Robinson takes the reader through each phase of jihadi developments and how each idealogical following has achieved their goals to wrest Muslim lands from foreign hands; al-Qa’ida’s rebel yell to vanquish U.S. troops from the Muslim world; the recruitment of ISIS followers with a rebranding of ideology that makes it “cool” or fashionable to younger people; leaderless and random timing and targets of terror in hopes of “keeping the dream alive.”  Robinson argues that global jihad is profoundly nihilistic in its nature and apocalyptic in its ideology and behavior.

Robinson’s book is published by Stanford University Press and can be requested through the Dudley Knox Library website.

Glenn Robinson is an associate professor in NPS’ Defense Analysis department and is affiliated with the Center for Middle Eastern Studies at the University of California, Berkeley. He has served as an expert advisor to USAID and the U.S. Department of Defense.