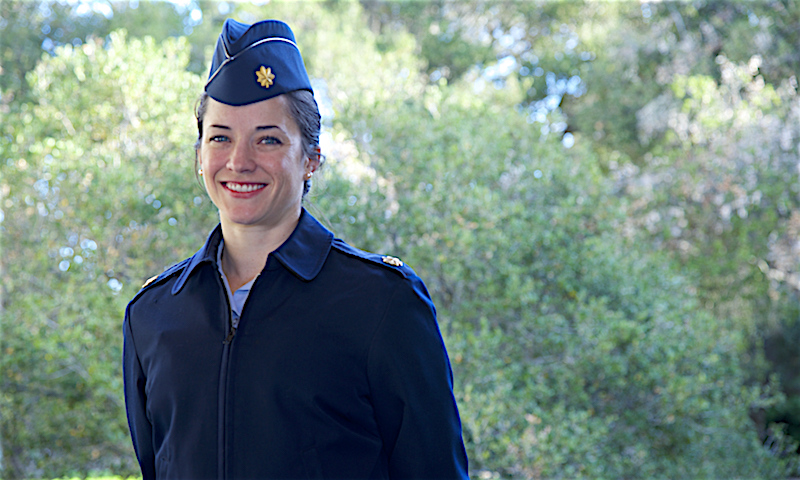 With the beginning of a new year, and a new quarter here at NPS, the student-led President’s Student Council (PSC) is also ushering in new leadership.

U.S. Air Force Maj. Caitlin Diffley takes the helm as PSC chair, and says she is ready to represent the student body, advocating for issues raised by fellow students to improve the overall experience of attending the Navy’s premier graduate university.

“What we do in the President’s Student Council is connect student body to leadership, and help them connect back to you, because they are interested in what is going on in each student’s personal, academic and professional lives,” said Diffley during the quarterly New Student Orientation.

“Our biggest push coming up this spring is to build networking and mentorship [programs] at NPS,” she added. “By networking between branches and curricula, we hope to tap into the robust talent we have around campus.”

Diffley added that she, and new vice chair Navy Lt. Christina Gatti, also hope to expand the role of university alumni in those networking and mentorship programs.

“We are also tapping into mentorship from alumni … Those that are still serving, retired or in industry,” Diffley said. “They can help keep you connected to your career field so that you are making this time at NPS not only about getting a degree, but also ensuring that you are ready, professionally, to go back to your job.”

To get involved in the PSC,or to express your thoughts on a key issue, reach out to one of the school leads or representatives at the monthly meeting on the first Wednesday of every month in the Dudley Knox Library, or e-mail the council at PSC@nps.edu.

Today@NPS showcases some of the speakers, conferences, experiments, lectures, and other events that take place at the Naval Postgraduate School on a daily basis. If you would like more information about any of the highlighted activities please contact the Office of University Communications at pao@nps.edu.
Asset Publisher
January 22, 2019
Academic Assistance Programs Host Open House