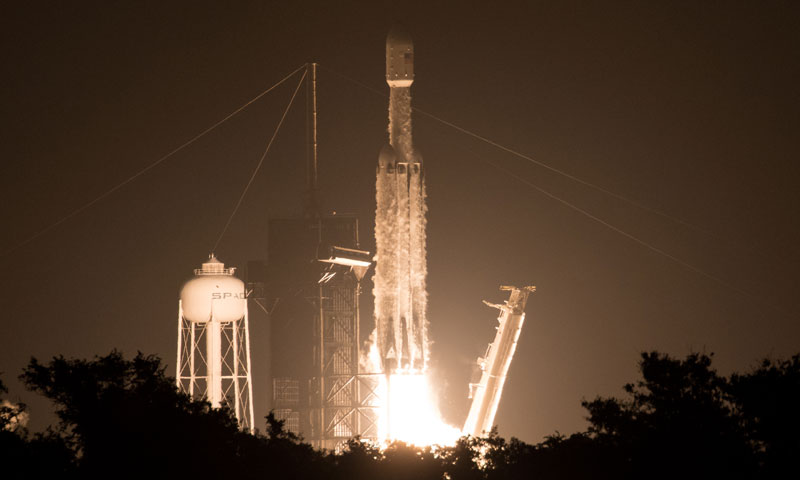 The long wait finally came to an end for faculty and researchers in the Naval Postgraduate School’s (NPS) Space Systems Academic Group (SSAG). Following several external delays to a launch that was originally scheduled for September of 2016, the university’s own NPSAT-1 was launched and deployed into a 720 km orbit by SpaceX’s Falcon Heavy at 2:30 a.m. on Tuesday, June 25, from Kennedy Space Center Launch Complex 39A in Cape Canaveral, Fla.

The mission was slated to be the “most difficult” undertaking by the Falcon Heavy to date, according to SpaceX CEO Elon Musk during an interview prior to Tuesday’s spectacular night-time launch. The mission called for the release of 24 satellites during three individual deployment stages … each stage separated by a burn of the Heavy’s thruster.

Overall, the mission proved to be largely successful, especially for the NPS team who watched NPSAT-1 successfully release from the SpaceX craft and enter into its orbit within seconds of its planned deployment.

“It’s the end of an era,” noted Professor Emeritus Rudy Panholzer, former SSAG chair and pioneer in the university’s space education and research programs, on hand to witness the launch first-hand.

Like much of the research at NPS, the satellite is ultimately about student experimentation and study. Over the course of the craft’s development, NPSAT-1 supported well over 40 student theses, noted SSAG engineer Dan Sakoda, with countless more students contributing via directed study.

On board NPSAT-1 are experiments developed by the Naval Research Laboratory (NRL) to investigate space weather and support space situational awareness (SSA), including ionospheric electron density structures that cause radio scintillations impacting communications and navigation. For more information on NPSAT-1 and the research mission it was designed to execute, check out https://nps.edu/-/nps-newest-satellite-prepared-for-launch.