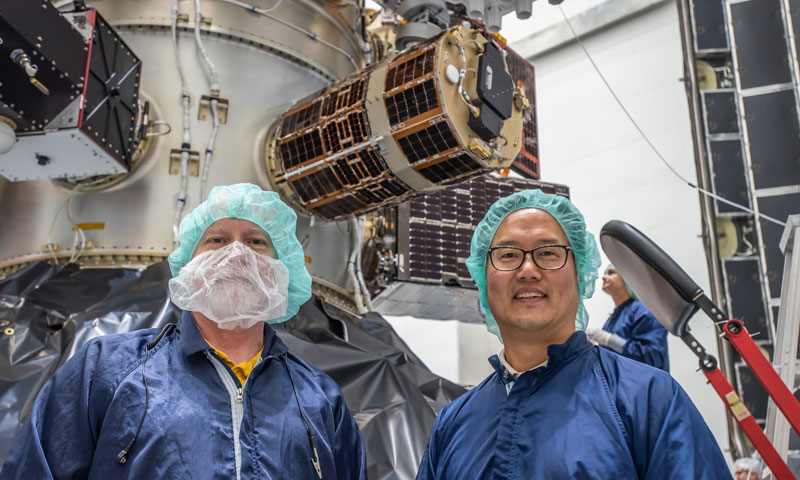 It’s been years in the making, but the Naval Postgraduate School’s own NPSAT1 is mounted and ready to launch on board SpaceX’s Falcon Heavy, June 24, from Kennedy Space Center Launch Complex 39A.

For more information on NPSAT1 and its research mission in space, check out https://nps.edu/-/nps-newest-satellite-prepared-for-launch.