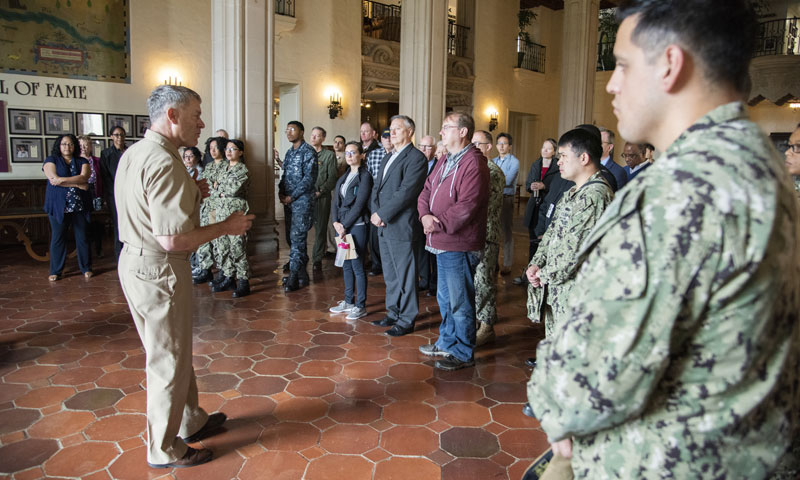 The Battle of Midway, June 4-7, 1942, prevented the Imperial Japanese strike force from capturing Midway Island and is considered an important marker in naval heritage.

“Nearly six months to the day after the attack on Pearl Harbor, America’s victory at Midway represented a strategic turning point for the U.S. in the Pacific,” said CAPT Rich Wiley, Commanding Officer, Naval Support Activity Monterey, during opening remarks.  “We trusted so much to so few who were so young.”

“During that time my dad joined the Navy and my mother became a civil defense and air raid warden in our neighborhood,” said Werner Paul Basse, a 1957 graduate of the U.S. Naval Academy.  “Our family also experienced the rationings of metals, rubber and other materials which were diverted to the war effort.”

The success of Midway after so much bad news from Pearl Harbor, the Philippines, and Southeast Asia was a morale booster to the American people.  Even with the loss of USS Yorktown, the Battle of Midway is considered to have changed the course of the war in the Pacific by putting the Japanese forces on the defensive where they remained until their ultimate surrender, Sept. 2, 1945.