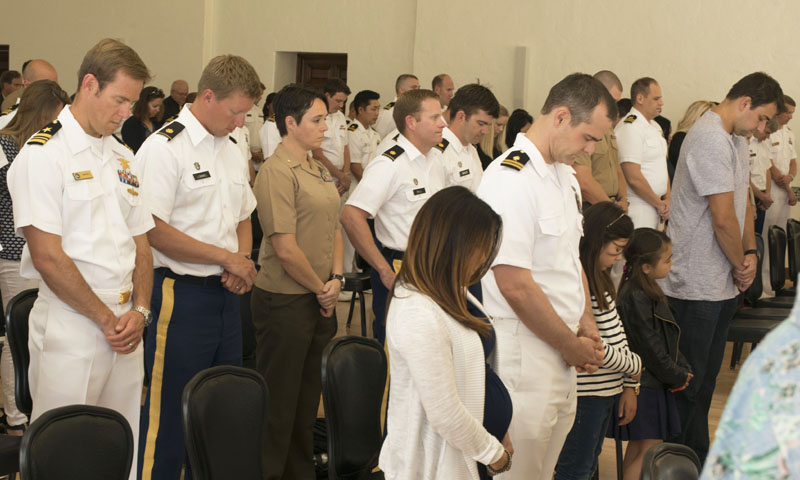 The 67th graduating class of the Naval War College (NWC) Monterey partnership with NPS for Joint Professional Military Education (JPME) bow theirs heads in prayer during the NWC graduation ceremony in the Barbara McNitt Ballroom in Herrmann Hall, June 9.

"You won't remember every little bit of information you've covered here, but you'll remember the way you were taught to think, which will help you in changing national policies," said Urban.

Through the partnership, 4,406 officers have earned this certification since the program's inception in September 1999.