Summer Quarter Welcomes One of NPS’ Largest Classes Yet 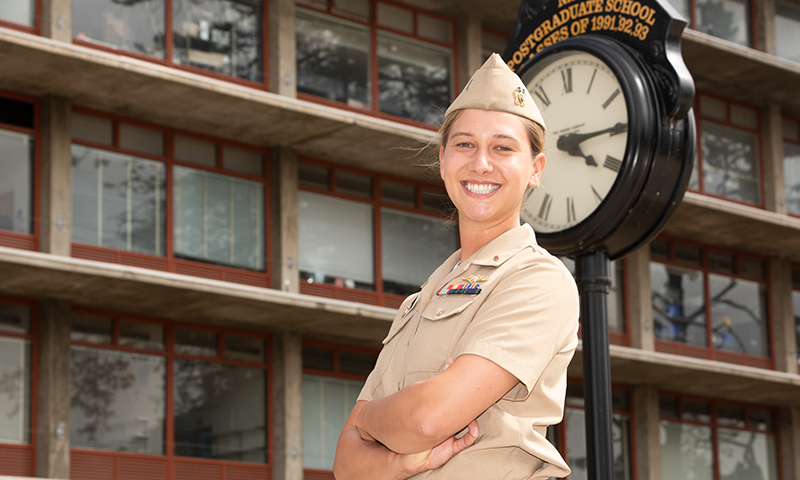 Summer Quarter Welcomes One of NPS’ Largest Classes Yet

Like nearly 500 other new Naval Postgraduate School (NPS) students., Lt. j.g. Jamie Francona of Brookline, Mass., is wrapping up her first week of graduate school at the university.

Francona, a 2013 graduate of the Naval Academy in economics, is enrolled in the challenging cyber systems and operations program, starting out with required courses in logic and discrete math, mathematical proofs and single variable calculus. Her curriculum might be math heavy, she says, but she’s up for the challenge.

“It’s really the big change of pace that I’m getting used to in the short time I’ve been at NPS,” said Francona. “We all had our jobs in the squadron, filled with routine, including the operational tempo during deployments. I’ve found that I have a lot of autonomy here, in spite of the loads of math to learn.”

Rapidly getting used to life on the Monterey Peninsula, Francona says she has already ran into old friends, shipmates and Academy classmates, and has explored some of the region’s most notable sights.

“And as for as living in Monterey, I think it’s fantastic! I’ve already hiked in Big Sur. I’m thinking about joining the NPS Foundation’s Bike Club because I love biking and I like riding in groups. So, I’m really looking forward to exploring the surrounding areas,” she added.

Today@NPS showcases some of the speakers, conferences, experiments, lectures, and other events that take place at the Naval Postgraduate School on a daily basis. If you would like more information about any of the highlighted activities please contact the Office of University Communications at pao@nps.edu.
July 2019 Title