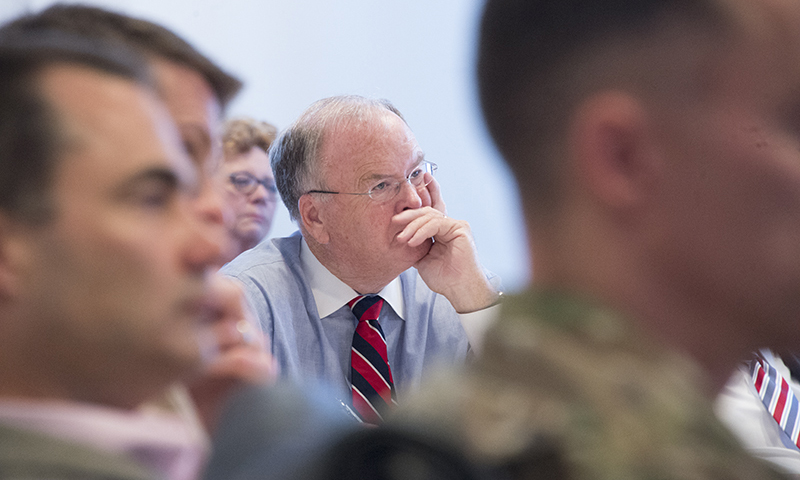 California 20th District Congressmen Sam Farr, above center, listens to remarks by Defense Department, Homeland Security, and California National Guard leaders collectively known as "Team Monterey," during a farewell gathering held in his honor, June 2. Farr is retiring from the U.S. Congress after 23 years of public service on the Central Coast.

"It is the military that made this area so special. We're the United Nations of intellect around here due to the military presence," said Farr.

The Team Monterey concept was Farr's brainchild. He first brought the team together in 2007. Today, it serves the interests of some 380,000 men and women employed by the Department of Defense in California, including more than 200,000 active duty service members.

"[Farr] was responsible for helping us to ensure that we received over $78 million for new construction and needed renovations at the Naval Postgraduate School during his 23 years of service to this region," added NPS President retired Vice Adm. Ronald A. Route.

"I started something with Team Monterey and I hope you all can grow it and make it better," said Farr as he thanked attendees.