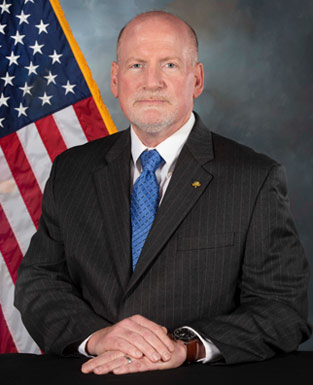 Prof. Smith received a B.A. in physics from Rollins College in 1986, an M.S. in physics from Yale University in 1988, and a Ph.D. in Applied Marine Physics from the University of Miami in 1991.  He accepted a faculty position in the Department of Physics at the Naval Postgraduate School (NPS) in 1995.  From 2005-2008, he worked as a visiting faculty member in the Sensors and SONAR Systems Dept at the Naval Undersea Warfare Center in Newport, RI.  From 2008-2012, he relocated to the DC area, and was designated as the Director, NPS-National Capital Region, leading the development of a presence in the National Capital Region to support the DoD and federal agencies.

Since his return to the NPS Monterey campus in 2012, Prof. Smith served as Chair of the Department of Physics from 2015-2021, and Chair of the Undersea Warfare Academic Group from 2021-2022.  Most recently, Prof. Smith has been appointed as NPS Dean of Research, and is working closely with the newly established Naval Warfare Studies Institute to help coordinate NPS interdisciplinary research and education in order to accelerate and enhance warfare concept and capability development.

During his career, Prof. Smith has been recognized as a leading expert in the field of underwater acoustic propagation physics and numerical modeling.  His research has included analysis of the structure of reverberation in both deep and shallow water, passive transient localization, active target tracking, and the impact of environmental uncertainty on sonar processing algorithms.  His most recent area of focus is on studies of the acoustic vector field and associated sensor processing.  He has over 50 refereed publications, over 25 conference proceedings, and has presented over 80 talks at various national and international conferences on acoustics. Prof. Smith is a Fellow of the Acoustical Society of America, and serves on the Underwater Acoustics and Signal Processing Technical Committees.