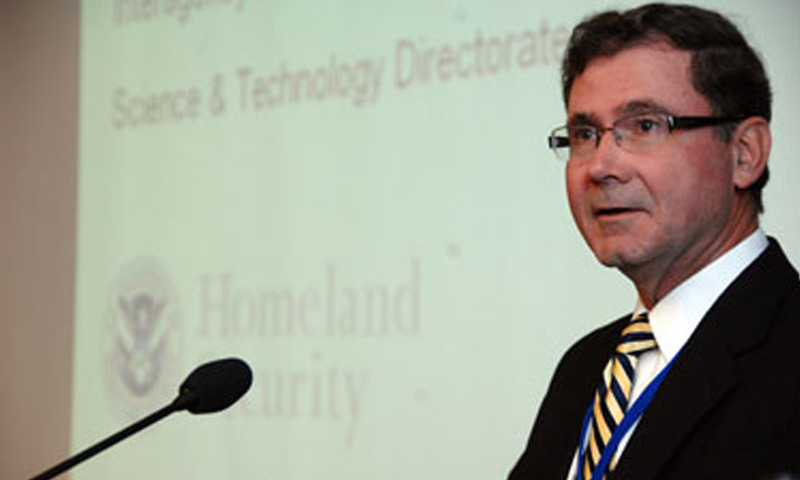 With the recent anniversary of September 11 providing a somber reminder to the importance of their mission, experts from around the country gathered for the 4th Annual Homeland Security Conference held at the Naval Postgraduate School (NPS).

Sponsored by the American Institute for Aeronautics and Astronautics (AIAA) Homeland Security Program Committee (HSPC), the weeklong conference brought together individuals from the public and private sector and Non-Governmental Organizations (NGOs) to discuss the needs and potential areas of opportunity in homeland security. Participants at the conference looked at border protection, interagency collaboration, cybersecurity and international cooperation as just a few of the critical issues facing the Department of Homeland Security today.

One of the major themes for the Conference, and one that has attracted plenty of attention from the Chief of Naval Operations recently, was the issue of cybersecurity and the importance of having reliable training programs in place to meet future challenges. Mid-week, the conference highlighted the achievements of The Air Force Association’s (AFA) CyberPatriot Program for its achievements as a far-reaching cyber-security effort in the interest of securing the United States’ cyber networks.

CyberPatriot is an educational program in which high school students around the country take part in cyber defense exercises in preparation for a national competition. The hope for the program is to provide an exciting and easy to use platform for getting young people interested in the Science, Technology, Engineering and Mathematics (STEM) fields.

The AIAA Homeland Security Program Committee (HSPC) selected AFA to receive the award “In recognition of galvanizing tomorrow’s workforce to help defend the United States Homeland in its operations and way of life in the cyber frontier.” Accepting the award on behalf of the AFA was Vice Chairman of the AFA’s Board of Directors for Aerospace Education, Sandy Schlitt. Remarks were also presented by HSPC Chairman Dr. Kevin Kremeyer on behalf of Dr. Paul G. Kaminski, Chairman of the CyberPatriot Board of Advisors. 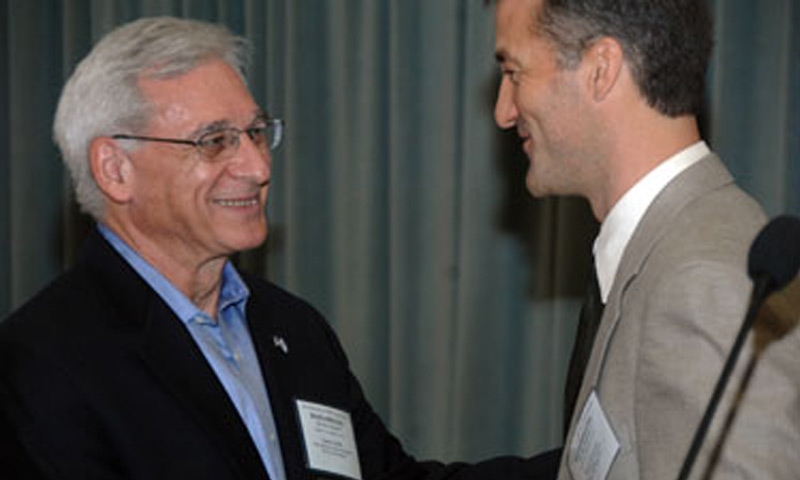 CyberPatriot, entering its second year as a national program, is expanding rapidly because of its unique model,” said Kremeyer. “It combines online education and preliminary competition rounds delivered over the internet, proceeding to in-person finals held in conjunction with AFA National Symposia. Designed to excite, educate and motivate the next generation of cyber defenders and other technically educated students the nation so desperately needs, the goal for the 2010-2011 school year is 1,000 teams reaching 100,000 students.”

Cybersecurity was a prominent theme among the speakers at the conference, drawing Schlitt and three others prominent in the cyber training arena for a panel titled Cyber-Security Training Programs. Dr. Cynthia Irvine, Professor of Computer Science at NPS and Director of the Center for Information Systems Security Studies and Research spoke about CyberCIEGE, a program that incorporates information assurance and cybersecurity training and education in an interactive gaming environment designed for a more technologically advanced audience.

“We need to be able to survive disasters and have systems that are resilient,” explained Irvine. “In other words, we need systems that can gracefully degrade and then reconstitute themselves. We need to be able to tell where our information is coming from. Right now there is a crisis in this country because a lot of young people are not going into science, technology and engineering fields. Some of the best and brightest students in our country are not engaged in those fields. Now, we are recognizing that for cyberspace, we need these people, and we need the efforts to get people interested in it.”

Resilience was a running theme in the conference, also present in the panels on interagency collaboration. Keynote speaker Randy Zeller, Director of Interagency and First Responder Programs, Science and Technology Directorate for the Department of Homeland Security, spoke about the importance of both the private and public sectors being prepared in the event of an attack or natural disaster. He noted that the common vision for all participants of the conference was to have “a homeland that is safe, secure and resilient against terrorism.” That vision means that the public and private sector must be willing and able to share information with NGOs and vice-versa. The interagency collaboration becomes critical in getting the right information and resources to first responders in a crisis. 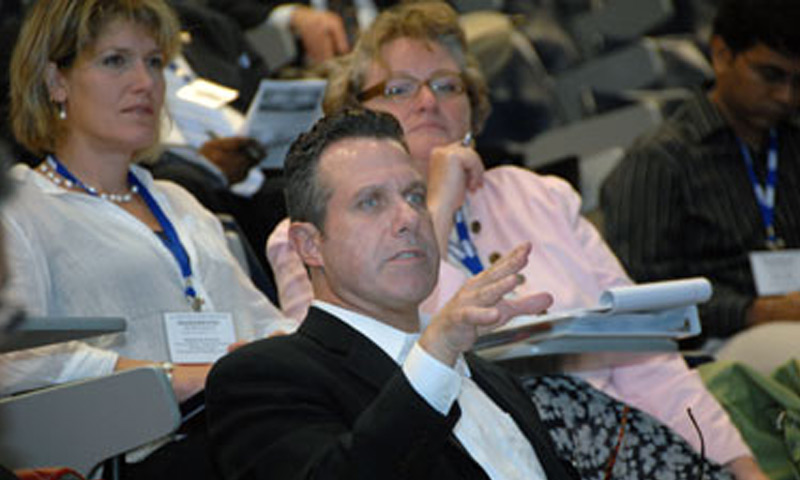 Attendees at the 4th Annual Homeland Security Conference engage with panelists during a discussion on information sharing and cyber security at NPS on August 31.

Zeller also noted that, while state and federal governments are more prepared and aware now about the potential for disaster, there is still room to raise public awareness on how to best prepare for an emergency. In a powerful statement to the meaning of resilience for a community, the country, and the world, Zeller offered an example to drive home the importance of being organized and able to unite after even the most devastating attack.

“On the evening of September 11, 2001, they did a news conference in the press area of the Pentagon,” said Zeller. “It was telling the world, ‘we’re here and this building is still up and operating. We aren’t going anywhere.’ That’s resilience.”

The conference gave participants a chance to collaborate on areas of opportunity for our national security, and a chance to discuss the kinds of technologies being developed to ensure that security. Zeller used airport security as an example of how the industry is rising to meet the growing challenges the enemy presents. He noted the timeline of safety measures like baggage scanners, removing your shoes when going through security, body scanning, pat downs, and the liquid ban. All have been implemented in response to a perceived threat, and technologies are still in development to further reduce the risk.

Zeller explained that as we develop security measures to counter potential terrorist tactics, the enemy will have to continue to develop expensive, more advanced ways to evading detection. In time, the hope is to make those efforts too complex and cost prohibitive for the enemy to maintain.

Another aspect of homeland security discussed was the security of our borders to the north and south. Michael J. Fisher, Chief of the U.S. Customs and Border Protection explained the current state of affairs along the southern border, and the progress being made in apprehension and intelligence. Like many of the other presenters, Fisher noted that training and vigilance are key areas of focus to all aspects of homeland security.

“The border environment is radically different today than it was ten or twenty years ago,” said Fisher. “Its radically different in some respects than it was a year ago. We are a lot closer to accomplishing our mission. People ask ‘what do you describe that mission to be?’ My answer is to substantially reduce the likelihood that dangerous people and dangerous things come in between the ports of entry. We are in the business of managing risk, just like many of you.”