AFIT Selects NPS Professor to be Next Provost

null AFIT Selects NPS Professor to be Next Provost

AFIT Selects NPS Professor to be Next Provost 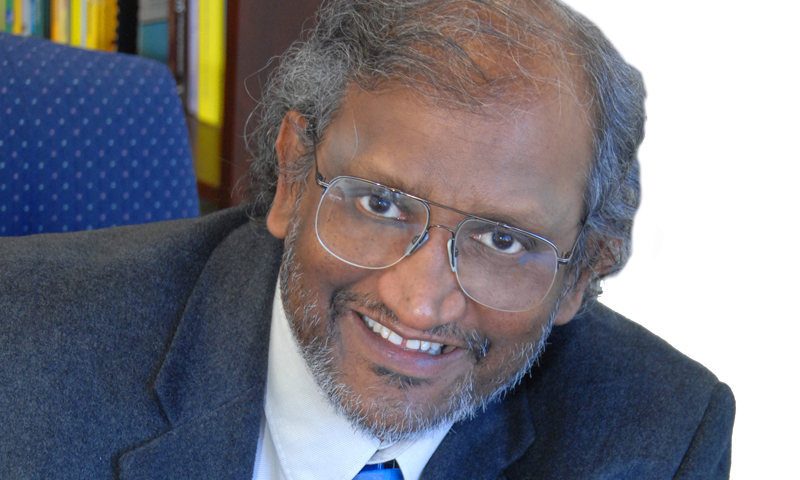 Naval Postgraduate School (NPS) Professor Sivaguru S. Sritharan, the director of NPS’ Center for Decision, Risk, Controls and Signals Intelligence and the former dean of the NPS Graduate School of Engineering and Applied Sciences, is pictured in his office at NPS. Sritharan was recently selected to serve as provost of the Air Force Institute of Technology (AFIT) Wright Patterson Air Force Base in Ohio.

Naval Postgraduate School (NPS) Professor Sivaguru S. Sritharan was recently selected to serve as the next provost of the Air Force Institute of Technology (AFIT).

“When this opportunity came around it was really a dream come true,” said Sritharan. “Serving as the provost is really the pinnacle of my career. It allows me to take what I have accomplished at GSEAS [Graduate School of Engineering and Applied Sciences] to a whole new level.”

“When I came to the U.S. from Sri Lanka in 1978, I wanted to achieve a position that would serve as a platform to advocate for high-speed aerodynamics, and the aeronautical and astronautical science disciplines,” continued Sritharan.

Sritharan is currently the director of NPS’ Center for Decision, Risk, Controls and Signals Intelligence and is a former dean of the NPS Graduate School of Engineering and Applied Sciences. He is excited to once again be working in area where researchers are doing important work that has always been close to his heart –high-speed delta wings and aerodynamics.

“Going to AFIT is exciting to me. When I went to school at the University of Washington, I worked on high-speed delta wings and high-speed aerodynamics, that was my first love … these are areas also important to the Air Force,” said Sritharan.

After reviewing the Air Force’s vision statement, “Our purpose is to ensure the Air Force can always provide responsive and effective global vigilance – global reach –global power,” Sritharan explored the various domains in which the Air Force operates. He is convinced that these are areas in which he can make a significant contribution.

“AFIT has evolved into a Science, Technology, Engineering and Mathematics plus Engineering Management (STEM+EM) university where the military sends its officers for advanced education,” said Sritharan. “My vision is to determine how I can link up with the Air Force across the DOD enterprise to achieve world leadership in these areas.”

Sritharan is widely published in the aeronautical sciences and in defense relevant mathematics. His work is motivated, in part, by defense science and technology requirements such as enhancing autonomy for unmanned aerial systems, directed energy weapons, signal and signature intelligence.

The Air Force Institute of Technology, or AFIT, is the Air Force's graduate school of engineering and management as well as its institution for technical professional continuing education. A component of Air University, AFIT is committed to providing defense-focused graduate and professional continuing education and research to sustain the technological supremacy of America's air and space forces.