Area Students Get a Call from Orbiting Space Shuttle Discovery

Area Students Get a Call from Orbiting Space Shuttle Discovery 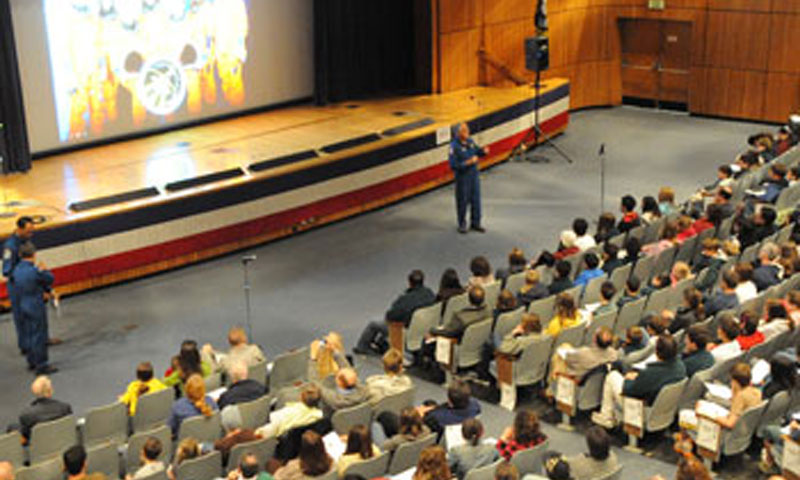 Former astronaut, now NPS Chair Professor, John Phillips gives a packed house of area students, parents and NPS community members an introduction to the STS-131 crew and what they can expect from the downlink. Phillips’ three expeditions into outer space include a nearly 180-day mission on board the International Space Station via the Russian Soyuz spacecraft.

More than 1,000 students, parents and members of the NPS community packed King Auditorium Saturday morning where they received a call from the Space Shuttle Discovery orbiting more than 200 miles into space — part of the NPS Centennial’s Education Downlink STS-131, Teaching from Space event.

Thanks to the diligent efforts of NPS’ Centennial Headquarters and faculty astronauts, NPS was approved as one of two locations to host an educational downlink from the Space Shuttle while on its 13-day mission to the International Space Station. Shuttle Commander and NPS graduate, Navy Capt. Alan “Dex” Poindexter, along with Mission Specialist Dottie Metcalf-Lindenburger and Pilot Air Force Col. Jim Dutton engaged approximately 700 students from across the Peninsula in a lively discussion about their mission and the realities of weightlessness in space, while select students were also allowed to ask questions of their own.

NPS’ own resident astronauts, Space Systems faculty Jim Newman, Dan Bursch and John Phillips — all veteran space travelers — opened the event sharing with the students their own experiences in outer space, and gave them a preview of what to expect from the downlink. 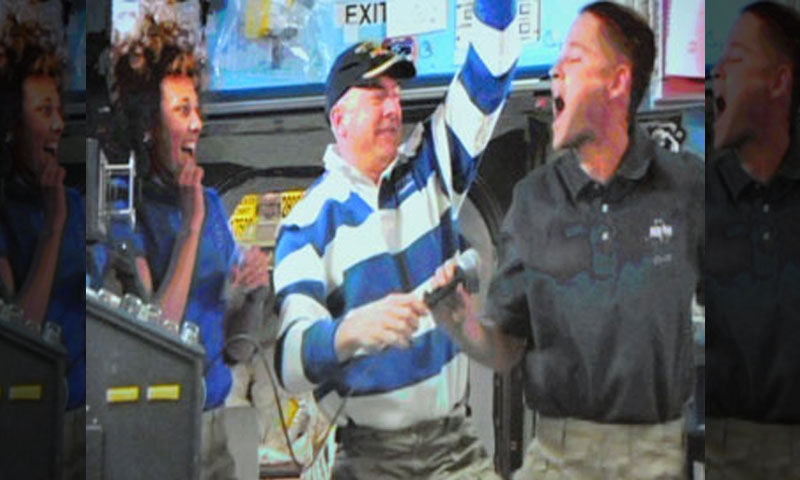 A big hit with the students was when Mission Specialist Dottie Metcalf-Lindenburger, a high school teacher in Vancouver, Wash., floated a snack across the screen to the waiting mouth of Pilot Air Force Col. Jim Dutton.

Students were immediately introduced to the visually-stunning impact of weightlessness as Metcalf-Lindenburger’s hair floated wildly in all directions while Poindexter was suspended upside down. But in spite of the fun, and great questions from the students such as whether or not the crew had seen any aliens, the downlink is really about education and opportunity.

“NASA’s very charter includes educational outreach as one of its important activities,” said Newman, a member of four space shuttle flights from 1993-2002. “With its goals of exploration and discovery, it has been recognized since NASA’s inception that the space program provides a unique opportunity to motivate young people.  Science, math, and engineering can be difficult subjects, and we as a country need to offer many reasons why kids should study hard in school. I think that NASA’s human spaceflight program and its science and robotics programs are some good reasons ... And, in the end, it is rocket science.” 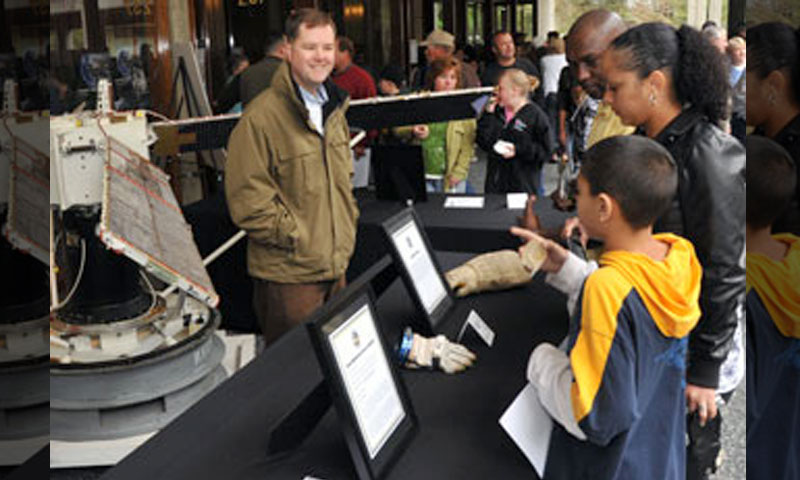 NPS boasts more astronaut graduates than any other graduate-level institution in the world. In its role as a university that is educating tomorrow’s cadre of space travelers now, according to Director of Alumni Relations and Centennial Planning Kari Miglaw, where better to expose the next generation’s pool of potential astronauts than the Naval Postgraduate School.

“This event was a wonderful opportunity to showcase our university and the impact we can have on individual lives,” said Miglaw. “I saw a lot of amazed faces in the crowd today, and I wouldn’t be surprised at all if in 20 years, one of these students here today returned to NPS to study Space Systems along his or her own journey to becoming a next generation NASA astronaut. Inspiration is powerful, and I think we inspired a few students today.”