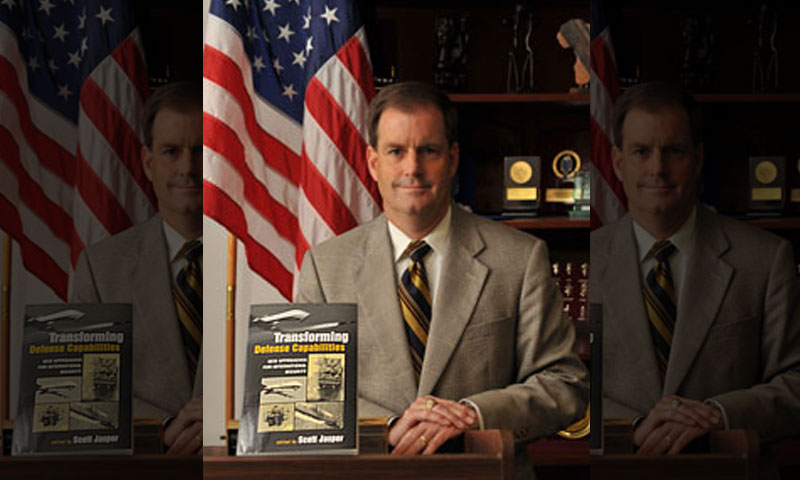 When he touches down in Argentina the weekend of Apr. 17, Naval Postgraduate School lecturer in the Center for Civil-Military Relations (CCMR) and Department of National Security Affairs retired Navy Capt. Scott Jasper will be carrying hot-off-the-press copies of his pioneering book Transforming Defense Capabilities: New Approaches for International Security. The anthology will form the core of a “Capabilities-Based Operations” executive course for 40 senior Argentine military officers and Ministry of Defense officials, the first of many bilateral and partner nation courses using the text.

“Until now, international military decision makers have had no concise and comprehensive guide or reference for commonly accepted principles and practices that can be used to implement transformational concepts and procedures that apply to all military modernization and innovation strategies for both irregular and conventional warfare,” Jasper said. “There wasn’t a single volume that pulled together the disparate concept papers and command instructions into one coherent set, and this book fills that void. It’s exciting that it will be of real value and use for the Center’s programs at NPS and abroad, as well as at Professional Military Education institutions in the U.S. and in NATO and partner nations.”

Jasper teaches courses in international defense transformation for CCMR and the National Security Affairs Department. He earned a Master of Business Administration from San Jose State University and a Master of Arts in National Security and Strategic Studies from the Naval War College. He is currently working on a follow-up edited volume on specific applications of capabilities-based defense transformation, Securing Freedom in the Global Commons.