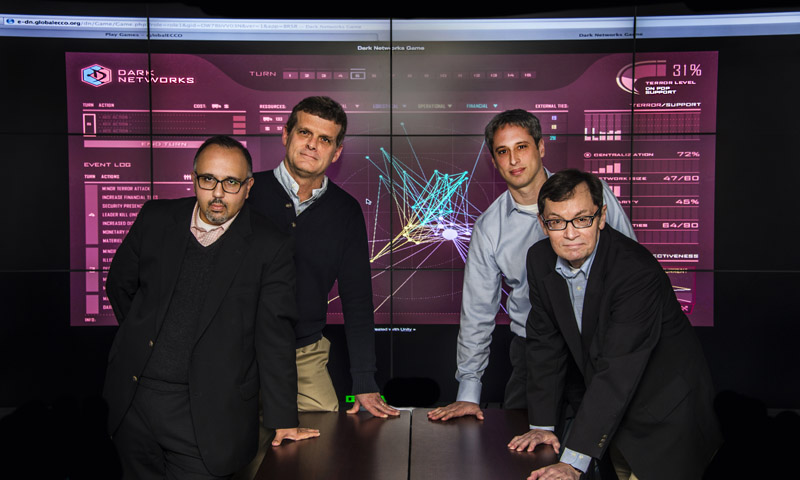 Students and faculty at the Naval Postgraduate School (NPS) are contributing to U.S. efforts to counter terrorism with the weapons they understand best – graduate education and research.

NPS Department of National Security Affairs (NSA) Chair Dr. Mohammad Hafez is on the frontlines of that effort. His contributions to understanding and combating terrorism include more than 15 years of research into, and teaching about, political and religious violence.

“For the past 15 years, I have been really interested in the broader issues of why people kill each other for political reasons, and why they are increasingly killing themselves and innocent civilians. More recently, I have focused on domestic extremism,” said Hafez.

“We came up with the idea that the only pattern that links episodes of radicalization are grievances, networks, ideologies and enabling structures,” said Hafez. “But the most critical variable in radicalization is small group networks. We often focus on individual motivations for extremism, but we should really be focused on small group dynamics.”

The university has been at the forefront of research into small, extremist organizations, groups that NPS Department of Defense Analysis Associate Professor Sean Everton calls “dark networks.” His ground breaking book, titled “Disrupting Dark Networks,” is considered a major contribution to the counter terrorism effort.  And while Everton and his colleagues at the university’s Common Operational Research Environment (CORE) Lab have offered important insights into the tracking and disrupting of dark networks, Hafez is focused on the process that leads people into the arms of radical groups in the first place.

“Not all radicalization is the same,” Hafez explained. “You get lone wolfs who kill people. You also have instances like the Paris, Charlie Hebdo, and London bombing attacks, or even 9/11. But, what makes radicalization into this very effective form of terrorism are its enabling structures.”

A primary enabling structure that Hafez is referring to is the presence of training camps in failed and failing states like Iraq, Syria, Libya, Yemen and parts of North Africa.

“There has to be an effort to destroy those camps. As long as they exist, they are the universities that produce terrorists,” said Hafez. “Something has to be done about a group like ISIS … but how does one achieve that without getting involved in costly foreign entanglements? This is a world problem and we need a coalition of countries to confront it.” 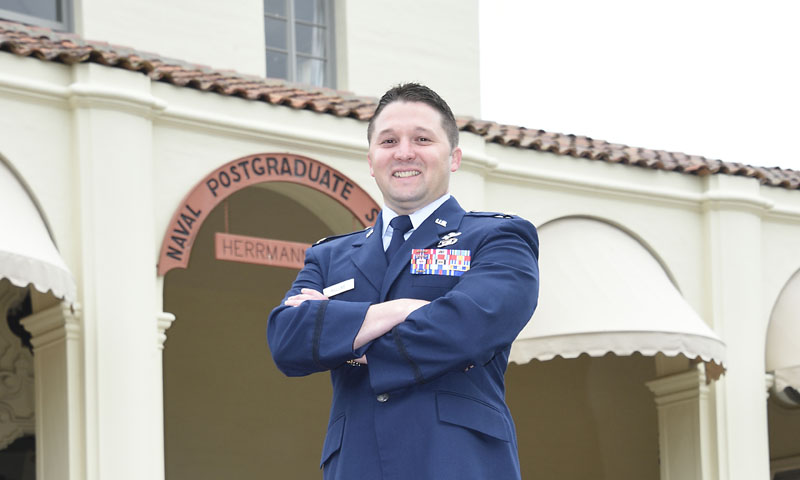 NPS students play a critical role in the university’s collective of counter-terrorism research and analyses through their thesis work. Recent graduate U.S. Air Force Maj. Creighton Mullins garnered significant attention for his studies in radicalization, many of which are detailed in an article he published with Dr. Mohammed Hafez entitled, “The Radicalization Puzzle: A Theoretical Synthesis of Empirical Approaches to Homegrown Extremism.”

Former Navy intelligence officer turned academic, NPS Associate Professor Erik Dahl teaches for both NPS’ NSA department and the Center for Homeland Defense and Security (CHDS). He is also contributing to the university’s counter terrorism education efforts. Dahl is focused largely on domestic security, and what he describes as the “balance between security and liberty” that is found at “the intersection of intelligence, terrorism and homeland security.”

“We are trying to develop the intellectual abilities of the next generation of homeland security leaders in this country,” said Dahl.

NPS’ CHDS brings together working professionals for an 18-month hybrid program that combines online course work with a series of two-week residency periods at the university. It is designed to offer advanced homeland security and counter terrorism education to homeland security professionals at the federal, state, local and tribal levels, especially those unable to leave their jobs to pursue full-time graduation education.

“They are learning about the broader aspects of how America conducts homeland security and how it integrates military and civilian capabilities,” said Dahl.

To that end, Dahl and two other faculty members recently took a CHDS class to Levi’s Stadium in Santa Clara, California, where they saw first-hand the lengths to which law enforcement and counter terrorism experts are going to ensure safety during Super Bowl 50. Salinas City Councilwoman Kimbley Craig was one of those students.

“It’s unbelievably impressive what they have going on up there,” said Craig. “Behind the scenes, as a person going through a master’s in homeland security, it’s just really impressive.”

Craig is completing her second semester at CHDS where she is studying unconventional threats to national security. She hopes to apply what she has learned to her city and some of the challenges that it faces.

“It’s not just about terrorism, it’s also about natural disasters and other issues, this sort of education is important for local officials who work with state and federal authorities,” said Craig. “It’s important to have that level of communication going on between local, state and federal agencies. It’s about opening the lines of communication and not siloing information at times when it is critical to share it.”

Craig also points to the importance of thinking outside the box when it comes to countering terrorism and other complex problems. She says that her NPS education has gone a long way toward helping to her to think about the problems that Salinas faces.

“As a councilwoman for the city of Salinas, we have a lot of issues. We have a gang contingency and drug trafficking that we are dealing with as well as human trafficking … My job as a policy maker is to identify the city’s vulnerabilities and address them,” Craig explained. “Being in this class has been incredibly insightful, in regard to understanding the vulnerabilities of our city, and it has led to a realization that we need to change our policies toward our residents. We need to be looking at homeland security from a much more comprehensive approach,” said Craig.

“Two sides play against each other. The games are strategically interactive with both positive and negative consequences for decisions,” said Freeman.

Freeman notes that his games and the academic work that accompanies them, help his students to combine a scholarly understanding of terrorism and counter terrorism with the real-world experiences they gleaned during deployments to places like Afghanistan and Iraq.

“It was a really good game. It worked very well because, when you played either the state or the terrorists, policies that you made in the first round affected what you could or could not do in the second round.

“Being from a special forces background, it was good to be able to apply things that I had learned during my previous deployments in a controlled, simulated environment. The games allowed us to test different strategies without real-world risk and provided us with instantaneous feedback,” said Burton.

Freeman’s GlobalECCO project also publishes the CTX Journal where students and alumni can exchange ideas and lessons-learned from the field of counter terrorism. The publication is available online and is offered free of charge to the public.

And while Freeman, Hafez, Dahl and Everton’s work is contributing to efforts on the front lines of U.S. counter terrorism campaigns, it is really just the beginning. At NPS, students and faculty alike are contributing to important conversations and helping to inform U.S. leadership in this challenging area of both academic study and operational necessity.