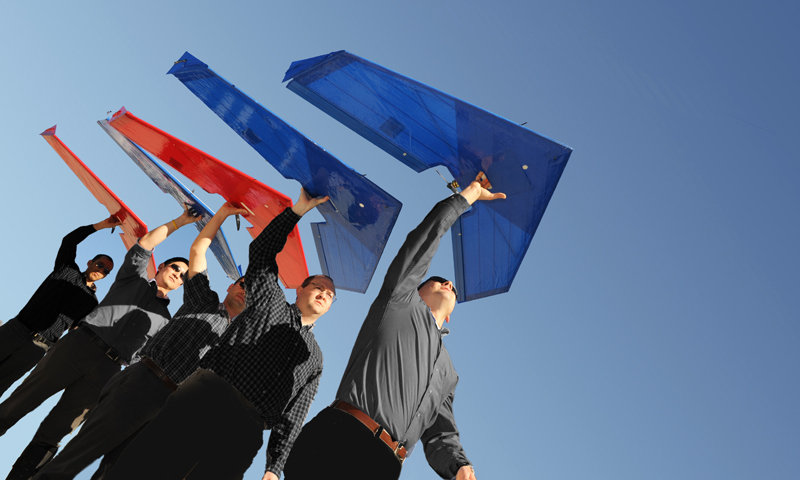 Unmanned systems have proven valuable and are well integrated into offensive mission sets – from gathering ISR (intelligence, surveillance and reconnaissance) to delivering payload. While researchers at the Naval Postgraduate School are examining a wide variety of these and other uses of unmanned systems, NPS faculty have also began looking into expanding the use of Unmanned Aerial Vehicles (UAVs) in defensive missions as well.

“Research into concepts and tactics to counter unmanned systems is as important to military operations as research into our use of these systems,” explained retired Navy Capt. Jeff Kline, Senior Lecturer in NPS’ Operations Research department and Director for the Consortium for Robotics and Unmanned Systems Education and Research (CRUSER). “Many of our potential adversaries have advanced unmanned capabilities that present real challenges to our operating forces.”

NPS Assistant Professor and Director of Research and Education for CRUSER, Dr. Timothy Chung, is working on developing a way to test swarm versus swarm tactics to counter an adversary’s UAVs. He is the Principal Investigator on a project titled, “A System-of-Systems Testbed for Counter Unmanned Systems Tactics Development and Research,” which looks at creating a competitive environment for swarm UAV testing.

“Swarming is the notion of having multiple agents that work in a coordinated manner to achieve some sort of objective,” explained Chung. “It is relevant in our work here at NPS because with the presence of unmanned systems, we need to start thinking about scenarios where we or an adversary might start using large groups of these unmanned systems in a combined way.”

CRUSER’s research in swarm UAV tactics is, in part, in support of a classified research report known as Project Jason, established by Kline. Project Jason attempts to characterize and understand the threats posed by swarms of UAVs, such as the Harpy, an unmanned aerial vehicle produced by Israel Aerospace Industries. Project Jason has led to a number of classified student theses projects exploring these threats.

“These Harpy UAVs are deployed in large numbers, and they typically zero in on a particular high value target and dive bomb it,” explained Chung. “Project Jason is essentially studying the problem of defeating the Harpy threat.”

One of the obvious challenges in operating swarms of UAVs is getting the systems to coordinate themselves and maintain their mission capabilities even in the event that one or some of the vehicles malfunctions. Chung noted that the solutions to these challenges cannot be solved by only one discipline or department, and his research has and will continue to draw from the expertise of various departments across campus. He cites a recent example which includes the university’s MOVES Institute to explore the human component of unmanned systems.

“What are the limits of a human operator’s attention?” Chung said. “When something in a complex system of systems goes wrong, how do you deal with it? You don’t want the operator to have to drop everything. You don’t want the shepherd to ignore the entire flock if just one sheep goes astray.

“So the swarm system needs to be smart enough to adaptively reconfigure to adjust for that loss,” he continued. “Or if I send in reinforcements, they should be absorbed by the swarm without explicit direction by the operator. They should deduce and response to changes themselves. And that’s where the autonomy research and the artificial intelligence of these systems comes into play.”

The CRUSER team sees NPS as the ideal place to implement such multidisciplinary research in unmanned systems. Since unmanned systems dominance remains a top priority across the services, Chung is working to establish a grand challenge competition which would put the students’ experience and education to the test with live-fly experiments involving 50 versus 50 UAVs. His goal is to have the competition operational by 2015, and open for NPS and interested teams to “duke it out over the skies of Camp Roberts,” referring to the site of active NPS field experimentation efforts.

One of Chung’s key research visions is to inspire researchers and students at NPS and beyond to explore the operational potential of swarming unmanned systems and innovations in tactics they will require. The emphasis is in employing these systems to enhance the defense of the Fleet and armed forces; however, the competition highlights the need to pursue both sides of combat.

“Despite the real-world threat that swarm UAVs could pose, we cannot just study defense,” he said. “Defense is closely integrated with offense, so combining those two in kind of a competition environment allows both teams to develop both offensive and defensive tactics.”

In DoD, academic and industry contexts, large-scale experimentation of swarming aerial robots has yet to mature significantly, although recent projects have begun to push the envelope. Such a swarm test-bed presents several challenges for researchers looking to get 100 or more five-foot wingspan UAVs into the air at one time – as would be the case in the competition.

“The way UAVs are currently operated, you could probably have one person operating three of four vehicles, but you would still need people to help launch and people to take over in the case of an emergency,” explained Chung. “Right now, the requirements typically are one or more people per platform, which is clearly infeasible with 100 UAVs. We need to develop the capabilities and the technology to be able to manage larger numbers.” Understanding the full implications of these system-of-systems also calls for analysis of issues such as maintenance and manning, test and evaluation, and even total ownership costs.

There are plenty of basic and applied research challenges, let alone logistical ones, presented when trying to conduct a mission employing many UAVs in the sky simultaneously, but Chung feels that NPS is uniquely equipped with the initiative, resources, and expertise to be the first to fully explore the potential of these future defensive unmanned system swarms.

On this point, “the greatest assets are the students themselves,” remarks Chung. “Our students are operationally seasoned with incredible real-world experiences. In fact, many of them have performed missions with existing unmanned systems, if not innovated their employment tactics themselves.” He goes on to say, “these students are the forerunners of the next generation of military leaders of the robotics era.”

With future concepts and experimentation efforts Chung hopes to educate and inspire further generations to come.