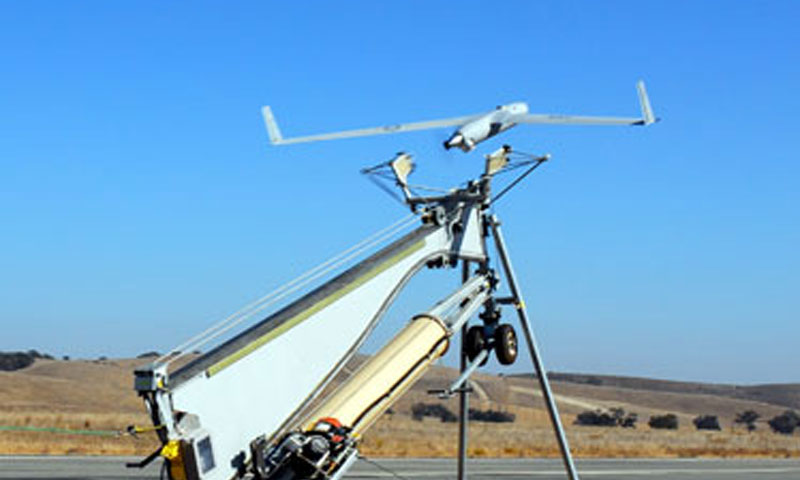 The “SIGEAGLE” is actually a modified ScanEagle, an unmanned aerial system widely used across the services in the operational theatre. This modified version equipped the ScanEagle with a “Firefly” payload that provides enhanced geolocation capabilities and improved situational awareness. Using the SIGEAGLE, Marine units on the ground can identify enemy radio targets at a much faster rate and with increased accuracy.

Warfighters in the battlefield typically have to wait several years for new technologies to trudge through the defense acquisition and field-testing/evaluation processes. But an expanding effort at the Naval Postgraduate School is changing that. In fact, right now, U.S. Marines on operations in Afghanistan are taking advantage of a brand new surveillance and situational awareness tool that, less than a year ago, did not exist.

For that tool, dubbed SIGEAGLE, those Marines can thank the USSOCOM - NPS Field Experimentation Cooperative, an all-inclusive, campus wide endeavor that unites advanced research efforts through nearly every department into a cumulous quarterly field exercise in Camp Roberts, Calif.

With help from NPS faculty and student researchers involved in the Field Experimentation Program, the SIGEAGLE went from initial concept to the battlefield in just nine months, according to Information Sciences Associate Professor Ray Buettner, Director of Field Experimentation at NPS. “The normal acquisition process is about five to 10 years, so we’re really proud of this,” he said.

SIGEAGLE is part of a project sponsored in part by the National Security Agency and is currently being deployed to Afghanistan. The “SIGEAGLE” is actually a modified ScanEagle, an unmanned aerial system widely used across the services in the operational theatre. This modified version equipped the ScanEagle with a “Firefly” payload that provides enhanced geolocation capabilities and improved situational awareness. Using the SIGEAGLE, Marine units on the ground can identify enemy radio targets at a much faster rate and with increased accuracy.

According to Buettner, in addition to the SIGEAGLE, nearly a dozen new technologies supported by Field Experimentation (FX) research have been moved to the battlefield within the last year.

The Field Experimentation Program was established a few years ago through an agreement between NPS and U.S. Special Operations Command. Establishing director of the program, Distinguished Professor Emeritus Dave Netzer, built the effort into the interdisciplinary, cumulous operation that it is today, a program that is truly one-of-a-kind in defense relevant research.

“The NPS Field Experimentation Program occupies a unique space; it's not just validating vendor-supplied hardware, nor conducting exercises however complex. It's real science and technology, real exploration of new concepts, witnessed by the fact that we have our first two ‘Netzer pre-doctoral Fellows’ doing their Ph.D. thesis research there,” said NPS Vice President and Dean of Research Dr. Karl van Bibber. “But the real secret is that the research there is operationally inspired, and that's why the work there can get back into the operational theatre so quickly.”

Now headed by Buettner, the program has since expanded significantly, providing greater coordination for field experiments, and creating a comprehensive set of guidelines for research operations at the school. 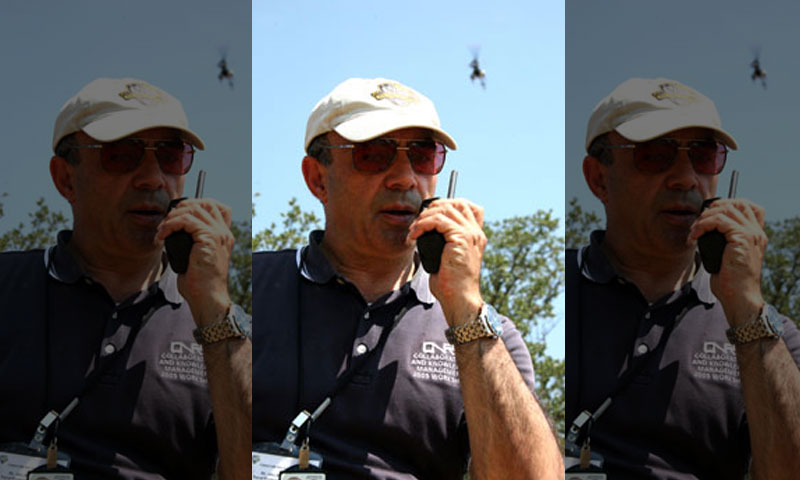 By providing greater structure and support to its researchers, NPS also hopes to integrate more of its resources at a cross-campus level.

“FX Research here is not just a departmental asset or an institute asset, it’s really a university asset,” Buettner said. “This program provides an overarching framework that will help the outside world see FX as a coherent NPS capability … this is an alignment of some our best independent research programs.”

The central feature of the FX Cooperative is the quarterly research event at Camp Roberts where researchers and students from across campus conduct field experiments and collaborate with other universities, military units, government agencies and industry.

Buettner explained that the quarterly field experiment encourages innovation by creating an environment where faculty and students can work collaboratively with each other while accessing a number of resources.

“We typically have about 50 experiments at this event, which include everything from experiments on biometrics to studies on how the first responder and military communities interact,” Buettner said. “Anyone at the school can participate and conduct studies on anything they want.”

For the summer quarter, the Field Experimentation program sponsored a 10-day research event that drew hundreds of participants and observers. Attendees included 146 representatives from local, county, state and federal government agencies; 148 representatives from 46 companies, including Google and Raytheon; 36 people from four other universities (Harvard, MIT, Georgetown and UC Berkeley), and six representatives from three foreign countries.