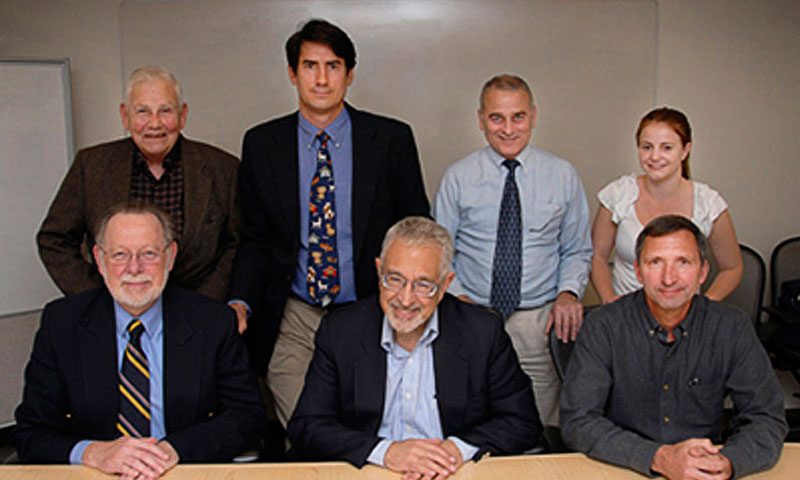 The first cohort of a jointly developed and jointly instructed, part-time distance learning Master’s Degree in Cost Estimating and Analysis (MCEA) program got underway this quarter at the Naval Postgraduate School (NPS).

The 24-month program, sponsored by the Naval Sea Systems Command (NAVSEA), is a joint project between NPS and the Air Force Institute of Technology (AFIT) and is offered to government civilian employees and active duty military personnel.

The MCEA was started in an effort to train government employees in cost estimation as an immediate response to the Weapons System Acquisition Reform Act of 2009 (WSARA 09) signed by President Barack Obama.

"As commander in chief, I will do whatever it takes to defend the American people …  but I reject the notion that we have to waste billions of taxpayer dollars to keep this nation secure,” said Obama in a Rose Garden ceremony in 2009 before signing the act. “When it comes to purchasing weapons systems and developing defense projects, the choice we face is between investments that are designed to keep the American people safe and those that are simply designed to make a defense company or a contractor rich. Wasteful spending comes from exotic requirements, lack of oversight and indefensible no-bid contracts that don't make our troops or our country any safer."

The positive response to the initiative was evident in the number of applicants to the NPS/AFIT program. In total, 75 students from different government agencies such as NAVSEA, the Naval Undersea Warfare Center, the Air Force Cost Analysis Agency, the Air Force Space and Missile Center, and the Naval Center for Cost Analysis, among others, applied for the first MCEA cohort. In the end, the first class launched with a 30-student cohort comprised of mainly civilians from the different agencies.

“The MCEA program is the only one of its kind,” Mislick added. “It is the only distance learning graduate degree in cost estimation available to government employees. One of the significant aspects of the program is that it is specifically geared towards cost estimation. In the past, cost estimators that wanted to further their education had to take courses from separate programs to strengthen their skills. Now they have it all in one curriculum.”

The program is also led by Dr. Daniel Nussbaum of the OR department in collaboration with Professor Alfred Thal of AFIT. It includes selected courses from operations research, the Graduate School of Business and Public Policy, and AFIT with focus on specific military cost-related topics to prepare students for an array of demanding functions in the DoD.

The curriculum is presently being delivered by two methods: asynchronously, and via video tele-education (VTE). This delivery offers the student options and flexibility with a combination of web-based, online and video conferencing. Asynchronous, meaning without a scheduled classroom time, allows the student to work on their courses at their convenience. VTE offers a more traditional interaction where students attend a video teleconferencing facility at the same time each week for three hours.  The second cohort for this program is scheduled to begin in March 2012, based on student demand. Later cohorts may begin every six months thereafter.

Applicants are required to have command endorsement and funding, be U.S. Government civilians (GS), U.S. military officers, enlisted personnel, or DoD contractors. They must have a bachelor’s degree with a grade point average of 2.2 or better and a multivariate calculus course with a grade of C or better. Waivers will be considered for personnel that don’t meet these requirements.

For more information on the program and for application information, visit the MCEA program website.