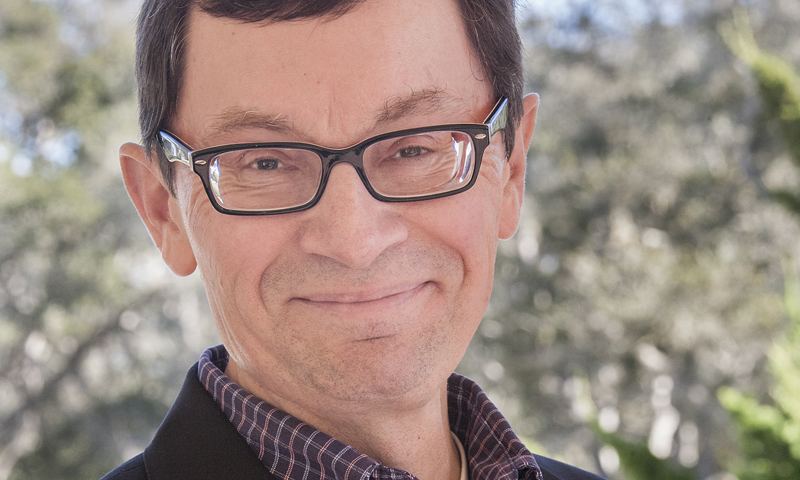 Former Navy intelligence officer turned academic, Naval Postgraduate School (NPS) Assistant Professor Erik Dahl teaches at both NPS, and at its Center for Homeland Defense and Security (CHDS). Dahl’s expertise is focused largely on domestic security, and what he describes as the “balance between security and liberty” that is found at “the intersection of intelligence, terrorism and homeland security.”

Dahl is a prolific writer on the subject of balancing security with civil liberties “Many of our leaders argue that you do not have to sacrifice civil liberties to have security, but I don't buy it,” said Dahl. “History shows that when we have endured crises, we have given up [some of our] civil liberties.”

Dahl contends that when civil liberties are at stake, appropriate measures and safeguards must be in place.

“There are two things that must happen first,” explained Dahl. “First we need to have a public discussion about what we are giving up. The American people need to be informed … The main purpose of my work is to help engage [them] in a better discussion.

“We also need to be able to move the pendulum back after a security threat recedes, but I don't think we have done that since 9/11. My personal belief is that we need to start moving the pendulum back toward civil liberties,” Dahl continued.

Still, Dahl acknowledges that it is not easy for a government to give up a privilege once taken. Discussions on this point have become increasingly prevalent in light of the ability of both governments and private corporations to track and monitor citizens/consumers online.

Although much of the public debate is over how much data private corporations gather on individuals, Dahl says he is more worried about what the government is doing.

“When we talk about domestic surveillance, the dots that the intelligence community are collecting [and connecting] are you and me,” he said. “When the dots are you and me, we have to set the bar higher. People in the future may say that we went too far, and that’s why open decisions and oversight is necessary.”

He further illustrated his point by quoting Royal Professor of Law John MacArthur Maguire who famously described laws as “the wise restraints that make men free.”

“The problem with our current domestic intelligence and surveillance programs,” Dahl said, “is that they don’t appear to be very wisely implemented, and they infringe on our personal freedoms more than they need to.”

Dahl’s circuitous path to academia and the ideas that he espouses are a story in and of itself. It’s a path that took him from the storied halls of Harvard, to a brief stint as a reporter for a small-town newspaper, and finally to a naval career followed by graduate and doctoral education at Tufts College. Dahl’s life experience has certainly shaped his outlook, but so too has his daily interactions with the students he teaches. In addition to teaching U.S. and allied officers at NPS, Dahl’s work with its CHDS allows him to exchange ideas with federal, state and local civilian officials including security and intelligence officials ranging from the New York Police Department (NYPD) to the FBI.

His latest article, “Finding Bin Laden: Lessons for a New American Way of Intelligence” published in Political Science Quarterly, grew out of discussions between Dahl and members of the NYPD in his courses at CHDS.

“I’m interested in the intelligence side [of how we found him], why did it take 10 years?” asks Dahl. “Why did the biggest, most expensive and most effective intelligence system in the world take 10 years to find the most recognizable bad-guy on the planet?”

After scouring unclassified sources, Dahl came to the conclusion that the way the American intelligence system had evolved from the Cold War to today is good at catching terrorists, but not as capable as it should be at preventing their attacks or addressing the many other threats our nation faces.

“We got very good at ‘finding, fixing and finishing’ terrorists around the world, but are those the things that America needs today, particularly against domestic terrorist threats?” Dahl asks.

For Dahl, teaching and writing about these important issues is only part of what he feels the public has charged him and colleagues to do. He is a vocal advocate for engaging with the public - an exercise that he considers a “civic duty,” both for himself and his students.

“I enjoy not just engaging with students in the classroom, but with local organizations and with others at conferences around the country. I think that [this sort of engagement] is an important part of our job,” said Dahl. “We should be instilling a desire to think and debate the important issues of the day, both in our students and the community. That’s why the people of this country pay us, to teach our students, but to also stimulate important discussions among our students and the public.”