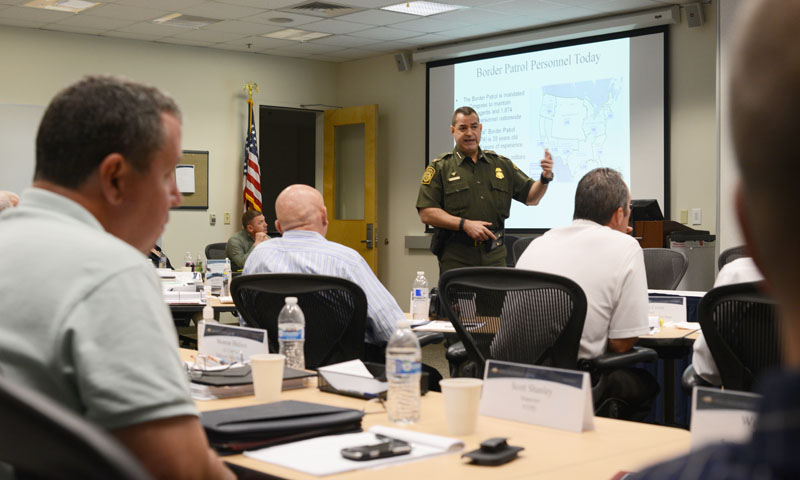 The Naval Postgraduate School (NPS) has been at the forefront of the Navy’s efforts to provide its officers with a defense-focused graduate education for decades. By taking advantage of the intellectual capital among its faculty, however, the university has developed several executive education programs that broaden the impact of the NPS mission throughout the service and the DOD.

Executive education offerings at NPS range from advanced topics in homeland security to tailored courses for senior military officers and civilian leaders preparing for their next assignment, and from defense resource allocation programs to efforts in building partner capacity and strategic relationships.

NPS’ Center for Homeland Defense and Security (CHDS) is the nation’s premier graduate education provider in homeland security. Beyond the master’s curriculum, CHDS offers an Executive Leaders Program catering to senior government executives and officers representing federal, state and local organizations with a stake in homeland defense and security. Their offerings answer critical questions in the realms of counter-terrorism, counter-radicalization, force protection, intelligence and information sharing.

“It enables senior officials to interact with homeland and national security leaders in a way that is not offered in any other place,” said CHDS Director Dr. Glen Woodbury.

“This program has been a success. Our mission is to create a cadre of leaders who can handle complex issues and think critically,” added CHDS Director of Communication Heather Issvoran. And NPS’ cadre of CHDS alumni have put those abilities to the test time and time again in crisis response centers and battlefields around the world.

Another major contributor to executive education at NPS is the university’s Defense Resources Management Institute (DRMI), which recently celebrated 50 years of educating national and international defense leaders with an eye toward creating sound fiscal policy and the efficient allocation of precious defense resources.

Perhaps DRMI’s mission can be best summed up in the words of former British Prime Minister Winston Churchill who said, “Gentlemen, we have run out of money. Now we have to think.”

Since its first course in 1965, DRMI has educated approximately 15,000 U.S. students and nearly 21,000 international students from 171 different nations. DRMI graduates include prominent world leaders like His Majesty King Abdullah of Jordan, several ministers of defense and ambassadors, and other dignitaries from around the globe.

“Our goal is to develop a broad-based analytical framework for defense decision makers emphasizing the economic and efficient allocation of defense resources, and to provide an environment for the comparative exchange of ideas related to the management of national security,” said DRMI Executive Director Dr. Natalie Webb, a professor in NPS’ Graduate School of Business and Public Policy. 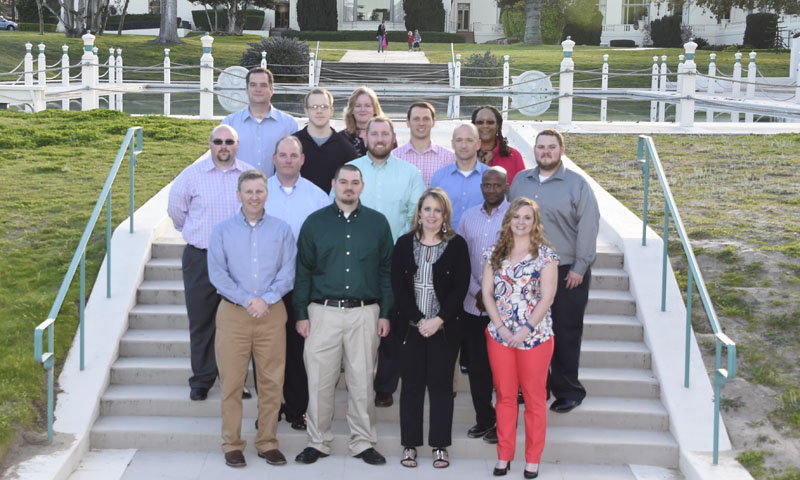 Under Secretary of Defense (Comptroller) and Chief Financial Officer, the Honorable Mike McCord weighed in on DRMI’s continued contributions toward the education of DOD policy makers.

“Many things have changed over the last 50 years, from the Cold War to a man walking on the moon and the fall of the Berlin Wall. For DRMI to stay relevant over this period of incredible change is a remarkable testament,” McCord said.

The Navy Management Systems Center, which eventually became DRMI, was established in 1963 by then Secretary of Defense Robert McNamara. Before he led the DOD, McNamara was the CEO of Ford Motor Company, and would eventually apply some of the private sector economic principles that led to his success in the automobile industry to the DOD.

“McNamara installed the Planning, Programming and Budgeting System [PPBS], which is still in use today. It requires good economic analysis, because the main problem in defense economics is the allocation of scarce resources among many competing interests under conditions of uncertainty,” explained unofficial DRMI historian and NPS Professor Emeritus Dr. James Blandin.

If the success of its distinguished graduates is any indicator, DRMI’s contributions to the DOD and its most senior leaders have answered McNamara’s challenge.

NPS’ Center for Executive Education (CEE), as its name suggests, is the Navy’s pre-eminent provider of customized executive education programs that address the strategic needs of the Navy. One of several efforts, the Tailored Support Program, provides senior Navy officers with a customized education immersed in the global and regional challenges of their designated future commands.

“The [Navy] wanted a way to provide additional support to flag officers as they transition to positions of greater responsibility and visibility,” said CEE Director Winli McAnally. “We help them see different perspectives of the business they will be doing. By gaining these perspectives, they are able to approach their new commands with tools that will make them more effective.”

McAnally works closely with course participants to create a syllabus tailored to the specific goals and interests of its executive attendees. In doing so, she leverages NPS’ diverse intellectual capital already in residence on campus.

“The great thing about this program is that we pull faculty from across NPS,” McAnally said. “It really highlights the resources, the faculty and the research that NPS conducts, and has led to research opportunities for our faculty members.”

Prior to assuming command of the U.S. 3rd Fleet in 2013, now retired Vice Adm. Kenneth Floyd, like many others before him, spent several days at NPS where took part in a series of one-on-one sessions with university faculty.

“NPS offers a guy like me the chance to really think about what I'm getting into and facilitates that with an incredible number of some of the world’s experts in their fields,” said Floyd. “Training dollars are tough to find right now and I feel very fortunate to have been able to attend this course. I will continue to avail myself of these resources and recommend others do so as well.”

Another front in NPS’ effort to provide executive education is the university’s Center for Civil Military Relations (CCMR), which was established in 1994 to support emerging democracies in the post Cold War era. Today, CCMR has expanded its focus to building partner capacity and improving international relations and interagency cooperation.

“We often bring together a variety of people, who have never gotten together before, from across foreign governments or our own governments and other agencies,” said CCMR Director Richard Hoffman.

“We learn as much from the students as they learn from us. We facilitate the discussion. They all bring their individual perspectives, experiences and expertise, but often times they have not really come together to look at a problem, like what they would do to address a refugee flow, a natural disaster, or respond to a weapon of mass destruction,” said Hoffman.

CCMR efforts have included advisory missions to Albania, counter-terrorism efforts in South East Asia, as well as work in the areas of maritime security with special attention given to the challenges of human migration and instability.

In addition to several non-degree executive education and professional development programs, NPS also provides an Executive Master of Business Administration (EMBA) degree through its Graduate School of Business and Public Policy (GSBPP). Harnessing the power of distance learning, the EMBA program develops executive level skills in the areas of defense management and leadership to senior leaders whose schedules do not allow them to participate in NPS’ resident offerings.

“I really think the EMBA program will help Panama City with new ideas and insights into processes, program management, and how we conduct business,” said Jonathan Armstrong from the Panama City cohort. “A few years ago, I started looking into the EMBA program after I received positive information from other Naval Surface Warfare Centers that had gone through the program.”

NPS’ mission is to provide graduate education to officers in the Navy, Marine Corps and all of DOD, but by capitalizing on the broad expertise reflected in its faculty, the university has been able to add several executive education and professional development programs to its lineup. Although each are quite unique, they all share a common goal still very much grounded in the NPS mission, to improve the national security of the United States by ensuring executive leaders throughout the defense enterprise are ready and able to address our nation’s most challenging crises when it matters the most.