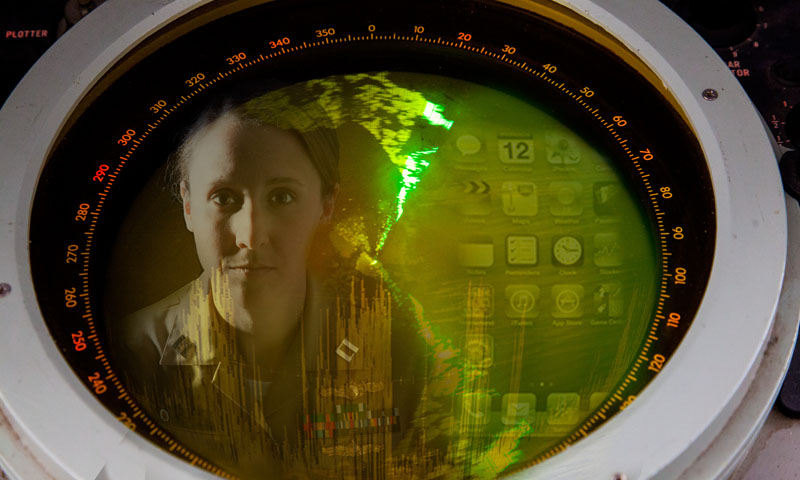 A promising new research center at the Naval Postgraduate School (NPS) has been created to encourage research into the emerging field of intelligence integration, often referred to as multi-INT or multiple intelligence. The evolving field takes an interdisciplinary approach to understanding how the integration of data from disparate sources and associated systems can improve the results gleaned from current and future intelligence systems.

CMIS was born of a growing realization, by Scrofani and others, that the ability to collect data has outpaced the ability of technology and analysts to make sense of available information and that traditional reliance upon existing intelligence processing methods is no longer adequate.

“All Department of Defense and intelligence organizations use data sets from disparate sources to extract information about targets, such as geolocation, identity, behavior and intent. In their unprocessed forms, these data convey only partial information,” said Scrofani. “Translating this information into knowledge requires an understanding of macro and micro relationships between the data, and converting that knowledge into effective, actionable intelligence.”

Scrofani and Garren point to the “stove-piped” nature of traditional intelligence activities as a hindrance that muddies the intelligence picture and impedes the integrated intelligence gathering methodologies they feel are necessary in the modern era.

“We need to synthesize all of these disparate, often stove-piped, intelligence sources into a single picture that can be given to warfighters, intelligence analysts, and the national leadership in order to provide better situational awareness so that they can make good decisions on behalf of the nation,” said Scrofani.

CMIS seeks to accomplish this by, amongst other things, using advanced algorithms to automate time-consuming intelligence operations that tend to bog down analysts and take time away from cognitive analyses, tasks that human beings accomplish best.

“We need to allow humans to critically think and focus on the cognitive work, while leveraging the power of automation, where machines excel,” said Scrofani.  “For example, using algorithms that can tip and cue sensors, we can rapidly confirm or deny hypotheses, pointing analysts to the most probable answer as opposed to having them search the entire solution space for answers.”

“By understanding what constitutes normal behavior – for example, cargo ships travelling on predetermined shipping lanes – we can find points of departure or anomalous behaviors. We can then automatically tip and cue sensors for additional information or alert operators so they can take appropriate action,” Scrofani said.

In fact, Lt. Ashley McAbee, a current CMIS researcher and electrical and computer engineering student, is developing maritime domain analytics that extract historical maritime transit patterns utilizing a database of Automatic Identification System (AIS) reports.  Shipboard AIS systems provide a steady flow of position data that can be used to form “ship tracks” that can be analyzed through CMIS algorithms.

“Additionally, we are looking at this same open source AIS data to perform higher-level fusion.  We want to go beyond standard track analysis, where we predict vessel trajectories; we want to detect target behavior and intention,” explained McAbee.

Navy Lt. Kris Tester, a recent NPS graduate, developed some of the algorithms that Scrofani believes will make this sort of analysis possible.

“Kris developed advanced algorithms that can help us see collusion among vessels of interest or subtle behaviors like shadowing or trailing.  We want to extend this research and use machines to analyze these large volumes of data to detect patterns that are often elusive to human detection,” said Scrofani.

Garren and Scrofani see valuable anti-piracy implications to this approach. They intend to utilize their algorithms to look for spatial and temporal clustering patterns that reveal behaviors common to pirates in some of the most world’s most dangerous seas.

“Many of these pirate ships are either fishing or commercial vessels, initially there is no pattern or organization associated with their activities, then they suddenly take on organization and begin to behave in abnormal ways. If we can determine an anomaly, we can get that information to an operator,” said Scrofani.

Algorithms operating in this manner can also be used to identify the swarming tactics common to the Iranian Navy.

“CMIS is conducting research into various types of following and converging behavior of maritime vessels, including possible swarming behavior. This research offers to assist fleet commanders in making decisions based upon operational norms of commercial vessels,” said Garren.

While the potential maritime benefits of the CMIS approach are promising, similar techniques can be applied to the analysis of vehicle or troop movements on the ground.

“You could also look at the movement of enemy ground forces, the movement of troops and vehicles, and tell when things are happening in coordination, in a manner that may indicate hostile intent,” said Scrofani.

Other CMIS goals include a desire to provide national leadership to the multi-INT research community, the expansion of multi-INT researchers, and the delivery of what Scrofani calls, “high-value research outcomes” that strengthen U.S. security.  He envisions a center that will, “serve as the national focal point for advancing multi-INT and intelligence integration research, education, and foster the development of a multi-INT community.”