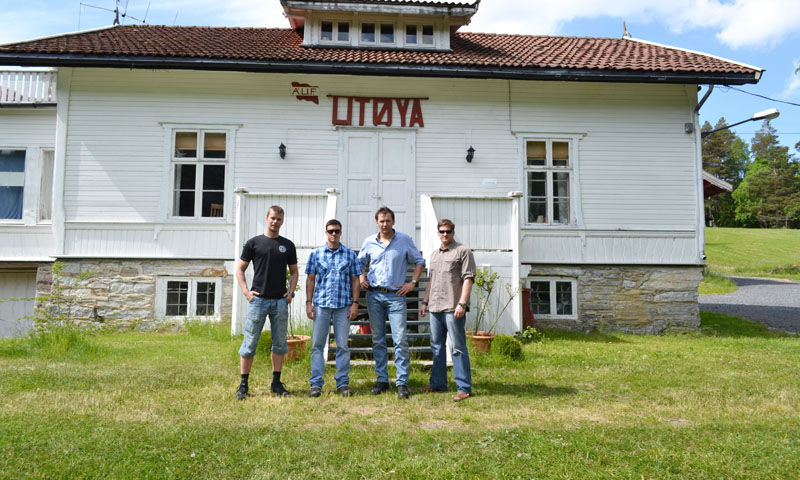 Every day, the men and women of the armed forces put themselves in harm’s way. Recent NPS graduates, U.S. Army Majors Charles Ergenbright and Sean Hubbard, are no different – and they commit to countless hours of training for just those situations when their skills mean the difference between life and death.

Hubbard and Ergenbright are Special Forces officers, and they accept the risks to themselves for the service they have committed to on behalf of their country. What they don’t accept, however, is the extraordinary tragedy of mass shootings that take innocent lives in schools, public spaces and even military bases far too often across the United States and abroad.

Upon entering the NPS Graduate School of Operational and Information Sciences’ Department of Defense Analysis program, Ergenbright and Hubbard wanted to apply their own special operations expertise and background to this devastating problem. The result was a detailed thesis outlining proposed upgrades to high-occupancy facilities (HOF) and institutions of higher education (IHE) to minimize the loss of life from active shooters.

At the time they completed their thesis, the tragedy that would strike Sandy Hook Elementary School in late 2012 was a distant nightmare that had not yet occurred. But following that tragic loss of life, the two officers, and their faculty advisors, knew this work was critical, and it could have saved lives.

The two officers’ final thesis offered a detailed proposal for what they call a Victim Initiated Mitigation (VIM) system for IHEs and HOFs, which would apply modern technologies to neutralize an active shooter as much as possible while also providing communication with responding law enforcement.

As they dove into their research, they quickly realized that one of the most critical factors in limiting the loss of life is time.

“The rate of kill is tied to incident duration … As we were thinking about the problem, we determined if you can affect either incident duration or response time, you can effectively mitigate the affects of an active shooter and reduce the rate of kill,” explained Ergenbright. “When we started going through every document we could find on the subject, we found that the thought really separated into two main focuses: prevention or preemption, and tactical response,” he added.

“And really what we found as a missing variable was the lack of a victim initiated mitigation system, which we liken to a fire alarm. The fire alarm has a standardized operation, and there is a standardized understanding of what is coming,” he continued. “And there is also a standardized response. On the other end of the call there are firemen sliding down poles and rushing to the scene of the fire. There is nothing like that for active shooters.”

The VIM system includes several components beyond an alarm. It’s a system of emergency call boxes in all public areas of the campus; electromagnetic door locks linked to the call boxes; a mobile situational awareness device capable of linking directly to the call boxes; key fob and proxy access for first responders to all buildings on campus; and a remotely-located manned Incident Command Center (ICC) from which the full system and appropriate safety protocols can be managed.

The goal of the VIM system is many fold. It would allow two-way communication for victims, ICC personnel and emergency responders to provide more specific and timely tactical information. The system can also promptly lockdown the campus in specific zones, or as a whole, based on tactical information, improving the chances of isolating the shooter and improving law enforcement response time. The system would also notify students, staff and faculty of an emergency with pre-programmed notifications via “any networked media device” such as a cell, tablet or computer.

Among the case studies profiled in their thesis, Ergenbright and Hubbard looked closely at a number of mass shootings that have taken place in the United States over the years, focusing heavily on the Virginia Tech shootings in 2007. The events that unfolded at Virginia Tech took place in two parts – the first shooting by gunman Seung Hui Cho took place in a campus dormitory, where two students were killed. Nearly two and a half hours later, Cho fired an additional 174 rounds in a building across campus from the initial shooting, killing 33 students and faculty members.

“When the Virginia Tech shooting started, the emergency response was initiated by a student in the classroom next door. So that call went from that classroom to a Blacksburg cell tower, and was routed, per dispatching procedures, to the Blacksburg Police Department (PD),” explained Ergenbright.

“Virginia Tech had its own police department, so the call had to be rerouted from Blacksburg PD to the Virginia Tech PD. The total time for that call just to get to the proper people was four minutes. So with an 11-minute duration of the event, with an average of 3-4 victims per minute, an average of 12 students died in just the time it took to get the call to the right place. With current common security configurations in IHEs and HOFs, the only person who has any ability to affect the situation is the potential victim. And that’s why we focused on putting the tools in their hands.”

“I think this is where their research is exceedingly unique, because instead of being politically driven, their research is really about the nature of active shooter scenarios and finding a systematic solution to mitigate [the resulting] violence,” he said.

While they support a holistic approach to combating the complexities of active shooters, for Ergenbright and Hubbard, there is a platform for action in the neutral zone of the conversations, and that includes equipping facilities with the necessary tools to properly alert emergency personnel to potentially or seriously dangerous situations involving gunmen.

And on a personal level, as servicemen who often find themselves separated from loved ones, the notion of supporting law enforcement was a big draw to the project.

“It worked out well to be able to give back to the law enforcement community because who better to take care of my family when I’m deployed overseas than law enforcement,” said Hubbard. “If I can give them more tools in hand, that makes my family that much safer when I’m gone.”