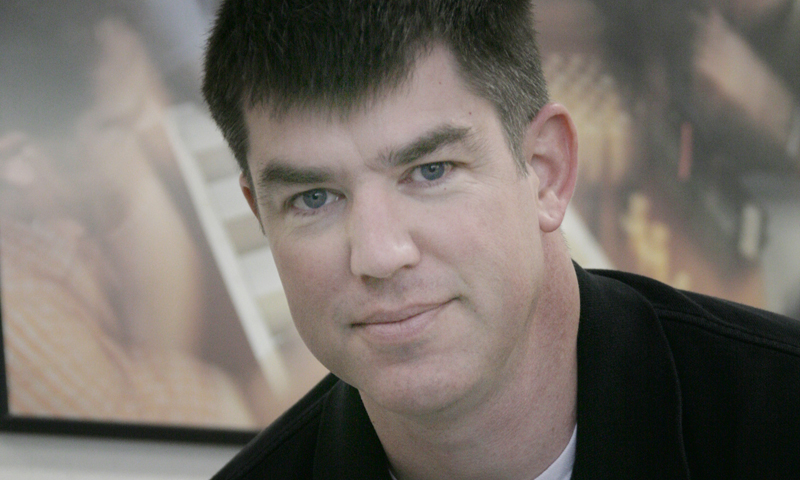 Master Sgt. Jim Monroe, one of 17 enlisted service members to graduate this past quarter, became the first-ever non-commissioned officer to receive the university’s top Army student award. Monroe will soon report to his next command, the Fourth Military Information Support Operations Command, at Fort Bragg, N.C.

The award is presented quarterly to a resident Army student who demonstrates exemplary academic achievements and community service. Monroe was also nominated for an outstanding thesis for his work, titled “Deception: Theory and Practice,” and is up for the title of distinction.

“Each of our students brings a unique skill set and background to his or her time here at NPS,” said NPS Dean of Students Capt. Alan Poindexter. “Master Sgt. Monroe’s accomplishments demonstrate that in academia, hard work, above all else, dictates what one can achieve. The NPS mission is to provide a quality defense-based education for men and women across ranks and services. We are proud to call him a NPS alumnus as he moves forward in his career."

After graduation, Monroe is headed to the Fourth Military Information Support Operations Command at Fort Bragg. He had previously served in the First Cavalry Division, and in operational and tactical military information support operations positions at Fort Bragg. He is proud of the support he received from his previous command, as he heard about opportunities to study at NPS.

“To me, beyond the knowledge gained in the classes, the true values of a graduate education lay in the increased understanding of how to process and synthesize information, and in how to approach problem solving,” said Monroe. “As an NCO, the Defense Analysis program has improved my worth to the force – both as a leader, and as a resource for my commander.

“I was just happy to be able to study here in the first place,” he added, “so to be recognized and get the Award for Outstanding Army Student was just a humbling experience.”

Monroe’s thesis, titled “Deception: Theory and Practice,” explored military deception history and practice, an often overlooked but important topic for the military. His work was described by NPS Defense Analysis Senior Lecturer Dr. Hy Rothstein as being of a caliber not frequently seen in his 11 years at NPS.

“Today’s doctrine, does not say much about deception. It’s an undervalued and underappreciated tool in war,” said Rothstein. “Jim shows very clearly that the benefits of deception, historically, have been remarkable. The return on investment – in training, education and material necessary for deception – have almost always produced benefits that far outweigh the investment.”

“My thesis had a few different parts,” Monroe noted. “For the first part, I surveyed deception within U.S. Army doctrine, and looked at reasons why the level of emphasis of deception has fluctuated over the years. In the second half of the thesis, I surveyed and synthesized the various civilian and military works on deception theory and practice. And I finished up with an overview of U.S. Army use of deception from the Revolutionary War to the present.

“Currently there is a void in unclassified deception guidance in the U.S. Army,” he continued, “so I tried to go over theory and practice and create an overview designed to be used as an unofficial handbook for deception practitioners.”

While Monroe is humbled by the recognition he has received, he and Rothstein agree that the topic of his research is one of importance to the defense community, and one that has not had the attention it deserves.

Monroe was one of 17 enlisted service members to graduate in the Spring quarter. Although the majority of NPS’ military students are officers, senior military leaders have demonstrated a commitment to providing all qualified and eager officers, commissioned or otherwise, with advanced education opportunities. And, as Monroe and his fellow NCOs have demonstrated, the classroom provides everyone a level playing field from which to excel.

“Of course our job at the Naval Postgraduate School is to educate the people that the services send us, so it’s really the services that have made the decision that education is valuable for non-commissioned officers. And I think that’s a good decision,” explained Rothstein. “This type of education is not for every non-commissioned officer, but it is very important for those NCOs who are going to ultimately serve on higher level staffs and for senior commanders.

“Those who will be the ones that provide advice to senior military officers need to be capable of providing thoughtful and well reasoned advice, and advanced education is one way to ensure that their advice is thoughtful, relevant and well reasoned,” Rothstein continued. “This ultimately helps commanders make decisions, because they have senior enlisted folks around them whose advice is well packaged, well thought out and on target.”