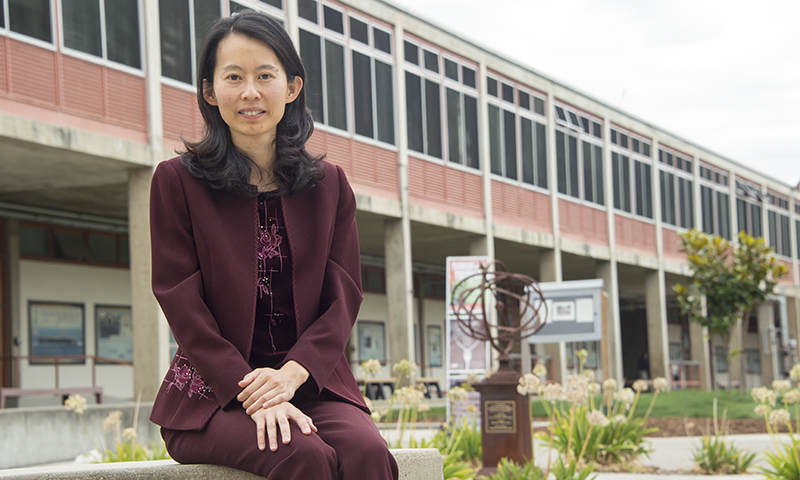 Her latest project, however, could lead to a major breakthrough in caring for soldiers with post-traumatic stress disorder (PTSD), although through an entirely new approach. In a study released in early October, Shen demonstrated the utility of existing Army mental health assessments in demonstrating a soldier’s potential for developing PTSD, well before ever being deployed.

“About 11-12 percent of service members have developed PTSD each year since the wars in Iraq and Afghanistan ... It’s a fairly pervasive problem in our military right now,” said Shen.

“What we were able to take advantage of in our research is this profile that the U.S. Army administers called the Global Assessment Tool (GAT),” she continued.

The GAT is a series of questions designed to document a service member’s mental health. It is administered annually, and most importantly, within one month of joining the military. Shen and fellow GSBPP faculty Dr. Jesse Cunha were able to use this as a baseline for service members prior to being exposed to stressful environments.

The Post Deployment Health Assessment (PDHA) is another series of questions that are administered to service members, this time within 30 days of returning from theater. This became another data set for Shen and Cunha to compare service members against themselves and with each other, looking for a correlation in service members that were susceptible to PTSD, and later developed the destructive behavior.

What Shun and her colleagues found was that the soldiers in the bottom five percent of mental health attributes on the GAT, before deployment, were significantly more susceptible to demonstrate signs of PTSD upon their return from deployment.

Shen says the study certainly has some limitations, such as the GATs use an assessment tool rather than a predictive tool for depression or PTSD. But, she believes the study does offer new ideas for treatment programs, for example, designed to serve the solider post-diagnosis. “Having a more targeted intervention for the high-risk population is probably a better use of time and resources,” she noted during a recent interview.