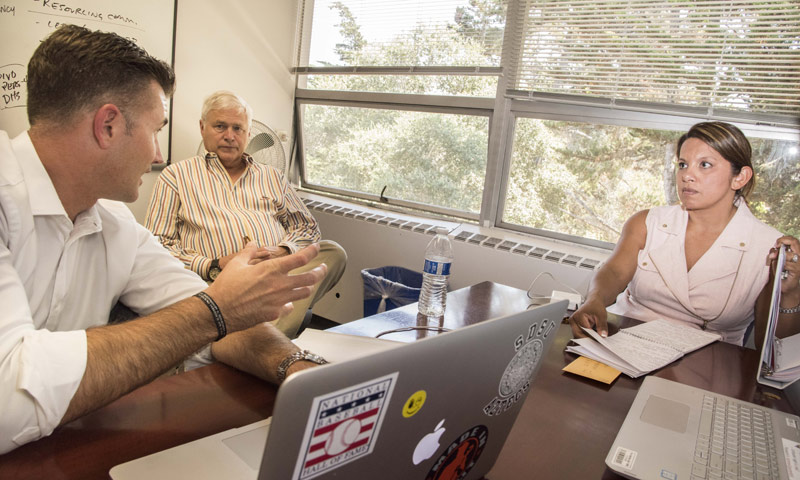 “Top Gun” is due for an upgrade. And no, it’s not the upcoming sequel to the classic 1986 film due out next summer.

The ranges at Naval Air Station Fallon (NASF) in rural western Nevada – the epicenter of naval aviation combat training – have not seen a significant modernization in more than 20 years. Since then, the exponential evolution of aircraft and long-range weapons technologies have made Fallon Range Training Complex (FRTC) too small for pilots to realistically train for combat.

Realizing this, in 2016 the Navy published a proposal which would expand FRTC to meet the evolved training requirements. Under the plan, an additional 945 square miles of public land and 102 square miles of non-federal land would be withdrawn for military use.

“This is an absolutely enormous modernization, a once in a generation expansion which is critically important for naval aviation,” said Alex Stone, a Pacific Fleet environmental planner who conducted an Environmental Impact Study (EIS) for the project.

But FRTC’s modernization program is under the gun: the permits for its current ranges – in use for 77 years – will expire in 2021, and the plan needs to be implemented before then. Doing so, however, would potentially impact a broad range of actors: ranchers, miners, hunters, 17 different tribes, off-road recreation enthusiasts, as well as a host of federal, state and local agencies.

“We’re withdrawing an additional 750,000 acres, so even though it’s a rural area, that withdrawn land is going to take from the public a lot of areas for which there are currently other uses,” Stone explained. “What makes this such a challenging, complex project is the number of stakeholders involved, because this withdrawal affects so many different groups and each of these groups has a unique set of concerns and issues.”

Stone’s team has leaned into this challenge. They’ve brought in a range of experts, including anthropologists, biologists and geologists, and held a series of open meetings with the Bureau of Land Management to keep the public informed and engaged in the process.

Yet they want and need to do more. And do it better.

“The success or failure of this project is really going to be tied to how well we can communicate with these different stakeholders,” Stone said. And that’s what brought the Top Gun team to the Naval Postgraduate School.

In early August, Stone and 22 colleagues travelled to the university to refine their team’s strategic communication capability. Along with dozens of key members from multiple commands throughout the Navy, they took part in the school’s intense, three-day Strategic Communications Workshop (SCW), August 7-9.

Developed by NPS’ Center for Executive Education (CEE), the SCW provides a deep dive into the design, planning and implementation of large-scale communications initiatives. Participants teamed up with both NPS faculty and professors from the University of Southern California’s Annenberg School for Communication and Journalism (USC-ASCJ) to apply the latest research and lessons learned from across the Department of Defense (DOD) and industry.

“These workshops make you stop and say, ‘OK, where are we?,’” said Gail Fann Thomas, SCW program manager and an associate professor in NPS’ Graduate School of Business and Public Policy (GSBPP).

“Once you conduct a strategic analysis, you can improve your communication tactics: who are your key stakeholders and how do they impact the achievement of your goals? What messages are your actions conveying, both inside and outside your organization?

“How can your organization’s communication provide better linkages between your day-to-day activities and your commander’s priorities?” she continued. “Might new media such as crowdsourcing and social media better create your desired effects? How are you maximizing your strategic effect with communication processes and metrics?”

To help commands across the services tackle these questions, Thomas has led more than 300 SCWs since becoming program manager in 2005, both at NPS and around the globe, bringing the workshop to commands on invitation.

At each SCW, attendees acquire new skills and tools to work through the military’s most vexing communications issues, from conducting in-depth stakeholder analyses to assessing communications risks, and developing metrics to track the effectiveness of initiatives.

“They’re not here to learn out of a textbook and go home,” Thomas said. “They all bring a real, concrete issue that they’re trying to work through, either because they’re looking ahead and saying, ‘Wow, we don’t know how we’re going to get there,’ or ‘We’ve got to do something different, and we don’t think we know enough to be able to do it.’”

All too often, strategic communications is incorrectly equated with ‘messaging.’ The SCW emphasizes the strategic analysis necessary prior to developing messages in order to ensure unity of efforts, actions and words.

“Often a leader will say ‘Where’s my story? Give me an article; give me a message,’ but you have to stop and ask whether that’s the right thing, the right media, the right topic, and addressing the right people,” Thomas noted. “There’s a whole lot of work that has to be done before you figure out what your message might be.”

A key component of this is communications is within the organization itself.

In an era defined by the ubiquity of social media – when a Facebook post by a junior enlisted service member has the potential to end up on the front page of the Washington Post – it is absolutely critical that all personnel are on the ‘same sheet of music.’

This was an ‘Ah-ha!’ moment for Navy Lt. Matt Stroup.

A public affairs officer (PAO) with the Naval Surface and Mine Warfighting Development Center (SMWDC) in San Diego, his team paired up with USC-ASCJ doctoral studies director Tom Hollihan to find new ways to attract talented warfare tactics instructors to the command.

“We came here fully expecting to be externally focused on how best to communicate with the audience from a mass communications perspective, but what we’ve learned working with Tom is to identify the internal processes to our organization,” Stroup said.

Often, leaders think a PAO can dictate perceptions or actions through a single product, Stroup said.

“But it’s very much a team game,” he added. “It’s not something that you can do with just one person and hope they’re going to fix it.”

Hollihan was fully confident that Stroup’s team will be able to take their insights gleaned at the SCW home with them.

“They didn’t really know each other well, but this has been kind of an introduction to their own attitudes, values and styles,” he said. “What impressed me is how much respect they seemed to have for each other’s ideas and how productive the conversation was.”

Stroup described the SCW as “an incredibly valuable experience.”

“There aren’t too many other times in my career where I’m going to be able to sit for six to eight hours with a leading professor from one of the most highly-rated communications doctoral program in the U.S. and get some guidance on how to do this,” he said. “That’s gold as far as I’m concerned.”

This is a sentiment echoed by Navy Cmdr. James Johnston, who attended the SCW as part of the team from Commander, Naval Air Forces (CNAF), the command responsible for all naval aviation, including the Top Gun school.

“It’s been humbling,” he said. “I’d like to think that all of us got to the positions we’re at by being masters of our craft, but none of us has a lot of experience in communications other than communicating to subordinates.

“This program is a good example of how a command can accelerate their learning curve. In order to get this amount of concentrated teaching, you’d probably have to attend a whole semester class,” Johnston continued. “This will enable us to go back to our command and help our entire staff learn a lot quicker how to get through this process.”

That’s a win, according to Thomas. Enabling an organic strategic communications capability is the ultimate goal of the SCW, allowing commands to get ahead of crises before they develop.

“Nothing happens without communication, but for the most part, people don’t think about communication at all until a crisis happens and then they go, ‘Why didn’t we think about that?,’” she said. “Instead of being in crisis mode all the time, we want people to be able to look at the communication that’s needed and to anticipate and be proactive about it. Then, have a strategy around our communication for whatever it is.”

The SCW certainly accomplished this for the team negotiating the challenges of the Fallon range modernization effort, Stone said.

“We can get the process and all the facts right, but without the communication, we’re not going to be successful,” he said. “This workshop really gave us a path forward for how to approach communicating with all the stakeholders involved.

“So many people have been appreciative that they had the opportunity to attend something like this,” Stone added. “Everyone came away refocused on the project and full of enthusiasm moving forward.”