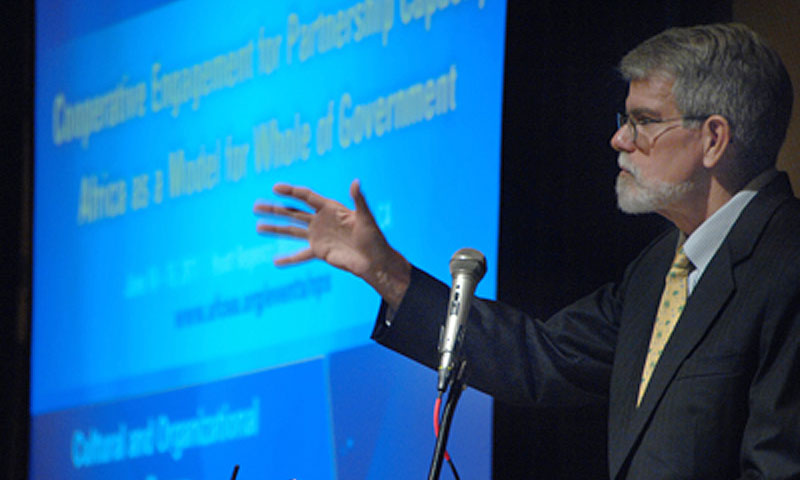 The African continent has long been recognized as a vast land with nations in various stages of transition – some nations seek prosperity with planned pathways to it, while others are rife with instability and corruption. Without doubt, however, is that the United States, specifically the U.S. Africa Command (AFRICOM), has a role to play in bridging the gap between volatility, and stability.

The inaugural Cultural and Organizational Awareness (COA) Forum, June 14-16 in Monterey, Calif., brought many of the various actors together to focus on Africa, and the role U.S. foreign policy and AFRICOM can play in supporting stability through enhanced partnership development and building nation capacity.

Entitled “Cooperative Engagement for Partnership Capacity: Africa as a Model for Whole of Government,” the COA Forum was organized by the Naval Postgraduate School (NPS) in partnership with the Armed Forces Communications and Electronics Association (AFCEA) International. The goal of the conference was stated quite clearly at the outset by AFCEA President and CEO Kent R. Schneider, who said, “This conference is about bringing communities together to talk about Africa.”

The effort began through the office of NPS Executive Vice President and Provost, Dr. Leonard A. Ferrari, who believed it was important  to connect African stakeholders, the US military,  diplomats and foreign policy experts – while at the same time offering NPS students the rare opportunity of learning from and participating in the advanced, candid dialogue on critical, real-world efforts.

“The Naval Postgraduate School is a hub of expertise in U.S. foreign policy and building partner nation capacity – where better than here to bring these stakeholders together to begin the conversations of collaboration than NPS,” said Ferrari. “And quite frankly, this was a tremendous opportunity for our students as well, to attend and hear first-hand the challenges these nations face.”

Ambassador J. Anthony Holmes, Deputy to the Commander for Civil-Military Activities, AFRICOM, observed during his keynote that he wanted to dispel the assumption that AFRICOM is a traditional Combatant Command.

“We are about protecting American national security interests,” he noted, like most COCOMs, but added, “We are a tool of U.S. foreign policy.” He noted that he believes Africa had traditionally been an afterthought in the foreign policy arena, but is actually a continent of tremendous potential and hope.

The Area of Responsibility (AOR) for AFRICOM is the entire continent of 53 countries minus Egypt. U.S. Embassies across the continent are the purveyors of executing our foreign policy strategy, but their resources are a challenge, like AFRICOM itself.  He remarked, “The disparity of resources must be addressed. We see in the context of a multi-lateral peace keeping focus.“

He added, “African militaries want to embrace us and learn from us, but the governments,” are more resistant. He says they recognize the importance of maritime security, where significant assets are committed, but adds that away from the open ocean, there is much work to be done. 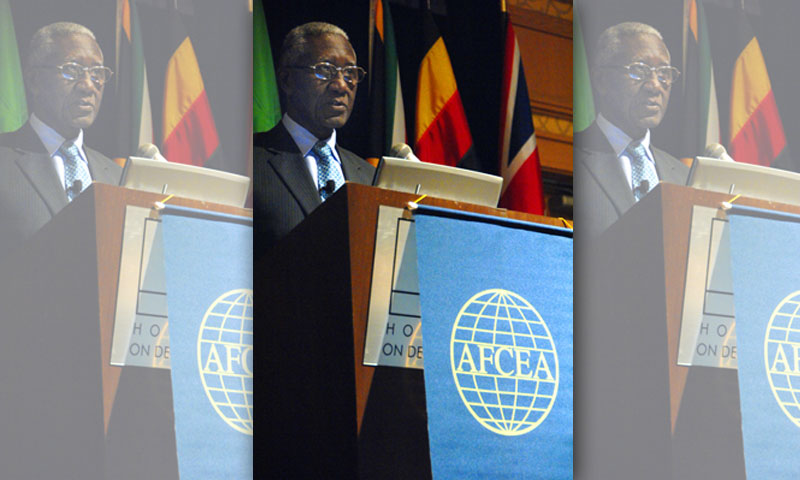 Senegalese General Lamine Cisse speaks at the Cultural Organizational Awareness Forum in Monterey, Calif., June 14, 2011. The Naval Postgraduate School with co-sponsor the Armed Forces Communications Electronics Association hosted the forum to nurture Cooperative Engagement for Partnership Capacity: Africa as a Model for Whole of Government. General Cissé is currently the Chairman of the International Observatory for Democracy and Management of Crises and Conflicts, which he founded in April 2000.

This is one of AFRICOM’s primary focal points, he noted, where humanitarian and disaster relief, counterterrorism and transnational threats are critical areas of interest. Their challenge is to build African expertise in these areas, and admits that the U.S. military has a significant challenge ahead of it.

Also participating in the forum was retired Gen. Lamine Cissé of Senegal, who remarked on the threats facing Africa and noting the need of legitimate power of the citizenry to alleviate abuses and failures. The needs are straightforward, Cissé added – food self-sufficiency, access to energy and the need for good governance and physical security.  He noted that the main objective should be to promote peace and security through prevention, conflict management, peacekeeping and peace building, and the surge of unprecedented social uprising are clear evidence of it.

“More people are mobilizing for more individual freedom and the fulfillment of basic social needs. Africa must tackle terrorism due to the emergence of al Qaeda. Africa is not a country but a continent, and terrorism has changed our way of living.” He concluded with a grim reminder, “The picture of Africa is not as bright as the leaders want it to be, despite the potential of the continent.”

David Hartman, author and former host of “Good Morning America,” reiterated that good governance is the difference in helping these countries during a session he hosted with Timothy Carney, former U.S. Ambassador to Haiti, and Tom Woods, Former Deputy Assistant Secretary of State for African Affairs.

“Good governance is the underlying foundation to building a good economy and creating less conflict,” Woods stated. “Africa is not monolithic. The countries have diverse economies from each other.”

“What should and must be done,” said Carney, “is that the U.S. must identify our interests.  There has to be an agreement realizing interests and those interests must be communicated to the American people.”

Ambassador Vicki Huddleston, Deputy Assistant Secretary of Defense for Africa, provided one of the forum’s final keynotes, and echoed Holmes’ sentiments on the unique role AFRICOM can play.

“AFRICOM is not a competitor, nor here to intervene in internal affairs, wars or conflicts in Africa, but to improve the capacity of African militaries professionally,” she remarked.  “Everything that we do is in accordance with the framework and with the policy that is set principally by state.  What many people feared was that AFRICOM was going to become the development agency.  AFRICOM uses savior-faire to make friends with the locals and to find out information.  AFRICOM has no desire to militarize the continent.  AFRICOM wants to be valuematic to the diplomacy, democracy and development.”

She closed with an important message that she hoped would lead to continued dialogue. “Let’s try to be more flexible and try to push a little bit our African militaries to get into civil affairs.  Our civil military is going out and working with the Kenyan military, to help them so that they can help the nation.  That’s what the civil military should be doing,” said Huddleston.

As many of the presenters noted, the continent is diverse, and she concluded with optimism in the approach of the fledgling efforts. “I am a big advocate of the regional approach.  We should be very pleased that we are working on these challenges with our partners – as full partners –and we are working together as a whole.”