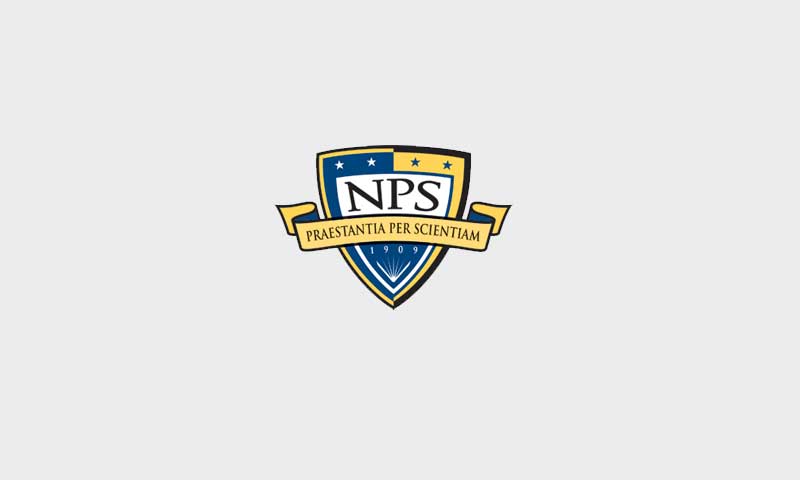 Kicking off the ceremony with a bang was the presentation of the Legion of Merit to Col. Alejandro S. Hernandez for his “exceptionally meritorious” service as Associate Dean of the Graduate School of Operational and Information Sciences, as a military faculty member, as Director of Wargaming and as Senior Army Representative. The citation from the President, signed by Chief of Naval Operations Adm. Gary Roughead, honors Hernandez for his outstanding mentoring and superb leadership in “flawlessly managing 160 military and civilian faculty including 600 students.” It lauds him as an exemplary researcher who established and developed a partnership with the Joint Improvised Explosive Device Defeat Organization that “has had a profound effect on our current operations in both Iraq and Afghanistan” and notes that his “exceptional ability to clearly and comprehensively present complex theories and algorithms within relevant military tactical and operational contexts has set the standard for all faculty at the Naval Postgraduate School.”

“It’s a tremendous honor to receive the Hamming Award, which is very prestigious here on campus,” said Snider. “It reflects very well on our [acquisition] research program to have it associated with someone of the caliber and reputation of Professor Hamming whose name is so well known in scientific circles.” Greene, an NPS alumnus (Electrical Engineering and Business Administration, 1973), was unable to attend as he was in Washington, D.C., meeting with program sponsors.

Receiving the prestigious Monterey Council Navy League Award for Highest Academic Achievement by a student in the Winter 2009 graduating class was National Security Affairs-Western Hemisphere student Lt. Alisha E. Hamilton, for her research and master’s thesis on “Defending the Amazon: Conservation, Development and Security in Brazil.” While at NPS, Hamilton also earned her Joint Professional Military Education (Phase I) certification with highest distinction through the Naval War College, Monterey.

“I’m absolutely floored and completely flattered that the Navy League chose me to receive this honor,” Hamilton said after having her photo taken with the League’s local chapter president and NPS Special Collections Manager John Sanders. “They do so much to involve the community at NPS, and everywhere. I’m really honored.

“Being able to be at the Naval Postgraduate School is absolutely priceless,” Hamilton stressed. “Even more than the superb education are the interactions with the officers from all the services and our international partners, and the relationships that you’ll maintain for a lifetime.” After graduating Mar. 27, Hamilton will report as Flag Aide to Rear Adm. David Thomas, Jr., Commander, Joint Task Force-Guantanamo Bay.

Accepting the Association of the United States Army General Joseph W. Stillwell Chapter Award for Outstanding Army Student on behalf of her husband Army Capt. Colin Tansey, who left NPS a week previous for operational duty, was his wife Leoann. “Colin worked really hard, and I’m really proud and excited to be able to receive this for him today,” she said. “As a civilian, it was great to get to see all the services together in uniform. I can’t wait to tell him about it.”

In addition to the above, the following Winter 2009 graduating class students also received special recognition:

Receiving Awards but Unable to Attend Due to Operational Responsibilities: