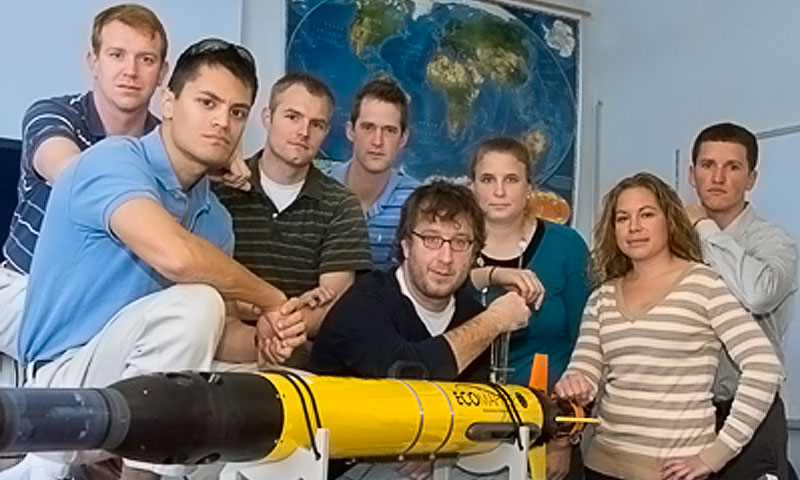 As future Navy SEALs swim silently toward shore, they will be armed with validated 3D maps of the tides, waves and currents between their location and the target thanks to cutting-edge research by a Naval Postgraduate School faculty-student team.

“Two years ago, I developed this course focusing on nearshore and surfzone projects because the Navy is pushing the frontier into shallower and shallower environments, which are more complex [than the deep ocean] due to faster flows and more rapid changes, and so pose a greater challenge; and spatially mapping the velocity field is critical for many expeditionary warfare exercises, particularly those involving human swimmers such as Navy SEALs,” MacMahan said.

“For the Winter class, I saw an opportunity to make more out of the course while pushing the research envelope by adding an operationally-relevant, hands-on exercise in a fast-flow, tidally-dominant estuarine environment in collaboration with partners at the University of Miami and Naval Undersea Warfare Center (NUWC).

“Tidal inlets are important to the Navy’s littoral focus, because when you move from the deep ocean to any land water body, you have to go through an inlet,” MacMahan continued. “We wanted to answer the question, ‘If you only have UUVs, how do you get the best observational data using specialized research and numerical models that many of the students will utilize in the future?’

“This addition is a unique exploration and educational opportunity for the students that simultaneously tests transformative ideas that can be integrated into future naval operations,” MacMahan said.

“The experimental scenario is of direct operational value to the Navy because special operations and expeditionary warfare use these same tools [UUVs and Delft3D], and this is the first time smaller UUVs have been used in fast-flow inlet or riverine environments. The concept for the capstone project, in fact, grew out of discussions between myself and doctoral student Lt. Cmdr. Bill Swick, one of the two teaching assistants for the course, who’s been involved in both special and expeditionary operations,” he added.

Students learn how to program and deploy the NPS EcoMapper UUV to collect real-time data on waves, currents, temperature, salinity, sediments, pollutants and bathymetry amongst other measures. They also learn first-hand how to input the data into the numerical model, and how to output the resulting maps using Google Earth Matlab. “And while they’re doing this, they get to explore a real, complex shallow-water environment – the highly energetic Bear Cut tidal inlet near Miami, Florida,” MacMahan noted.

“The experiment was a success and a win-win for everyone,” MacMahan said. “The students got the model up and running in about a day and were able to run three missions in strong, two meters-per-second currents."

"They then analyzed the data for one and a half days there at the University of Miami, where they had the benefit of the special expertise of Prof. Ad Reiners with Delft3D."

”The students who participated in the tidal inlet study are Swick, doctoral student Jenna Brown, and Lts. David Paul Smith, Mark Hebert, Chris Tuggle, Stephanie Johnson, Chris Beuligmann and Will Ashley. Partnering in the exercise were Reniers of the University of Miami and NUWC AUV experts Mike Inzce and Scott Sideleau. NUWC also provided state-of-the-art AUVs in addition to the NPS EcoMapper. 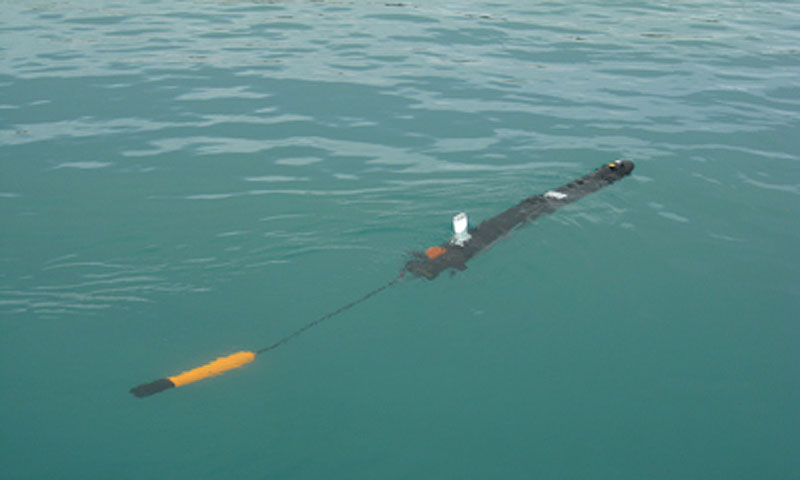 “This was the first time I’ve ever used UUVs,” said Tuggle, a METOC officer whose role was to wirelessly load programs into the swimming robots. “Professor MacMahan is a great teacher. He’s energetic, hands on and passionate, and cares very deeply about helping students get the most out the learning experience. The most important and valuable part is the problem solving aspect – how to look at a problem and work around the challenges. Professor MacMahan left the scientific aspect – what drives the data collection decisions – and those collection decisions up to us. This is an incomparable class in the amount of hands-on experience you get and in taking you through all the steps for your thesis, and should really be the first class in the Oceanography program.”

“This research is very relevant to my future career path,” added Tuggle, whose master’s thesis is on “The Use of Autonomous Vehicles for Spatially Measuring Velocity Profiles in Rivers and Estuaries.”

“This was my first field experiment, and it was a great learning experience,” agreed Johnson, previously a destroyer anti-submarine warfare officer who transferred to the METOC community and is doing her thesis on tropical cyclone prediction. “It’s great to be able to apply what we learn in the classroom in a hands-on project with immediate operational relevance to the Navy. Professor MacMahan’s enthusiasm for this area of research is contagious, and he goes out of his way to create a great learning experience for us all. In my future METOC career, I know I’ll use the problem solving skills I’ve learned in this course, and the great thing is I’ll always have Professor MacMahan to reach back to as a resource.”