Mids Get the Trophy, but NPS Wins Cyber Defense Exercise

Mids Get the Trophy, but NPS Wins Cyber Defense Exercise 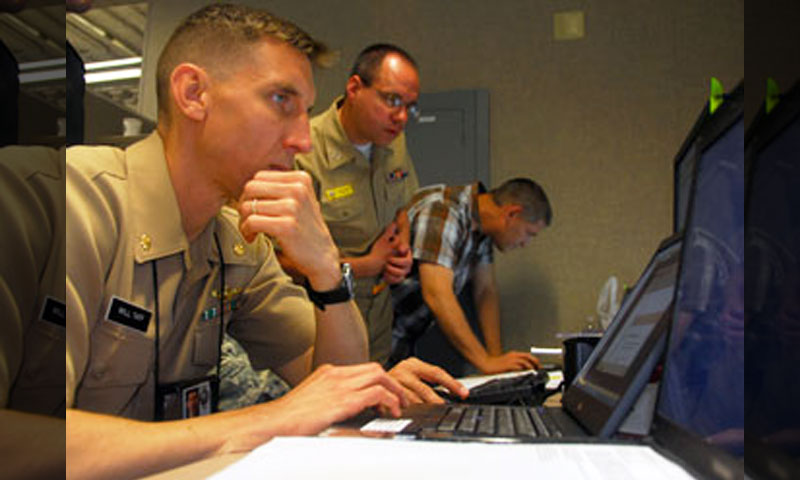 Lt. Cmdr. Will Taff, a student at NPS and member NPS’ Cyber Defense Exercise (CDX) team, monitors the network during CDX 2010. NPS took top honors in the exercise over all other participating schools. CDX is a National Security Agency (NSA) sponsored exercise conducted annually throughout military educational institutions in order to raise awareness of the importance of cyber security, provide experience through training, and reinforce partnership commitments throughout the DoD.

The Naval Postgraduate School (NPS) took top honors in the 10th annual National Security Agency (NSA) sponsored Cyber Defense Exercise (CDX) conducted April 20-23. Although NPS was ineligible to receive the trophy because of its status as a graduate institution, the university won the competition by placing first in the overall rankings for the exercise.

In addition to the five service academies that compete for the CDX trophy, a handful of graduate level institutions also participate to heighten the competition. It was the first time since 2001 that NPS won the overall competition.

“This demonstrates the true expanse of knowledge NPS instills in its students, as well as their dedication to being the top in their chosen fields,” said team faculty advisor Scott Coté, Computer Science Senior Lecturer. “To be the top ranked military academic institution among such prestigious peers as the U.S. Naval Academy, West Point, the Air Force Institute of Technology, and even the Royal Military College of Canada, exemplifies our commitment to preparing for global cyber security in today's cyber environment.”

The exercise consists of teams defending their network from a series of attacks carried out by NSA’s team, the “Red Cell.” In the past, teams were only allowed to defend their networks but this year they were given the opportunity to strike back at their attackers.

The NPS team, sponsored by the Graduate School of Operational and Information Sciences (GSOIS), the Computer Science Department, and the Center for Information Systems Security Studies and Research (CISR), consisted of 25 U.S. and international students from different branches of the military and disciplines within the school. After months in preparation for the exercise, once the competition got underway, the team spent many hours defending their network, and in the final stage, attacking the NSA’s network.

The National Security Agency conducts the CDX exercise annually throughout military educational installations in order to raise awareness of the importance of cyber security, provide experience through training, and reinforce partnership commitments throughout the DoD. Information assurance is one of the Pentagon’s most critical issues, and a vulnerability that exists across all sectors of society.

“This type of security is no longer just an issue for the DoD … individuals are being taken over, corporate enterprises are being taken over,” said Coté. “These types of situations are very common now, so we are really trying to instill in our students the concepts of what they need to know for security.”

And for the organizers of the exercise, instilling these concepts is the driving force behind the CDX. All of the participating students are future civilian and military network managers that will one day be faced with real life situations where they will have to defend a network from cyber invaders. 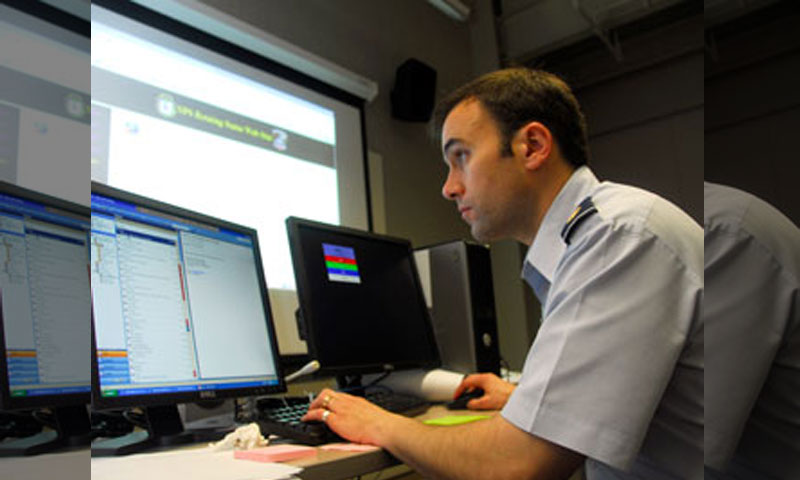 “The desired outcome is really for the students to see what is going to happen in the areas they’ll oversee,” said Coté. The students who compete in the exercise will eventually run a network operations center, or will be part of a ship that has to have its network defended against some type of attack, he continued. “We’re hoping that, as they walk out, they’ll have a much more realistic expectation as to just what it takes to defend that kind of network, how hard it is to … block those attacks, how hard it is to really monitor that network.”

Coté acknowledges that the officers studying at NPS will not ultimately be the ones sitting at the desk when the attacks happen, but it is still very important for them to realize just what the people working for them are faced with.

“It’s a tremendous help to the warfighter in the sense that when our students leave here they’ll know what it takes to defend a network. They’ll know or at least be more aware of current trends that are out there,” he said.

Cyber security has become one of the Navy’s most critical issues, and computer warfare is the way of the future and that future is upon us.

“We’ve seen different organizations put out their philosophies on attack, stating that information dominance must be a prerequisite before any weapon is launched,” Coté continued. “So you know that this is going to play a much larger part in our future warfare efforts. I really do think that this exercise is just a small sample of what these students will see in the rest of their careers in the cyber warfare arena.”

Participating in the exercise, along with NPS, were teams from the Air Force Institute of Technology, the Royal Military College of Canada, and the five U.S. service academies: the U.S. Air Force Academy, U.S. Coast Guard Academy, U.S. Merchant Marine Academy, U.S. Naval Academy, and West Point. The trophy is awarded to the highest ranking service academy. This year the U.S. Naval Academy held that honor, a feat they had not achieved since 2005 and by doing so this year, broke West Point’s three-year winning streak.