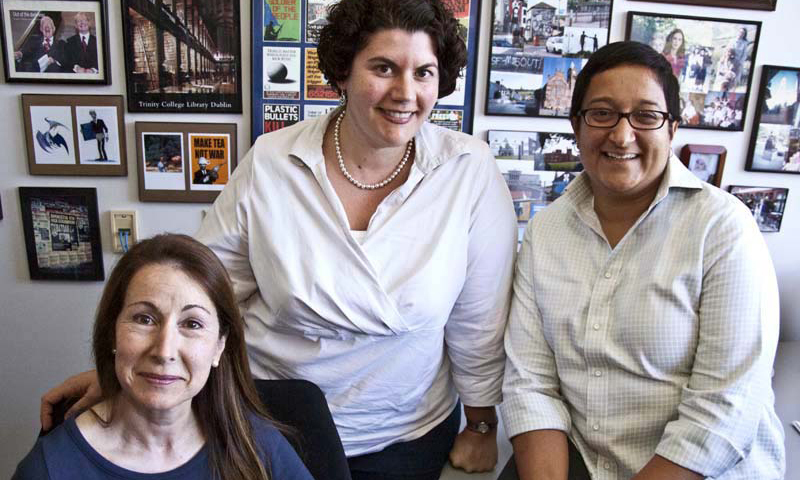 When the Minerva Initiative announced its 2013 selection of university-led proposals to fund, researchers from nearly 35 academic institutions, including seven non-U.S. universities, received approval and funding to engage in 14 separate initiatives.

During the previous Minerva cycle in 2012, three NPS faculty became members of a winning team led by the University of California at San Diego. But this year, and for the first time ever, faculty from the Naval Postgraduate School’s own Department of National Security Affairs (NSA) will be at the helm of two of them.

The Minerva Initiative is a Department of Defense (DOD)-sponsored, university-based, social science research initiative launched by the Secretary of Defense in 2008 focusing on areas of strategic importance to U.S. national security policy. The overall program is aimed at improving DOD’s understanding of the social, cultural, behavioral and political forces that shape regions of the world of strategic importance to the U.S.

“Our project is on state building and building state institutions as a way to promote the peace process,” said Piombo, whose research is set to take part in Cambodia, Laos and Uganda.

“We are particularly focusing on how governments deliver public services, and the ways in which that public services delivery actually contributes to peace building,” she added.

One of the major questions in the research is whether international interventions in peace building, such as efforts routinely undertaken by the United States and the United Nations, actually help build peace through public service delivery.

“The research design takes countries that have had interventions, and countries that haven’t, and compares the two different experiences,” said Barma. “By public services, we mean things such as health care, public safety, education, electricity as a service provision.”

According to Barma, whose work alongside Piombo, and co-PI Dr. Naomi Levy from Santa Clara University, is titled, “Public Service Provision as Peace-building: How do Autonomous Efforts Compare to Internationally Aided Interventions,” the project was selected for Minerva research funding based on two primary criteria.

“The Minerva grants are unique to some extent because they really have two sets of criteria for evaluating the proposals,” said Barma. “One is very much academic merit and the substantive content of the research, and the other is the implications research has for policy development.”

According to Barma, the ability to affect policy through academic research is a driving factor for many faculty members at NPS.

“Many of us are here at NPS because we truly care about bridging that academic-policy gap,” said Barma. “This is recognition of that particular expertise that we have here. Personally, that is why I’m a social scientist. I want to have input on some real-world questions, and the fact that this was recognized in this respect was a real delight. “

Rasmussen’s team of researchers will examine a wholly different topic, looking at what specific factors motivate individuals not to become terrorists when they share common traits with those who do participate in these violent acts.

“The purpose of our research is to look at militants and activists who share a lot of the demographics of people who join terrorist organizations,” said Rasmussen. “They come from the same social background; they’ve been to the same religious organizations or social clubs. They’ve grown up and been in school together with people who make a choice for violence, but they themselves have chosen not to engage in violence."

“In other words, they continue to fight through legal institutions as politicians, activists, and so on,” she continued. “The question we are asking is not what makes people violent, but what makes people who share that background non-violent.”

Rasmussen will serve as PI on the research, and is partnering with academics around the globe to delve further into what factors compel people to engage without taking up violent actions.

“I am the lead investigator, but have two partners – Professor Richard English, Director of the Centre for the Study of Terrorism at the University of St. Andrews, Scotland, and Associate Professor Rogelio Alonso from King Juan Carlos University in Madrid,” said Rasmussen. “Both are preeminent scholars in the field of terrorism and political violence. I have collaborated with both of them extensively, and in addition, the NSA department has had student exchanges with St. Andrews.”

Other members of the NPS community will also join Rasmussen in the study.

“The entire team comprises 15 scholars from seven countries who will be conducting research in 16 separate countries,” said Rasmussen. “Three of those scholars are NPS faculty – Assistant Professors Maiah Jaskoski and Arturo Sotomayor from the NSA department, and Dr. Sandra Leavitt from the Research Office.”

In her research Rasmussen will lead colleagues in conducting in-depth field interviews with participants that come from populations that could potentially develop terrorists.

“Over the summer, we will be developing a questionnaire for field work, and then for a year we will all go into these 16 different countries and do 10 in-depth interviews with militants in these countries,” said Rasmussen. “We will then all get together for a conference in which we analyze the data and produce not only a report for the government, but a book as well.”

With fierce competition for research funding, where past and current grant recipients are from academic powerhouses such as Harvard, Carnegie Mellon, and the Massachusetts Institute of Technology, the acceptance of two research programs from NPS’ NSA department proves to be a striking accomplishment.

“It speaks really well to NSA department that we have two of these grants accepted in terms of our relevance and our ability to combine academia and policy,” said Piombo. “It helps NPS maintain leadership in this very important area of study.”