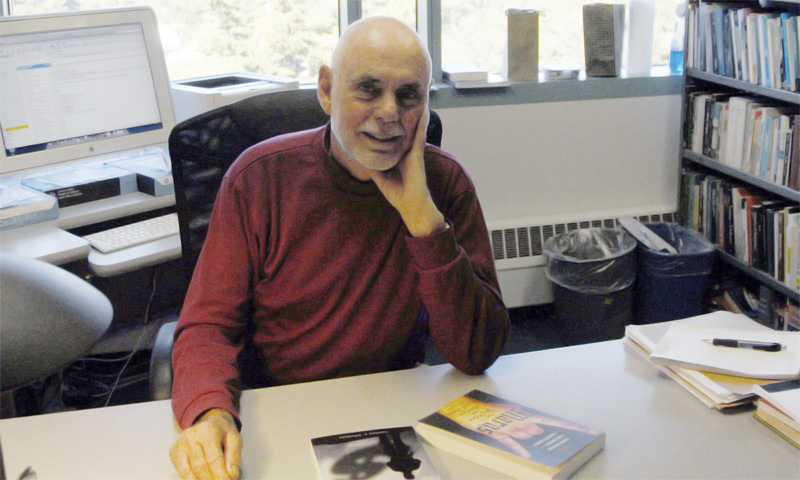 In "Patriots for Profit," Bruneau takes an in-depth look at the issues concerning the replacement of military forces, in recent conflicts, with civilian contractors and the effects and repercussions of such policies. Bruneau raises the point that, while the military is an integral part of the U.S. government and controlled by elected representatives of the American people, contractors work under little public control and vague legal authority.

“The biggest challenge is oversight,” said Bruneau. “There’s a huge pressure to outsource into the commercial side but the problem is, who is going to keep track of what the contractors are doing?”

In the book, Bruneau is critical of current academic literature on U.S. civil-military relations and proposes his own framework, developed over years of experience conducting research, seminars and lectures on civil-military relations all over the world through NPS’ Center for Civil Military Relations. He places particular interest on the issue of armed private security contractors that many times operate with limited accountability.

Bruneau said that the idea for the book came about when he was conducting research on the subject and found that there were too few comprehensive writings on the subject. He embarked on a three-year-long journey of research on U.S. government documents, and interviews with experts and officials in Washington, D.C. and other places, gathering and organizing data that would later turn into his published work.

“My goal was to write something objective,” said Bruneau, “cold, analytical and objective.”

In coauthoring "Maras," Bruneau collaborated with Lucia Dammert of the Global Consortium on Security Transformation, in Santiago, Chile, and Elizabeth Skinner of NATO's Allied Command Transformation, in Norfolk, Va. The collaborative effort commissioned a series of chapters from multiple experts in the study of the history, organization and propagation of the Mara Salvatrucha and the 18th Street gangs that originated in Los Angeles and have been growing in prominence and influence in the United States and Central America, and are becoming increasingly more dangerous.

According to Bruneau, as violence in Central America increases, interest in organized crime elements associated with the Central American mara increases as well. The book offers an analysis of the history, hierarchies and future of the mara phenomenon.

“What this book attempts to do is provide an in-depth analysis of what the reality of these gangs is,” said Bruneau. “We try to provide an objective overview of what the issues are and put it in the context of security.”

The chapters touch on the development of the gangs, the Mara Salvatrucha to the 18th Street Gang, in Los Angeles and their spread to Central America as a result of deportation of its members to Central America.

A significant aspect of the work points out the increasing violence and spreading influence in many places around the United States. The book compiles concrete data on findings that span sexualized violence, case studies of individual gangs, economic factors, varied responses to gang violence, the use of intelligence gathering, the limits of state power, and the role of policy makers.

A career academic, Bruneau has extensive experience in security studies and civil-military relations. The California native joined NPS’ National Security Affairs department in 1987 and served as Director of the Center for Civil Military Relations from November 2000 to December of 2004. He has researched and written extensively on Latin America, especially Brazil, and on Portugal as well.

For Bruneau, the opportunity to generate this information and release it to the general public through university press books for the advancement of knowledge in the subject is the motivation behind his efforts.

“My contribution as a professor is to try to at least provide data, evidence, information, so that people in policy making positions or students can get a fix on what’s going on,” said Bruneau. “I hope these works establish a basis for people to do more.”