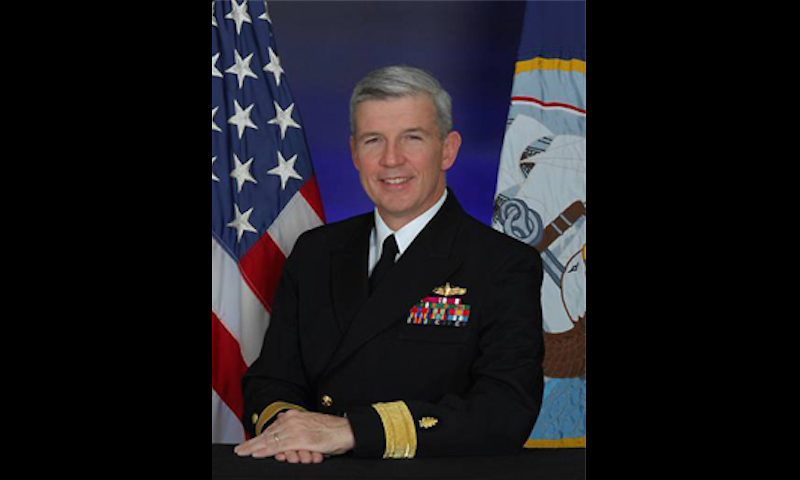 “Studying at NPS was an excellent experience,” noted Doll. “The courses I took here introduced me to a completely new arena. Clearly, to an officer in any senior leadership position in our service, a great working knowledge of acquisition and how the budget process works is essential. I had a peripheral knowledge from exposure during on the job training throughout my career, but this program offered a strong sense of clarity and coordination in those areas.”

A graduate of Colgate University, Doll began his Navy service when he was competitively selected for the Navy’s Dental School (1925I) program and was commissioned as an ensign in the U.S. Naval Reserve. Since receiving his initial commission, Doll has amassed numerous achievements, including graduating from State University of New York at Buffalo’s School of Dentistry program, qualifying as a Surface Warfare Officer aboard USS Juneau (LPD 10), certifying in periodontology at the Naval Dental School, certifying as an offshore captain with the USNA sailing program,  private pilot, earning a Ph. D in Cell and Molecular Biology from Pennsylvania State University, and promoting to the Navy’s Flag ranks

Crediting much of his success in and out of the classroom to a personal dedication to continuous learning, Doll notes his motivation for enrolling in the EMBA program.

“I have a lifelong commitment to education,” noted Doll. “It’s not always formalized as with this EMBA program, but it is continual. Participating in the EMBA program was an opportunity to look at what would amplify the skills that I have to work in the Navy and at the same time, I enjoy learning, everything seemed to align.”

After enrolling in the NPS program, Doll found the NPS faculty to be accomplished and experienced in the fields they taught, and highlights the richness the experienced faculty members brought to the program.

“My EMBA professors added considerable depth to the program,” noted Doll. “It was helpful that they were not only versed on the theoretical, but that they could point to experiences from real life. In the EMBA program you receive  the tempering of theory with the real world experiences. We had people teaching us ethics, supply team management, acquisition, and so on. Every single one of those professors had experience/worked in those areas. My classmates were excellent officers in their respective fields. They were helpful to the “old guy” in the group. I am also very grateful to Mr Hatch and Ms Houda Tarabishi for their good faith decision on my application.”

According to EMBA program manager Bill Hatch, the skills attained from the program focus on management training that well compliments the desired attributes of officers as they promote through the military ranks.

“Rear Admiral Doll is the first Flag officer to enter into and graduate from the program, and I’m assuming that everything he has done in his career so far has been tied to being a dentist,” The EMBA program is tied to resource management; money, people, materials and contract, program and financial management, as well as acquisition. As you become more senior in the Navy you work less in your designator, and more in the billet you’re filling as commanding officer, executive officer, or commander of a particular base or unit.”

Hatch also notes the relevancy of senior leaders studying contract and acquisition management in this time of greater economic scrutiny of the military’s budget.

“As the Department of Defense and Federal Government becomes more fiscally constrained, there is a tighter focus on funding and how funds are spent, said Hatch. The EMBA program provides officers and senior civilians the key skills necessary to execute complex financial management plans.”

Upon completion of the program, Doll offers sage advice to young officers interested in pursuing a degree from NPS.

“When a junior officer considers where they are and the skills that they brought to the Navy, they should realize that over a career that those skills will be amplified and new skills acquired,” noted Doll. “It’s the nature of growing intellectually, maturing from a junior to senior officer, and this is one mechanism for doing that.”

“I would hope that these opportunities continue,” noted Doll. “There is such value in training officers in a continuum from the point of their affiliation with the service through the point where they are a senior leader, and I think NPS plays a very important role in that. I certainly benefited from that.”
Doll’s decorations include the Defense Superior Service Medal, Legion of Merit, Meritorious Service Medal, Navy (two awards) and Marine Corps Commendation Medal (2 awards), Navy Achievement Medal, Meritorious Unit Commendation (3 awards), Fleet Marine Force Ribbon, Arctic Service Ribbon and other awards.

NPS’ EMBA program has been in existence since 2002, and was designed to reach members of the aviation community which typically have been unable to attend resident programs due to career gates. In 2009, a civilian EMBA program was added to reach Financial Management professionals within the Department of the Navy. The course of instruction includes 17 courses taught over a two year period. Students attend classes one day a week, with two courses taught each quarter.