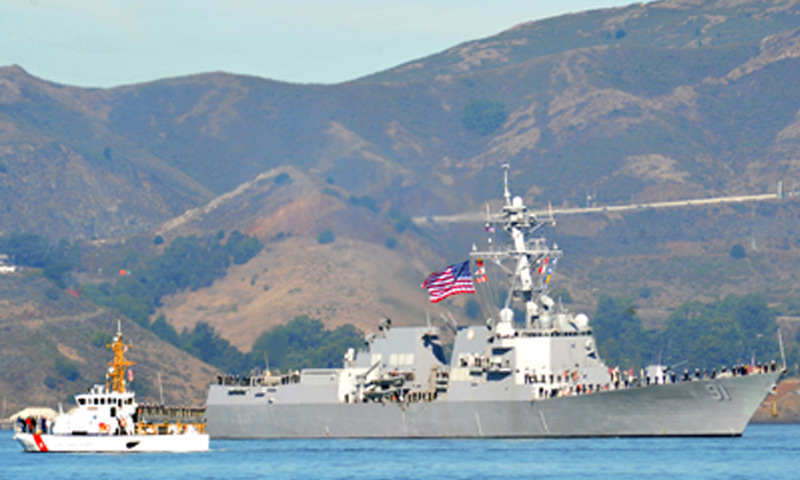 From sleek and modern battleships to precision aerial acrobatics performed by the Blue Angels, the Navy showcased its best and brightest Sailors, Marines and military hardware during San Francisco’s annual salute to the sea services, Fleet Week 2010 this past Oct.

But at the top of those best and brightest, in every corner of the annual celebration, was a dedicated group of military professionals who share a common denominator, graduation from the Naval Postgraduate School.

Serving in a variety of capacities – from a fleet commander to the director of the entire event, Blue Angel pilots to ship officers and astronauts, NPS alumni riddled Fleet Week in key leadership roles.

Headlining the demonstrations of military equipment was the fleet’s newest and most technologically advanced amphibious assault ship, the USS Makin Island. The 847-foot ship, the first to be equipped with gas turbines and an electric drive system, offered public tours while docked at the base of the Bay Bridge. The new propulsion method, which replaces the older steam boiler, is similar to that of the hybrid car, enabling longer transit distances using less fuel.

And leading the more than 3,000 Sailors and Marines aboard Makin Island was NPS graduate Capt. Cedric Pringle.

“Aboard Makin Island we are honored to take part in the renewing of San Francisco Fleet Week, and we look forward to any opportunities to return in the future,” Pringle said. “I look forward to building upon the relationships fostered during this year’s events.” 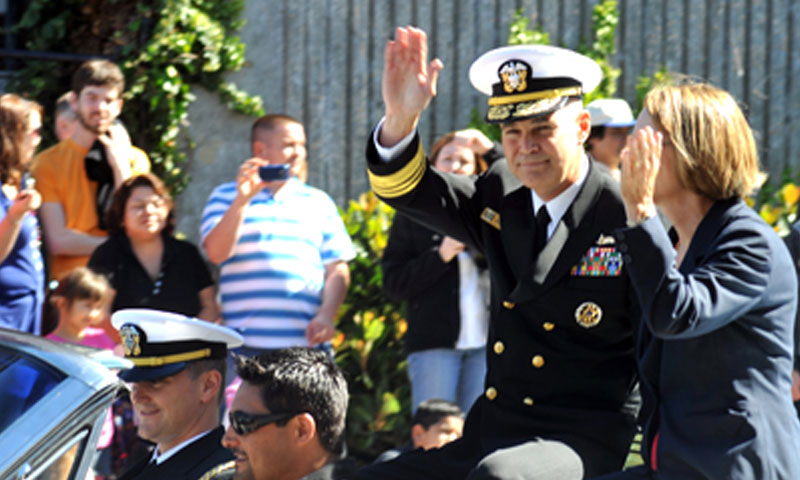 Vice Adm. Richard Hunt, Commander of the U.S. Third Fleet and a 1988 graduate of NPS’ Telecommunications Systems Management program, served as the senior officer for Fleet Week festivities. Hunt, who is responsible for the operational control of naval units in some 50 million square miles of the eastern and northern Pacific Ocean, has been frequently credited as the driving force behind bringing the “Fleet” back to this year’s Fleet Week.

“In years past, the number of ships in attendance at this long-standing engagement was dwindling,” Pringle noted. “This year we really put the Fleet back into San Francisco Fleet Week. Our success in bringing the ships back is due to the hard work, dedication and leadership of General [Michael] Myatt and Admiral Hunt. They have really gone the extra mile in making this year’s festivities relevant.”

But it wasn’t just on land and sea where graduates of NPS made Fleet Week happen. Lt. Cmdr. Frank Weisser, an alumnus with a master’s degree in Systems Analysis, dazzled the crowds with aerial acrobatics and stunts as the lead soloist for the Navy’s Blue Angels. Weisser attributes much of his success in the Navy’s highest-visibility squadron to lessons learned while studying at NPS. 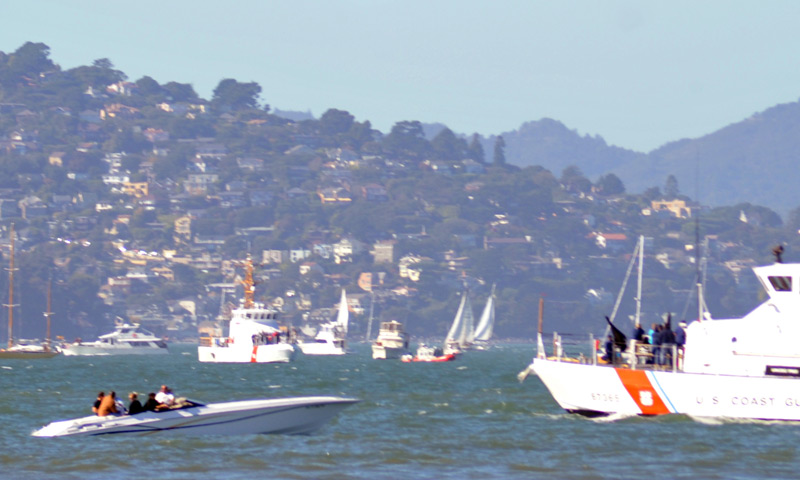 “As well as being lead soloist, I’m also the operations officer for the squadron,” Weisser noted. “I have to manage the squadron’s budget, which is a difficult task considering we’re traveling more than 300 days out of the year, all of the flight hours we amass and how spread out our support and staff requirements are. I need to make intelligent decisions on how to provide the best support to the squadron, and my degree in [systems] analysis allows me to handle these decisions with a logically sound and well measured approach.”

Weisser views community engagements like Fleet Week as great opportunities to showcase the Navy to local communities that might not have first-hand experience with the military.

“We participate in these types of outreach efforts to showcase the ships and units – everything from aviation to surface – to the civilian community,” he said. “It’s an excellent way to positively interact with local communities.”

Representing the Navy in the final frontier, the W Foundation hosted a two-day presentation on “The Navy in Space” featuring former NASA astronaut John Herrington, a graduate of NPS’ aeronautical engineering master’s program.

“It’s all about math and science,” Herrington told a group of high school students interested in pursuing aerospace careers. “With my master’s degree I had the education required, but it also took a lot of operational experience.”