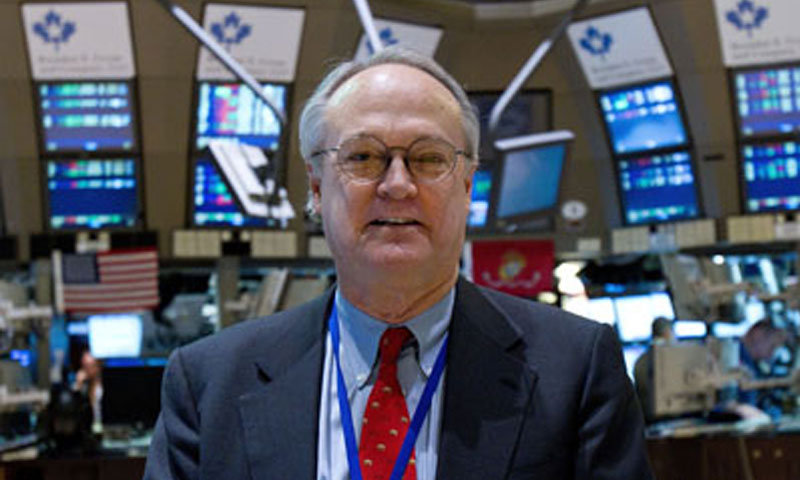 From the halls of NPS to the New York Stock Exchange, the comprehensive Operations Research program at NPS helped prepare alumnus Marshall Carter for over 30 years in finance. He retired from the Marine Corps in 1975 after serving two tours in Vietnam.

From the Purple Heart to the New York Stock Exchange, NPS alumnus Marshall Carter has had quite a career. He has worked for some of the most powerful companies in banking, and now serves as Chairman of the Board of Directors of the NYSE Group, also known as the New York Stock Exchange. He also regularly lectures on leadership and management to graduate students for the Sloan School of Management at the Massachusetts Institute of Technology (MIT) and Harvard’s Kennedy School of Government.

But before he became the head of one of Wall Street’s most powerful organizations, and a speaker on ethical leadership, Carter served two tours in Vietnam with the United States Marine Corps, where he was awarded the Navy Cross and Purple Heart.

He transitioned to the Reserves in 1975, and looked for a fresh start in the private sector. That time in America was a difficult one, however, and the heated debate over the Vietnam War had left employers wary of hiring vets.

“At the end of the Vietnam war, if you were a heavy combat vet, you couldn’t get a job. Because at that time, people hated the war, and the public seemed to also hate the service people. I got rejected by 85 companies. It was very tough for vets to get a job.”

Despite the difficulties he found in transitioning his career out of the public sector, he was always confident that some of the biggest lessons he learned in the services, such as ethics, leadership and the value of education, would translate seamlessly to the private sector.

Relying on his experiences from years in the service, Carter secured a position at the Chase Manhattan Bank, working towards establishing a system similar to the Defense Department’s planning, programming and budgeting system.

“There was a direct application of the skills I had learned in the graduate program at NPS, and in working at the Marine Corps headquarters in the Pentagon.”

Banking ultimately proved to be something that Carter was very good at, and was a place where his skill set and values were both needed and applicable.

“I think that a graduate education really gives you the intellectual knowledge that you need to progress upward in your career. And I think it gives you a certain level of maturity.”

Carter continued working for Chase for 16 years before relocating to Boston to serve as Chairman and Chief Executive Officer of the State Street Bank and Trust Company, which he retired from almost 10 years later. In an industry recently plagued by self-interest and a sense of public distrust, Carter has maintained the same values instilled in him at a young age, and earned him a reputation as an honest and fair leader.

“I think there’s been a degradation of ethics in the country for the last 25 years or more. Solid ethics used to be a cornerstone of American business,” he said. “The example of leadership really starts at the top. A company can’t have a good ethical foundation if the CEO isn’t walking the talk, and setting the example.”

Part of the problem of the financial crisis, he noted, was irresponsible actions by leadership of major financial companies. The kinds of problems that emerged as a result, such as banks giving out mortgages to individuals who couldn’t afford the payments, dealt a heavy blow to the economy. In the military, choices like those could mean the difference between life and death.

“The military has a real edge up in ethics, and there are a few reasons for that,” said Carter. “The first is that in the service academies, you get ethics training very early on, starting at 18 or 19 years old. And the second reason, and perhaps the most important—poor ethics in the military can get people killed or wounded.

“In the civilian world,” Carter continued, “like finance for example, no one is dying, but there are still major consequences. When leaders focus too much on making money for the corporation, as opposed to making contributions that benefit society, the result is people are broke or they lose their homes.”

His reputation came into play in 2003 when the financial crisis triggered changes in the NYSE, and the company called six seasoned banking executives out of retirement to form a new Board of Directors. Carter quickly moved up the ranks, becoming Chairman in 2005, the position that he still holds today.

Carter says he routinely listens to the needs of his employees, and helps the NYSE create an environment where employees feel comfortable with their choices. Additionally, several measures are taken as a precaution, such as the inability of stock exchange employees to own stock – including Carter and the CEO – to maintain an ethical foundation to build upon.

In his lectures at Harvard and MIT, Carter notes the qualities that an effective leader possesses -- traits that are necessary everywhere from the battlefield to the floor of the stock exchange. 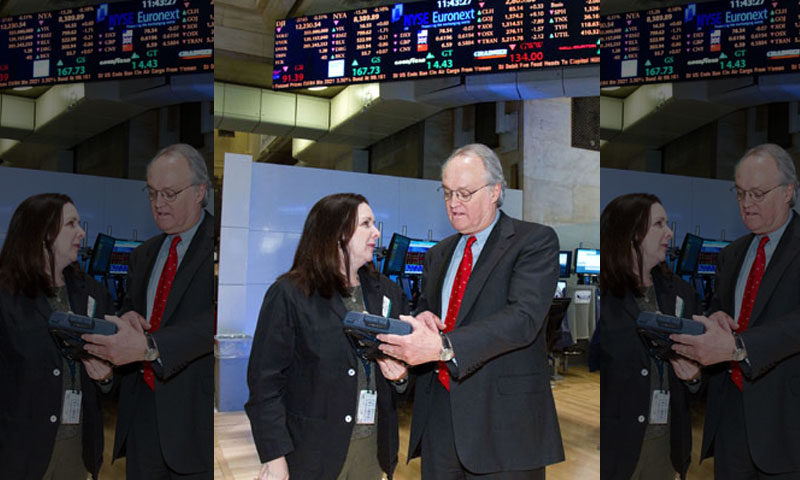 Now the Chairman of the New York Stock Exchange Group, Marshall Carter (pictured, right) values the lessons of ethics and leadership instilled in him as a Marine.

“To me, as someone who has been in the workforce going on 50 years now, effective leadership all boils down to three essential skill sets: The first is technical competence in your job. The second is adaptability, because things change every six to eighteen months in both the military and civilian world.

“And the third,” Carter continued, “Is the ability to communicate with people that work for you, around you, and above you. After 50 years of practicing those, they seem to me to be the most important, and ones that you really learn in the military.”

“Those skills, regardless of your job or position, are still the core of leadership.”

Leadership is critical in the services, Carter noted, because of the importance of having not only a strong chain of command, but also clear communication down the ranks. This becomes especially critical when service people are being trained for combat. Leadership, like ethics, is instilled very early on in a [soldier’s] career.

While ethical and effective leadership are key, Carter also notes that one has to have balance in order to be successful. A former student of NPS, Carter knows the pressure facing young officers working on their graduate education. He recalled that he and his peers used to joke that attending NPS was like serving an overseas deployment in your living room because the workload was unforgiving, and rest was a luxury. Balance comes in the form of a blend of work and family time, and a hobby to turn to when the pressure of either begins to mount.

“Life is like a three-legged stool, you have your work, family and religion, and a third outside interest that is about you as a person. And you can’t have a two-legged stool. It falls over. So you have to have this – whatever it is – running marathons, coaching your kids’ soccer team—this is an activity or event that treats you as an individual.”

As for Carter, he spends his free time flying his seaplane over New England, an activity he says allows him to clear his head of work challenges and focus on his hobby.

“As all military pilots know, you don’t take a problem with you when you are going to fly an airplane,” Carter added. “You have to leave that on the ground.”