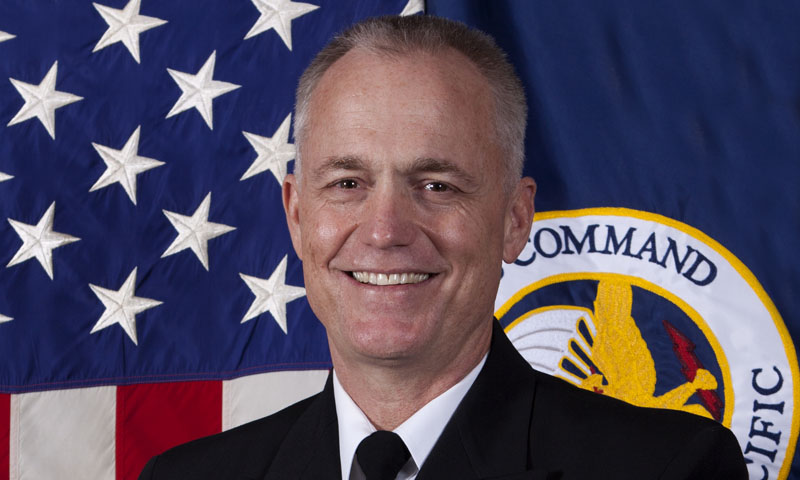 NPS alumnus Rear Adm. P. Gardner Howe has been named the next President of the Naval War College in Newport, Rhode Island. Gardner graduated from the university’s special operations/low-intensity conflict curriculum in 1995.

Rear Adm. P. Gardner Howe, a 1995 graduate of the special operations/low intensity conflict (SOLIC) curriculum at the Naval Postgraduate School (NPS), has been named the next President of the Naval War College in Newport, Rhode Island.

A career Navy SEAL, Howe is currently serving as the Commander of the Special Operations Command, Pacific, and has also commanded Naval Special Warfare units in Bahrain and San Diego.

Howe enrolled in the SOLIC program at NPS just two years after it was created in 1993 to specifically serve the Special Operations Forces (SOF) community. Years later, the program would become part of the university’s Department of Defense Analysis where, today, Howe and his thesis on mitigating risk in military operations remain well-known and respected.

"I cannot think of a better selection for this position,” said Dr. Gordon McCormick, Dean of the NPS Graduate School of Operational and Information Sciences, and advisor on Howe’s thesis. “Gardner Howe is a warrior, an intellect and free thinker, and an exceptional officer. He exemplifies the best traditions of the Naval War College."

“Admiral Howe’s thesis is a profound meditation on the overarching problem of risk in military operations,” adds NPS Defense Analysis Chair Dr. John Arquilla. “The question there is not so much how to conduct an operation … but how to balance risk and return as they relate to the objectives of the mission.

“I would say this is an extremely important follow-on to Adm. McRaven’s work,” Arquilla added, referencing U.S. Special Operations Command Commanding Officer Adm. William McRaven’s well-known Theory of Special Operations thesis of 1993 (later published as SPEC OPS, a popular book that has been through several reprints, and translated into multiple foreign languages).

McRaven led the development of the SOLIC curriculum at NPS in partnership with his thesis advisors while still a student in the national security affairs program, recognizing that the Department of Defense needed a program tailored to the SOF community.

As Howe transitions from the leadership of an operational command to the helm of an academic institution, Arquilla says his unique combination of operator and strategist skills will serve the historic naval institution well.

“American naval strategies for an age of industrialization, and large conventional warfare, were formulated at the Naval War College by Alfred Thayer Mahan and those who would come after him,” Arquilla said. “The challenge for the War College and for NPS, now, is to think through the implications of warfare in an information age, rather than an industrial age; of irregular warfare rather than conventional warfare. I think it is exceptionally fitting that someone with Admiral Howe’s qualifications has been selected for this position.”

With the NWC’s Center for Irregular Warfare and Armed Groups already in discussions with NPS on areas of potential collaboration, Arquilla said, he is optimistic there will be additional connections between the Navy’s graduate institutions.

Howe, a native of Jacksonville, Florida, will succeed Rear Adm. Walter “Ted” Carter Jr. later this year, who will be heading down I-95 to Annapolis, Maryland where he will assume command of the U.S. Naval Academy.