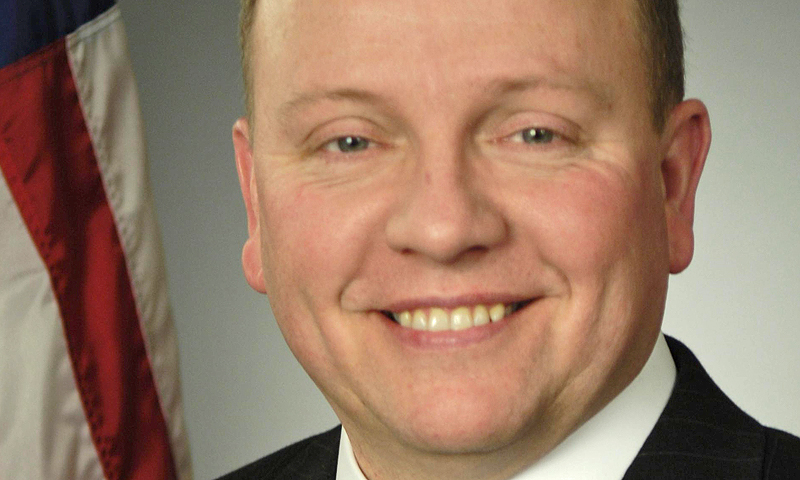 Dr. Roger McGinnis, a master and doctoral graduate of NPS, has just been named director of Florida State University’s Center for Advanced Power Systems (CAPS). In his new position, McGinnis will work closely Navy, DOD and other partners on the development of innovative power systems.

Retired Navy captain and NPS alumnus Dr. Roger McGinnis, Sr., has recently been appointed director of Florida State University’s Center for Advanced Power Systems (CAPS). McGinnis has led an impressive career, both on active duty and beyond, culminating in his selection.

“I am a lifelong learner … One of the things that brings me joy is learning about something completely new. My education started with a bachelor’s degree in management, then a decade later I went to NPS for a master’s degree in electrical engineering, followed a few years later by a Ph.D. in physics,” said McGinnis.

“My career has moved from surface ships to stealth technology development to high-energy laser and electromagnetic rail guns, and recently autonomous aircraft systems. My new position at CAPS will focus on advanced power systems,” he continued.

McGinnis reported to all levels of Navy and Office of the Secretary of Defense (OSD) leadership on the development of directed energy weapons for U.S. Navy forces, something he has developed a passion for over his distinguished career.

“In the military and in civilian careers, we are often taught to punch the right tickets to obtain your next promotion,” said McGinnis. “However, while in uniform and now as a civilian I have encouraged people to avoid that practice and instead work at something you really enjoy in a geographic location you enjoy. Work on something you enjoy and the promotions will come along without much difficulty.”

“Lots of young officers and students come here enthusiastic about their studies in technical areas like physics, cyber warfare, electrical engineering, etc.,” said Colson. “Roger’s message to them is to not lose that enthusiasm when planning for jobs in their Navy careers.”

“The Navy needs people in these technical areas,” Colson continued, “and as the Navy continues to become more technical, the jobs are out there for NPS graduates to make use of their education and serve our nation.”

Colson adds that while McGinnis has distinguished himself throughout his active duty career, he has continued to serve the United States government in varying capacities since retirement. McGinnis led the Department of Homeland Security’s Advanced Research Project Agency, and is new position at CAPS works very closely with the Navy, ONR, DOD and the Department of Energy.

“Roger is an example of an NPS graduate reaching Captain rank, being very successful in helping the government, even after his active duty service. Now he is continuing to climb higher in another position, while still serving our government and nation,” stressed Colson.

“NPS is one of the best opportunities I know of to achieve an advanced education in one of the most beautiful parts of the country,” added McGinnis, who offered a bit of further advice to current and future students.

“And while the workload can be significant at NPS, be sure to spend time with your friends and family during this period, as you know you will not face a deployment for a couple of years. I work with many NPS graduates, and all of us have fond memories of our time at NPS. Some of us even hold secret plans to return there someday,” he said.