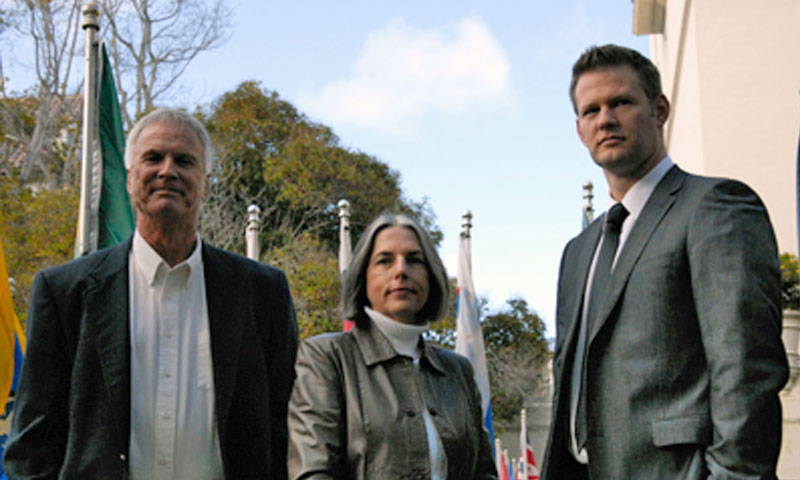 As the designated United States Partnership for Peace Training and Education Center (USPTC), NPS worked closely with the U.S. State Department and the Government of Brazil to bring together NPS professors, diplomats and partner nation representatives for the two-day workshop.

“DF4D is a Department of State policy initiative intended to strengthen fiscal management and transparency in partner nations, thus promoting stability and sustainable economic growth and prosperity,” said USPTC Program Manager Nathan Christensen of Denver, Colo. “It was born of USPTC efforts to reach out to the Department of State and identify opportunities to match NPS capabilities with State Department and partnered nation’s needs.”

“Our goal was for the U.S. and our Brazilian counterparts to encourage whole-of-government fiscal transparency initiatives in partner countries,” said DRMI Executive Director Dr. Francois Melese. “The conference was attended by high-ranking government representatives from Honduras, El Salvador and the Dominican Republic.”

Also in attendance was U.S. Assistant Secretary of State for Economic and Business Affairs Jose Fernandez.

“We want to help countries position themselves to take ownership of their own development by gathering the necessary resources from domestic sources,” said Fernandez.

“Each partner brought something unique to the table,” said Angelis. “The Brazilians, over the last decade, have made great strides in public transparency … They are absolutely an equal partner … they have leapt ahead in regard to flexibility and adaptability in the area of fiscal transparency.”

DRMI researchers are interested in Brazil’s success due in part to the organization’s mission of encouraging fiscal reform, effective budgeting and analytical decision-making.

“We wanted to leverage the Brazilian lessons learned, those things that they have implemented and had success,” said Angelis. “We recognize that we have our own issues and are open to learn from our counterparts as well.”

“We broke down our presentation into four parts: policy, revenue, spending and public accountability. We teach the logic and the principles behind these issues, not necessarily the ‘American way’ of approaching them,” said Melese. “If the participating nations understand the principles, they will come up with approaches that work for them.”

The presentations were offered jointly with senior Brazilian government officials and academics.

“During the workshop we developed joint presentations with our counterparts from the Brazilian Escola de Administracao Fazendaria,” said Richter. “U.S. faculty presented economic theory; our Brazilian counterparts demonstrated practical applications of the theory based upon their nation’s recent economic successes.”

Topics like those discussed at the conference rarely make headlines, but if Melese and his colleagues are correct, perhaps they should. Melese insists that nations that adopt these principles encourage foreign investment, foster citizen support, and create an environment where economic success and increased standards of living are possible.

“If [participating nations] are able to make improvements in their transparency, efficiency and effectiveness, they become more robust partners in South America,” said McNab. “You have to provide transparency in each of these areas in order to increase revenue.”

The effort caught the attention of U.S. Secretary of State Hillary Rodham Clinton, who praised the workshop in a joint statement with the Brazilian Minister of External Relations following the U.S.-Brazil Global Partnership Dialogue. DF4D has “set the stage for follow-on collaboration with participating countries to encourage fiscal transparency and discourage corruption while making tax administration and budget execution more efficient and effective,” the release notes.

“No matter who you spoke to it was a resounding success,” said Angelis. “It is our hope that we will be able to continue with this partnership to try to support selected countries in their reform efforts.”

Angelis credits the USPTC Program Office for bringing the various participants together and creating a forum that she hopes will lead to future partnerships and future economic success.

“It was a fabulous opportunity for all of us to work together and to take advantage of our respective strengths – the USPTC Program Office was able to coordinate, the State Department had the international audience, and DRMI had the expertise … The result was a fantastic program,” she said.