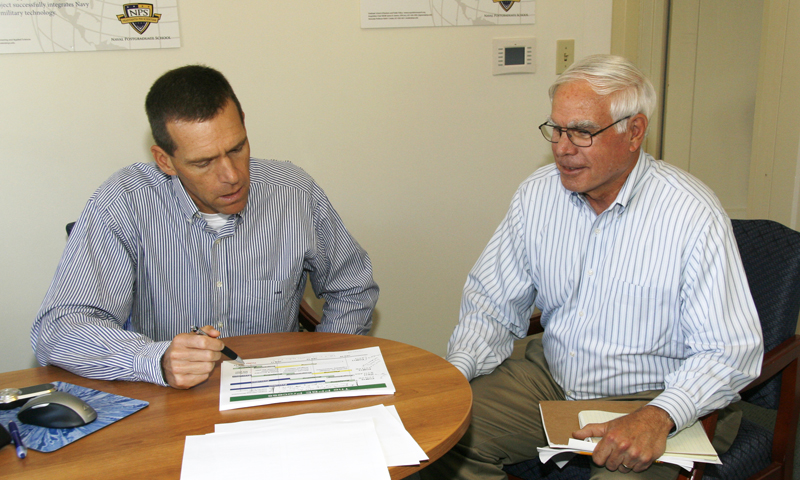 While NPS is widely known as the premier graduate university for mid-level officers to receive a defense-based degree, roughly 15 times a year, the campus welcomes senior Navy Flag Officers as they take part in the Transition Support (TS) Program, hosted by NPS’ Center for Executive Education (CEE).

Smith explained his initial concerns about finding time to attend the courses, but left noting that his time in Monterey was well spent. He sees this as a program that will have lasting value for the Navy and for him in his new position.

“I was a bit hesitant to attend the course as I felt I didn't have the time to spend. After talking to some folks who had previously attended I decided to give it a try,” explained Smith. “I'm glad I did as I will now go into my new job and do some things differently. If I hadn't attended and increased my knowledge in those areas I knew I was weak in, I would have continued doing the same things as I had previously and wondered why nothing improved.

“I found the executive coaching sessions to be of the most value,” he continued. “It was a time to reflect on my strengths and weaknesses as a leader, and to then discuss how to leverage them to improve my leadership and communication skills.”

The TS program, part of the overall Navy Executive Development Program, utilizes NPS’ experienced faculty to help flag-level officers transition into positions of increased responsibility. The admirals visit NPS for two or three days between assignments for tailored, one-on-one discussions with subject matter experts to help them prepare for the challenges that await them in their new position.

CEE Director Ron Franklin and Deputy Director Winli McAnally recently had the opportunity to brief the Chief of Naval Personnel and NPS alumnus Vice Adm. Scott Van Buskirk on the value of the program in a visit to Washington, D.C., Nov. 9. This was Van Buskirk’s introduction to the Navy Executive Development Program and to the concept and goals of the TS Program. Van Buskirk expressed strong support for this unique mission for NPS and its exceptional value to the Navy leadership.

“At the same time, this is an exceptional opportunity for the Naval Postgraduate School – to be involved in the development and education of the senior leadership of the Navy,” added Franklin. “This is the first time in the history of the school that the executive leadership of the Navy is coming to NPS for their own advancement and professional development.” 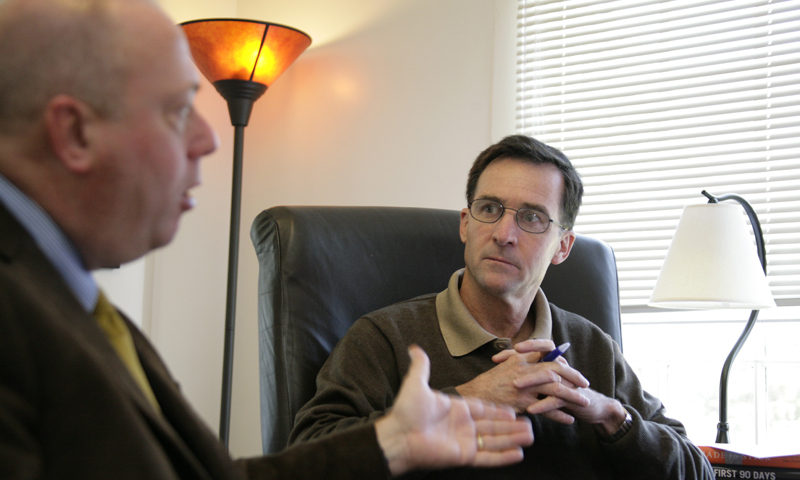 Flag officer participants for the program are selected by the Flag Development Office on the Navy Staff, ensuring that those who selected are not simply transitioning laterally within the Navy, but are moving into more senior positions.

“The Flag Development Office advises us on the admiral’s current position, the job they’re going to, and where they are in their career; then it is easy for us to shape one-on-one, desk-side chats with specific faculty and subject matter experts who can almost serve as confidants in the discussion of the admirals’ future job,” said Franklin.

McAnally coordinates directly with participants before they arrive to understand what areas of concern he or she might have, and what topics are recommended by their predecessor. Smith found that element of the program to be exceptionally rewarding.

“Having the ability to tailor your program to areas where you want to build your knowledge level and understanding is key,” said Smith. “Trying to carve out the time to stop and think about where you're headed next, and to spend some time thinking about it is tough. Developing your own program to what you want and need incentivizes you to visit NPS and advance your knowledge.”

Franklin explains that NPS has such a diverse and exceptionally qualified faculty that finding the right subject matter expert to facilitate the TS discussions is not a problem.

“We know talent and where to find it. We will find the best person to address the issues desired by the visiting admiral. Our faculty have excellent credentials and absolutely pertinent research expertise that relate to our Navy’s leadership and their requirements,” he continued. “And that’s just the academic background. There is also the practical or functional background that is also invaluable.”

Another component of the TS program that Franklin and McAnally find valuable is the ‘reach back’ opportunity. Once the admirals see the resources and expertise available to them, they will often seek follow-up engagement with NPS faculty once they are in the new job.

“The point is that the admirals get a chance to continue the TS discussions in their new job with the new leadership team,” he continued. “Specific examples are commander’s conferences held by an Expeditionary Group Commander on the East Coast last year and a similar leadership conference for Commander Seventh Fleet we will host in Japan in December this year. These are senior leadership meetings, to plan strategy and team building – the seeds of which had been planted when the admirals were here at NPS – and now there is the opportunity to mature and develop a full-blown leadership plan within the first three months.”