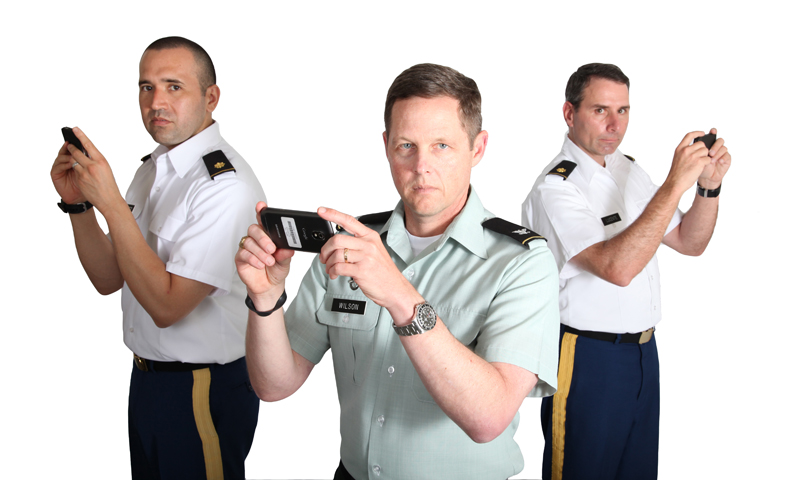 There was a time when identifying friend or foe on the battlefield was pretty simple. The good guys wore uniforms that matched your own and the enemy was arrayed in neat formations, waving flags and marching to the beat of uniformed drummers.

On the modern, asymmetric-battlefield, friendly and hostile forces are intermixed. There are few uniforms, and loyalties are often divided.

Researchers at the Naval Postgraduate School’s (NPS) Common Operational Research Environment (CORE) Lab have embarked on several innovative programs that allow both intelligence analysts and tactical operators to visualize the battlefield as never seen before.

“You wouldn’t go to war without a topographical map,” said NPS Professor Dr. Gordon McCormick, founding chair of NPS’ Department of Defense Analysis. “But we have been going to war without a map of the human terrain; the CORE Lab is working to provide that map.”

The lab’s staff is comprised of an eclectic group of researchers that includes interdisciplinary faculty partnered with seasoned special operators with years of boots-on-the-ground experience. Together, they aim to illuminate the “human terrain” by utilizing advanced analytical methodologies.

“There is no other place in the world that teaches these kind of courses at the graduate level … We offer a truly a unique educational and research opportunity,” said Core Lab Co-Director and U.S. Army Green Beret Col. Greg Wilson. “Our faculty and students are utilizing cutting-edge analytical methodologies and analysis tools.”

“In the class that I teach, we try to bring together geospatial, temporal and relational analysis in a manner that we can visualize,” said Everton.

But the lab is not just a research institution. It is a working lab that is producing relevant applications with names like, “Lighthouse,” “Dynamic Twitter Network Analysis (DTNA),” and “Improvised Explosive Devise Network Analysis” (IEDNA). These applications may soon replace outdated intelligence systems and close the gap between intelligence analysts in labs and operators on the ground.

CORE Lab graduate students have the option of bringing in data from their home units or nations for analysis in the lab. This approach ensures that students not only receive a world-class education, but that they have an understanding of powerful analytical methodologies that can be applied when they return home.

“Our students can bring in their own data, and we will help them to analyze it in a manner that allows them to apply it in the real world,” said Wilson.

The CORE Lab challenges students to both understand and practice the methodologies the lab offers.

“Our faculty ask students to study a problem that is meaningful to their country and then go back and apply it in the future,” said Wilson

Several international students at NPS have already taken CORE Lab methodologies and applied them in their home nations.

Colombian Army Maj. Carlos Padilla took data from his home nation and was able to identify insurgent networks on the Venezuelan side of his country’s border.

“My final assignment for my Geospatial and Temporal Dimensions of Dark Networks class focused on the presence of FARC [Revolutionary Armed Forces of Columbia] camps along the border between Colombia and Venezuela. With open source data, we were able to locate FARC camps inside Venezuela and determined through geospatial analysis the likely locations of two additional FARC logistical camps located on the Venezuelan plains and Colombian Perija mountain range,” said Padilla.

Padilla’s work was later used to inform South American diplomats at the Organization of American States (OAS) about Venezuelan support of the FARC.

“In April, I returned to Colombia and provided my analysis to the Columbian J2 [intelligence department]. My analysis was used in support of a report delivered by Ambassador Hoyos in an OAS meeting where he denounced Venezuela for supporting the FARC.”

What made the CORE Lab’s approach useful to Padilla was its emphasis on geospatial and social relationships. Researchers at the lab help their students to visualize relationships between components, individuals and social networks rather than focusing on more traditional intelligence analysis techniques. 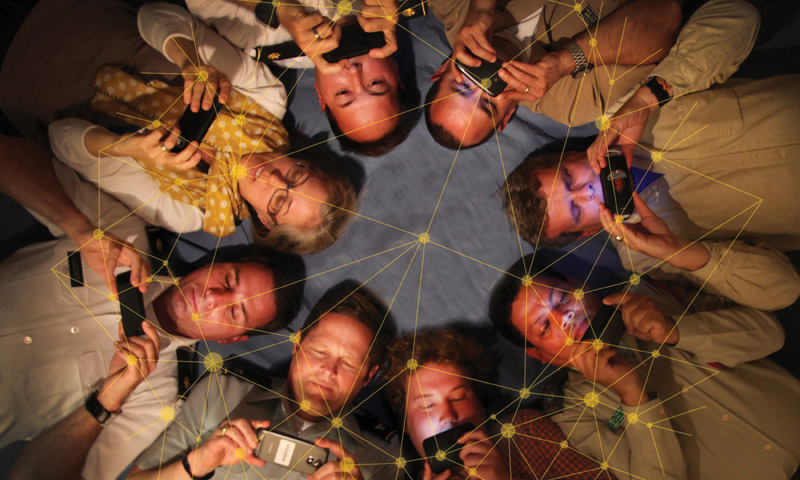 The CORE Lab’s Lighthouse application is indicative of the lab’s bottom-up approach.

Longley and Machiela were looking for innovative ways to capture and visualize information related to tribal networks in Afghanistan. The app they created allows users to enter socio-cultural information into a smart phone or tablet.

Lighthouse takes pages of code, almost indecipherable to non-analysts, and provides a user-friendly interface for collecting data in the field. It then exports the data into analytical software packages that visually depict relationships between individuals, revealing social networks.

“Lighthouse facilitates the visualization of a complex operational environment for either a commander or an operator on the ground,” said CORE Lab intelligence analyst, U.S. Army Maj. Seth Lucente.

“Social media data can highlight how users portray themselves and their affiliations with other users, groups, nodes and networks,” said Lucente.

When a social media user utilizes Twitter to join a group or to garner support for his own group’s activities, he creates a network of likeminded users. Group members share information and report on their activities in what they assume is a low risk environment. DTNA identifies the hubs from which information flows and identifies likeminded users who in turn “re-tweet” or pass on information. DTNA then provides a visual representation of the “tweets,” and relational data that can be used by analysts and operators on the ground.

Lucente offered an example with real world implications that illustrates how DTNA could be utilized.

“In Syria, there are 51 organizations claiming authority. This tool allows us to see who is politically connected, which political organization is most successful, and it illuminates those who share common values with U.S. interests in the region,” said Lucente.

Lucente believes that the information provided by programs like DTNA could be used to facilitate socio-political cooperation and save lives by enabling U.S. special forces operators to quickly highlight potential partners in a troubled region.

“We are looking at social networks to determine who has the social capital to emerge as a prominent actor,” said Wilson.

Intelligence analysts often find that it is difficult to weed through the competing claims of rival groups. Conventional means of intelligence reporting are time consuming and difficult for warfighters to interpret, but information gleaned through the technology developed by NPS students, allows operators and analyst to see near real-time, self-defined actors on the battlefield.

Hypothetically, if the U.S. were to decide upon a course of action in Syria, U.S. policy makers could utilize the technology developed at NPS to identify and reach out to groups whose interests were aligned with U.S. policy and whose activities were in the best interest of the Syrian people.

“You could take all of the open source media (Facebook, Twitter, YouTube) and gain valuable insights into what is happening on the ground, how issues or grievances are being framed and understand what is resonating with the local populace,” said Wilson. “Deployed forces using DTNA could gain valuable insights into the socio-cultural dynamics in the region and reduce the risk of uncertainty in decision making.”

The practical applications of software like this go beyond defining the relationships between bloggers and social networks. These methodologies can also be applied to the relationship between components in explosive devices.

Childress and Taylor insisted that bomb components, “speak” and that operators could interpret their language if there was a way to capture structured data on IEDs and a methodology that could visually depict the relationships between individual components.

IEDNA allows users to capture data before or after an IED explodes. This data allows analysts to map IED networks at the component level and then trace them back to potential bomb making cells or individuals. This capability promises to illuminate IED networks in new and exciting ways.

The CORE Lab is working on methodologies with civilian applications as well.

“Emergency rescue personnel could utilize these methodologies to identify survivors after a natural disaster or to identify individuals on the ground with access to real-time information. Rescuers could then get critical supplies or emergency response personnel into an affected area,” said Lucente.

Eventually, CORE Lab researchers hope to reach a point where operatives on the ground can use handheld devices to upload data in real-time to analysts; analysts could then push analytical products forward into the field, clarifying the human terrain where it matters most.