NPS Department of Systems Engineering Ranked 21st in the Nation

NPS Department of Systems Engineering Ranked 21st in the Nation 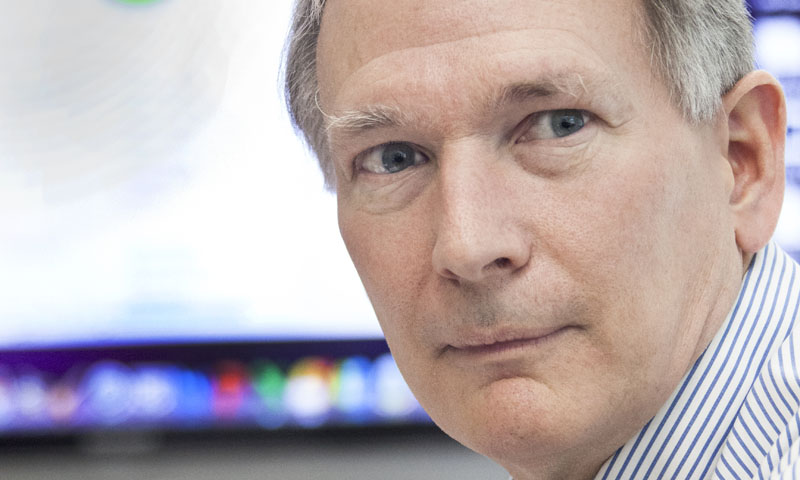 NPS Department of Systems Engineering Chair Dr. Clifford Whitcomb is pictured in his office in Bullard Hall on campus. The university’s systems engineering department was recently ranked in the top 25 in the nation by U.S. News and World Report.

U.S. News and World Report recently released its annual rankings of the top graduate schools in the country, and the Naval Postgraduate School’s own Department of Systems Engineering ranked 21st on the list, standing along side prestigious programs from universities like Georgia Tech, Stanford, UC Berkeley, Virginia Tech and the Massachusetts Institute of Technology.

Notably, NPS’ systems engineering (SE) program was ranked higher than several older and more established national programs, placing the university’s youthful SE curriculum amongst the strongest in the nation. While systems engineering is not new to the Navy, the current program received its ABET accreditation just three years ago in 2010.

“Systems engineering started as a department in 2002, and we first began educating students in 2006. We went from no resident students in 2005 to over 100 students today … the growth has been phenomenal,” said NPS Department of Systems Engineering Chair, Dr. Clifford Whitcomb.

“Our current ranking just shows that we are meeting a need that the Department of Defense has. We have been able to adapt to that need with incredible growth while maintaining a quality, accredited program at the same time,” continued Whitcomb.

As the Department of Defense’s need for complex technological systems has grown, so too has the need for qualified engineers that are able to bring together disparate systems. This need has made NPS’ SE program a high priority, with graduate students working on everything from shipboard naval systems to missile defense and space programs.

“This national recognition, coupled with our recent ABET accreditation, assures our sponsors and students that the SE department provides extremely high quality education and research to meet the needs of the Navy and other services. For a department only 11 years old, this ranking is a remarkable achievement, especially to be in the top 25 in the country,” noted systems engineering Professor Dr. Dave Olwell. “Our dedicated faculty, students and partners can be justifiably proud of their contributions that made this success possible.”

Graduates from the NPS SE program frequently move on to positions within the Navy’s systems commands, the U.S. Army Missile Defense Agency, and the Air Force’s space and missile commands, Whitcomb notes.

“We developed an SE program that would meet our sponsors needs to develop competent systems engineers for their programs … We have really managed to meet and exceed their demands to create qualified engineers with backgrounds in systems engineering,” Whitcomb said.