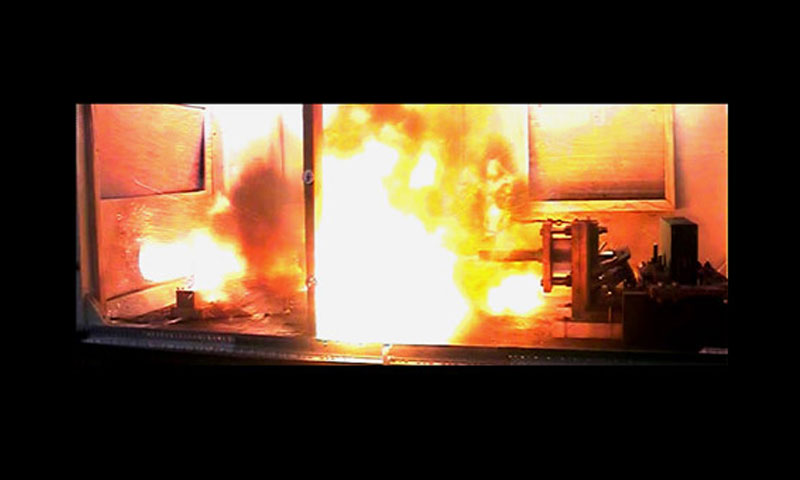 A high-speed camera catches a recent test firing of NPS’ experimental electromagnetic rail gun. The futuristic device in Senior Lecturer Bill Maier’s lab on the university’s campus uses a current of about 300,000 amperes to produce a projectile acceleration of about 500,000Gs over a distance of less than one foot.

Throughout the history of military service, there are few, perhaps only a handful of discoveries and new inventions that completely changed the way forces operate, strategically and operationally. When the musket became part of the infantryman’s standard issue, common sense dictates what impact it had on the sword. As cruise missiles became an integral part of the naval fleet, strategies and concepts of operations of how a ship can support conflict completely changed. Delivering energy fast, accurately, and at a safe distance has been a continuing theme in weapons development.

The next discovery just may be upon us. Directed energy and hypersonic weapons could very well be the next era of Naval armaments – at least that’s what Chief of Naval Operations Adm. Gary Roughead thinks.

“Hypersonic and directed energy weapons have the potential to profoundly influence future maritime operations,” he noted. “They will likely change the Navy’s contributions to joint forces at the tactical and operational levels of warfare.”

Two professors at the Naval Postgraduate School (NPS) would probably agree with Roughead’s assessment, and with the help of several students and researchers, are examining advanced high-energy technologies that would revolutionize maritime warfare over the next few decades.

“These are futuristic weapons,” said Colson. “But if these work as we think they will, they are going to revolutionize the way ships defend themselves … as revolutionary as guns were to swords.”

Colson is referring to a concept he has been working on for several years, utilizing a high-energy free electron laser for shipboard defense.

In addition to the speed of the system, it’s accuracy is quite impressive. “The FEL is a ‘surgical’ weapon,” said Colson. “We don’t just track and hit an incoming missile in flight, we hit a specific part of that missile that most readily leads to its destruction.” 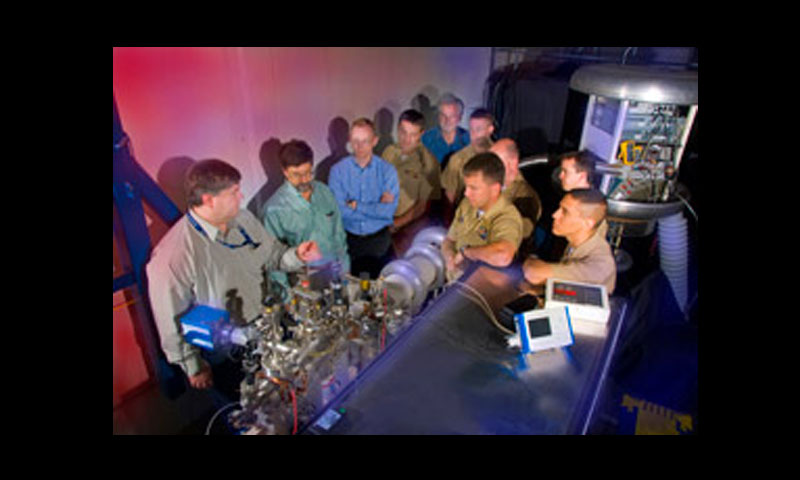 Students and faculty review the recently acquired free electron laser prior to a test firing in its new dedicated directed energy laboratory. NPS faculty expect FEL technology to be placed into the Innovative Naval Prototype (INP) program, an endeavor which the Office of Naval Research dedicates 10 percent of its annual budget to advanced research on futuristic technologies.

And Colson’s research is about to enter a new era at NPS. Colson, who has been conducting discovery on free electron lasers for more than 20 years, recently led the NPS acquisition of Stanford University’s FEL. With an actual FEL on campus, Colson, his students and other researchers can test their ideas using actual cutting-edge technology on campus, in addition to leading collaborations with other laboratories and industry.

Earlier this year, FEL researchers successfully demonstrated the first test firing of the injector cathode of the Stanford FEL. NPS President Dan Oliver fired the first official test shot with Provost Leonard Ferrari and the Dean of the Graduate School of Engineering and Applied Sciences also in attendance. Colson said it was the first beam from the new Stanford FEL system achieved at NPS.

Equally advanced, and equally revolutionary, is Bill Maier’s research into the electromagnetic rail gun. With an EMG, projectiles slide along two fixed rails and are accelerated by passing a high current down one rail, through the projectile, and back down the other rail.

Navy rail gun systems in development nominally use currents as high as six million amperes to produce 35,000G's of acceleration over 10 meters. In Maier’s lab on the NPS campus, a current of about 300,000 amperes produces a projectile acceleration of about 500,000Gs over a distance of less than one foot, to velocities several times the speed of sound.

Unlike the FEL, which is primarily a defensive weapon, this futuristic, hypersonic weapon has the real possibility of replacing medium range offensive cruise missiles for some DoD applications.

“The rail gun is designed for targets within the range of approximately 200-300 nautical miles,” explained Maier. “It might take 15 to 20 minutes for a cruise missile to reach a target at this distance, whereas a rail gun projectile might only take six minutes or so to reach the target. And, as opposed to just one cruise missile, you could launch maybe 10 rail gun projectiles in a very short time.”

Rail gun projectiles require no explosives, the energy of the projectile’s impact at hypersonic speeds is enough to cause sufficient damage to the target. Projectiles will, however, require some sort of self-guidance system incorporated given the long distance they will travel.

Although rail gun research is conducted at several labs and universities, Maier and his students are conducting what he described as “innovative research” on ideas and designs for the futuristic weapon. This past summer, Maier and his team tested the design of a round barrel, which would be much cheaper to both construct and maintain.

Also, another benefit both proposed weapons share is that neither one requires chemical propellants of any kind. Instead, as Maier notes, the ship’s existing fuel is used to power the generators for both the rail gun and FEL, making it safer for the Sailors onboard, who are at greater risk if a ship with a high volume of explosives is hit by an incoming target.

And the potential cost savings for these new breakthrough weapons is extraordinary. A medium range cruise missile can cost anywhere from $500,000 to $1 million, each – while a rail gun projectile would cost on the order of about $10,000. And given their smaller size, ships can easily store and manage a large amount of rail gun ammunition.

With the free electron laser, the cost savings are even more incredible. As Colson notes, since the ship’s usual fuel source powers the generators for the FEL, the cost for firing the laser equates to maybe, ”a couple of gallons of the ship’s fuel.” 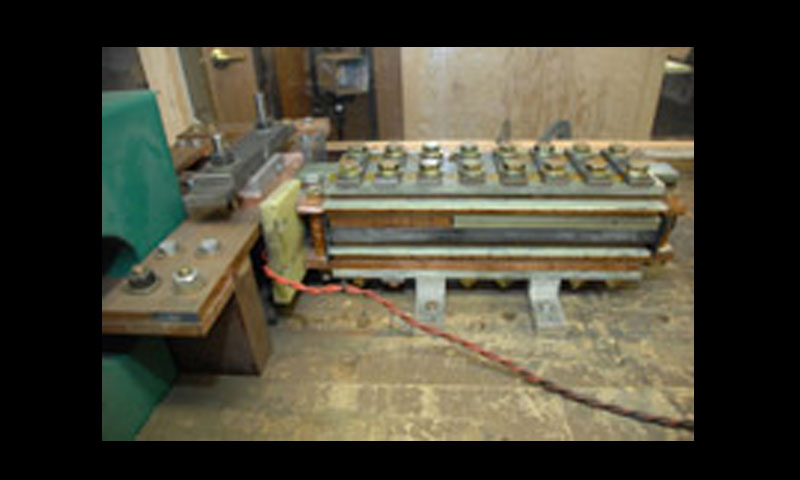 It may look a small and simple collection of bolts and metal, but NPS researchers use this futuristic electromagnetic rail gun to accelerate a projectile to velocities several times the speed of sound in a fraction of a second.

In support of directed-energy research, the Naval Postgraduate School will be opening a new dedicated laboratory designed to support the FEL program later this year. Currently, more than a dozen students are conducting their thesis work on the FEL and rail gun.

In 2008, the rail gun was officially named an Innovative Naval Prototype (INP) by the Office of Naval Research, and by 2010, the FEL will also be named an INP. These designations are a testament to the priority the Navy has placed on these new systems. Colson and Maier, who teach one of the only classes dedicated to FEL and rail gun technology anywhere, hope to see their respective research ready for shipboard testing by 2020.