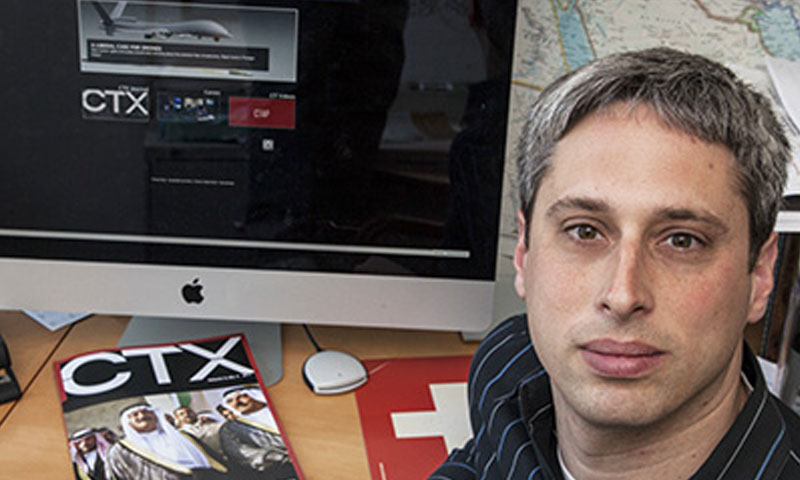 Each day, around the world, the Combating Terrorism Fellowship Program (CTFP) provides U.S. and international officers with innovative training and education in combating terrorism. Tens of thousands of security personnel from more than 140 nations have participated in CTFP classes and seminars offered by nearly a dozen institutions. But how can the program continue to keep graduates consistently at the top of their game?

A team of faculty and researchers from the Naval Postgraduate School (NPS) Department of Defense Analysis along with the MOVES (Modeling, Virtual Environments and Simulation) Institute took on this challenge. The result of their efforts, an online portal titled GlobalECCO or Global Education and Collaboration Community Online, has now launched in full offering alumni of the CTFP access to a wealth of counterterrorism-focused resources, documents, games and forums.

And it couldn’t be a better time for this resource to become available, notes project lead Professor Michael Freeman, who says that while terrorism has become a more visible tactic of warfare over the past decade or two, it is far from new and will likely only increase.

“Terrorism has certainly risen to the forefront of modern warfare, but it is a form of warfare that has been with us for thousands of years,” explained Freeman. “Terrorist ideologies change, but their tactics and strategies are, in fact, generally consistent over time. As wars between states have become and continue to be less common, our attention will increasingly shift to conflicts within states or between states and extremist organizations.”

These kinds of conflicts will likely lead to the expanded use of terrorism, making the mission of the CTFP that much more important as nations struggle with combating it in the future. It also, however, casts a bright light on the need to constantly share what has been learned already through the study of national responses to terrorism from states across the world.

“Britain, Egypt, India, Algeria, Pakistan, Israel, the Philippines, Colombia and many, many others have been fighting terrorism for decades and even centuries in some cases. What we are trying to do with CTFP and GlobalECCO is share the experiences and lessons that others have learned,” said Freeman. “We also hope to enable greater on-the-ground collaboration between countries fighting terrorism by building a community of CTFP alumni, many of whom have been and will be deployed to confront terrorist threats that are regional and sometimes global in nature.”

This is the space the GlobalECCO portal fills, which as its mission statement clearly states, was created to “build and strengthen the Combating Terrorism Fellowship Program's global alumni network of counterterrorism experts and practitioners through innovative and engaging technologies and techniques that both enable and encourage collaborative partnership among individuals, nations, organizations and cultures.”

While most CTFP students take part in short certificate programs, a select few enroll in full graduate degree programs like those offered by the NPS Department of Defense Analysis, where they study alongside officers from around the world. And while CTFP’s programs are offered through a number of different institutions around the U.S., it was NPS’ participating faculty that realized the need for greater connections amongst the program’s alumni population.

“Many of the students, even here at NPS, don’t realize that they are sponsored by, and a part of, the larger CTFP effort,” said Freeman. “What we are trying to do is build a community. And it’s not just a community of students here, but a larger community of CTFP alumni from several institutions that includes NPS.”

Upon graduating or completing a program from any of the CTFP partner institutions around the world, students will be offered access to the GlobalECCO.org website, where they can stay connected with their peers and continue to draw upon the broad experiences of the counterterrorism community.

The GlobalECCO website offers multiple avenues for continuing engagement, collaboration and education. The journal, Combating Terrorism Exchange or CTX, helps CTFP alumni stay abreast of developments and ideas in their field of expertise. CTX is a peer-reviewed journal that features articles and columns by experienced international counterterrorism practitioners from across the CTFP community and beyond.  CTX has published quarterly since August 2011.

Another way members of GlobalECCO are also encouraged to engage with their peers is through the site’s game center. Here, members can take on the role of the state or the insurgent in a number of original, two-player strategic games, most of which have been designed on the NPS campus.

Among the games available in the GlobalECCO strategic game center are InfoChess, a version of chess that incorporates hidden pieces and information warfare; Balance of Terror, a high-level strategic terrorism and counterterrorism game; Guerrilla Checkers, where each side plays on the same board but one side plays Checkers and the other side plays Go; and Asymmetric Warfare, a game that highlights the asymmetries in information and power between insurgents and the state. All are designed to help players think, and make moves, based on a careful consideration of their own strategy as well as the potential moves of their opponent.

“A lot of these officers go back and lead classes themselves, so they can use these strategic games as well,” Freeman explained. “It’s a way to really keep them connected and thinking about these kinds of issues.  Games are fun … They bring people back in an interactive way. But we also want to use the strategic games to teach these different concepts … to re-enforce themes that students have learned in their classrooms.”

Whether it’s a game, a journal article, or a conversation thread with colleagues, the bottom line to GlobalECCO is information exchange.

“The core of what we are really doing is providing some unique content, and a supporting online venue, that we think will encourage CTFP alumni to collaborate, communicate and to continue to learn,” explained Freeman.

The portal, at https://www.globalecco.org, is open to all alumni of CTFP programs. Full access can also be granted to U.S. government personnel requesting access via a link on the website.