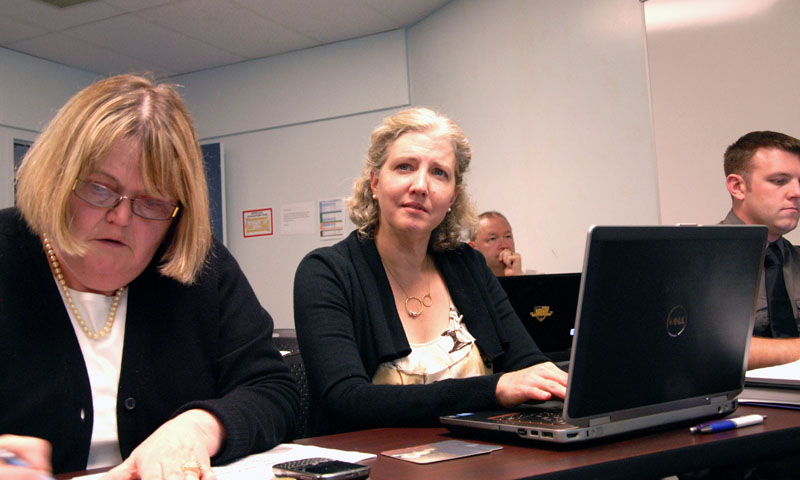 The Naval Postgraduates School (NPS) has embarked upon an ambitious graduate program designed to educate members of the military’s civil affairs community.

The Stability, Security and Development in Complex Operations (SSDCO) program is a graduate certificate program born from the realization that civil affairs studies are central to the prevention of conflicts.

“We are starting to understand that the civil affairs community is central to our strategies abroad,” said program founder, Assistant Professor Dr. Karen Guttieri. “It is important to think beyond war … After the experience in Afghanistan and Iraq, and the Balkans before that, we’ve learned the hard way how to manage civil military operations. We need to capture the lessons of that experience and build institutional knowledge for the future.”

The security and development program is designed to expose civil affairs, psychological operations and legal specialists to advanced legal, socio-political and behavioral concepts.

“Our military professionals work in complex environments with diverse civilian actors, including governmental and non-governmental agencies … Soldiers must understand the dynamics of the human domain, what measures are effective to prevent conflict and to respond when disaster strikes,” said Guttieri.

The SSDCO program prepares its students for these complex environments by combining “boots-on-the ground” experience with advanced graduate studies – which the group hopes will eventually lead to a modular master’s in public policy with a focus on civil affairs and psychological operations.

“Some of our students complain that they are being placed in civil affairs roles that they were not trained to accomplish. If we can start to fill that educational gap, we can have real impact on the way the military conducts civil affairs operations,” said Graduate School of Business and Public Policy Dean Dr. Bill Gates.

SSDCO classes are interactive with students researching hot-button socio-political topics. On any given day, students debate everything from the effect of social network sites on the Arab Spring to human rights law and just conflict theory.

Guttieri utilized a multidisciplinary approach when developing the program. Her students focus on three core areas, security and stability operations, rule of law, and human behavioral dynamics. Certificates are offered in a modular format that combines in-house instruction with distance learning culminating in a graduate research project.

“The program is still in its pilot phase, but if all goes well, it will become a graduate degree program by fiscal year 2014,” said Guttieri.

Guttieri and Gates both cite the military’s increased emphasis on stability and peace operations as the impetus for expanded civil affairs training at NPS. Their vision seems to coincide with the Navy’s increased focus on conflict prevention.

The evolution of this statement has led senior leaders in the civil affairs and psychological operations fields to recognize the need for advanced education in this critical area. 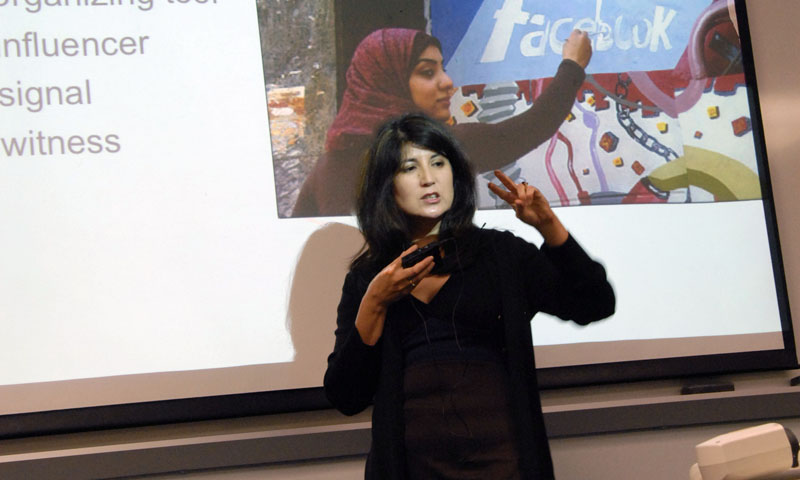 Stanford University’s Peace Innovation Technology Lab Project Director, Margarita Quihuis speaks to NPS students completing graduate studies at the School of Business and Public Policy’s Stability and Development in Complex Operations program. Students discuss the role of social media in transitioning societies and the effect of the Internet on stability and development operations.

“We can no longer rely upon specialists, we must have pentathletes that are capable of solving problems across disciplines,” said Psychological Operations Branch Chief, U.S. Army Col. Michael A. Ceroli of McDonald, Ohio.

Current students insist that they have ‘boots-on-the-ground’ experience, and that they have benefited from veterans in the field, but for many of them, this is their first exposure to graduate-level civil affairs studies.

“Past training was very linear, this [SSDCO program] gives us a global perspective and exposes us to information that we would not normally receive,” said U.S. Army Reserves Lt. Col. Bill Kelly of Chicago, Ill. “This program is taking us from the tactical to the strategic level, and will give us the confidence to stand before operational commanders and offer courses of action.”

According to U.S Army Capt. Steven Barnard of Warrignton, Ore., past civil affairs education programs were limited by both time and funds.

“Reserve officers were given several weeks of instruction and a box of books,” said Barnard. “The majority of the Army’s civil affairs community is composed of soldiers serving in the U.S. Army Reserve without access to graduate-level education in this area.”

Reservists were at a disadvantage due to their needs to juggle civilian careers and military education. The modular nature of Guttieri’s program seeks to overcome this disadvantage while offering world-class graduate instruction. Classes are delivered in both traditional and non-traditional formats including distance learning, teleconferencing and hybrid coursed that combine both in-house and off-site instruction.

Guttieri and her colleagues hope that by making graduate level civil affairs education accessible, students will be able to get out of the ‘training mindset’ and adopt a more mature, academic approach to complex civil affairs related problems.

“Traditional training programs are designed to develop problem solving skills within existing well-defined systems of knowledge,” said Guttieri. “This type of training is useful, but researchers must move beyond traditional training paradigms if they are to have a significant impact in troubled regions.”

“If we as leaders are not educated, how we can show our commanders how the actions of their service members can have strategic-level impact on the ground,” said Haberlach. “This kind of education can have a lasting impact on our ability to actually conduct stability operations more effectively and efficiently.”

“We got through WWII in Europe in good shape, because the Germans treated us like we treated them in WWI,” said Scantlin. “I believe in the military as a profession of arms, we are professionals … We have to understand that war is a reality and that we are going to mitigate the effects of war through our conduct.”

Haberlach and Scantlin believe that advanced studies in governance, rule of law and stability operations are the keys to success in areas like Iraq and Afghanistan. They are passionate about the education they are receiving and the troubled regions they assist.

“There are places in the world that do not share the liberties and comforts that we have here,” said Haberlach. “We are able to go to those places and help them to enjoy the liberties that we share.”