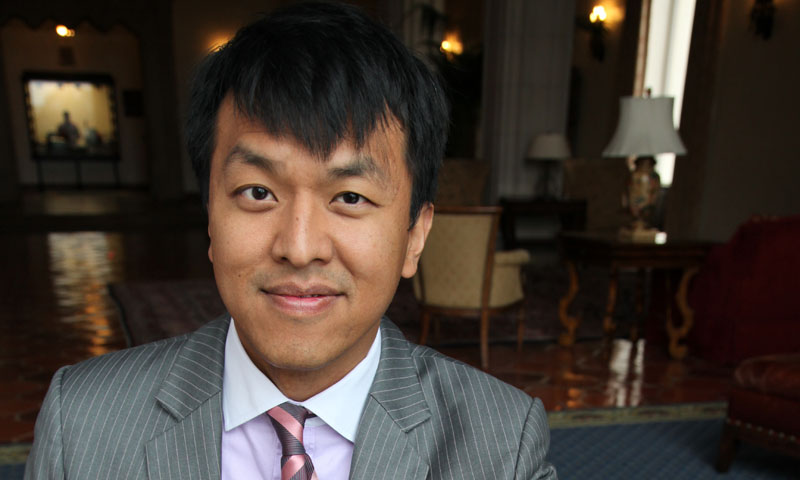 There is a Cambodian proverb that states, “People give, but don’t be in a hurry to take.” NPS Department of National Security Affairs Assistant Professor Sophal Ear’s latest work on international aid to Cambodia suggests that, by being “in a hurry to take,” the Cambodian government has done a disservice to its people.

The United Nations set out to stabilize Cambodia in 1992, disarm its warring forces, conduct free elections and setup a legitimate administration. Noble goals by any measure, but Ear argues that although well intended, U.N. interventions in Cambodia have done more harm than good.

“Foreign aid has a number of unintended consequences in post-conflict environments,” said Ear. “A consensus has emerged amongst those who study aid, that even though aid is meant to encourage development, aid dependence results in bad governance, stunting development.”

Ear argues that international aid allows emerging governments to forego taxation and the accountability that comes with it.

“I am convinced that the long-term effects of aid dependence have made it difficult, if not impossible, for Cambodia to take ownership of its own development … Foreign aid has crippled the government’s political will to tax, and without taxation, the link between accountability and popular elections is broken – corruption is the logical outcome,” said Ear.

“What government will not tax officially can be collected privately by the ruling authorities to line their own pockets,” added Ear. “It is by weakening accountability that foreign aid most harms governance, by increasing the incentive for corruption and diluting political will.”

Ear argues that good governance in Cambodia is further hindered by a political culture that values loyalty over competence.

“There are two roads ahead for Cambodia, one values loyalty above all else, even more than competence or merit; the other values competence at least as much as loyalty. The right road must be chosen to turn bread and circuses into wealth and prosperity,” said Ear.

Loyalty to the ruling authority, although a seeming virtue, hinders development according to Ear. In the Cambodian context, blind loyalty to the party prevents the sort of introspection and self-criticism that leads to growth.

“You must be able to make a professional judgment … because of the problem of loyalty, you do not get a professional level of bureaucracy. The rational-legal bureaucracy that is needed to run countries in sane ways that are pro-society and pro-development are just not there. Without them, you have corruption, land grabbing, etc.,” said Ear.

Ear also believes that reform efforts in Cambodia have been weakened by U.N. inefficiency and a lack of will. He describes an incident wherein the head of the U.N. peacekeeping mission, accompanied by the force commander, were turned around at a Khmer Rouge checkpoint manned by nothing more than a teenager with a bamboo pole.

“You are supposed to have Chapter VI authority [the peacekeeping mandate], but instead you turn back because of a kid with a pole; these actions take the teeth out of U.N. efforts … The U.N. showed it’s unwilling to stand up to entrenched powers,” said Ear.

Still, the alternatives to offering Cambodia aid are daunting. Should the donor community cease to offer international aid to Cambodia, the Cambodian government will likely turn to other regional powers for assistance – regional powers whose interests may not be aligned with those of the U.S.

Ear’s interest in Cambodia is born of tragedy and personal experience. He and his family escaped the Khmer Rouge when Ear was a young child. His father died due to malnutrition-induced dysentery while working at a Khmer Rouge commune that was little more than a slave-labor camp.

Ear’s mother managed to save him and his siblings by pretending to be Vietnamese. Her subterfuge was nearly discovered when it was brought to her attention that she had inadvertently given her boys girls’ names and vice-versa. Had she been discovered, she and her children would have likely joined the ranks of the estimated 1.7 million killed by the Khmer Rouge.

Ear has spent more time outside Cambodia than within its borders, but the nation into which he was born still clearly weighs heavily upon him. His work laments the high poverty, unacceptable infant mortality, and rampant corruption that persist throughout Cambodia despite decades of international aid.

“Today, there is abject poverty amidst plenty despite an economy that has had near double-digit growth each year of the first decade of the new millennium,” writes Ear.

Change in Cambodia is not likely to come soon. There are powerful international and Cambodian interests that profit from the status quo, but Ear believes there is a viable road ahead.

“The first step is to wean Cambodia from foreign aid sooner rather than later, to strengthen tax collection, and to re-establish the link between taxation and representation,” said Ear. “We must also offer a solution wherein you incentivize government to tax its citizenry in exchange for a certain percentage of aid.”

Ear’s passion for the land of his birth is infectious. Although openly critical of well-established foreign aid practices, he is clearly hopeful. His ideas are certain to cause discomfort in some circles, but his desire to bring respite to his people after years of overwhelming hardship is hard to ignore.

Ear is also the co-author of the book, “The Hungry Dragon,” in which he explores Chinese efforts to gain international access to natural resources.