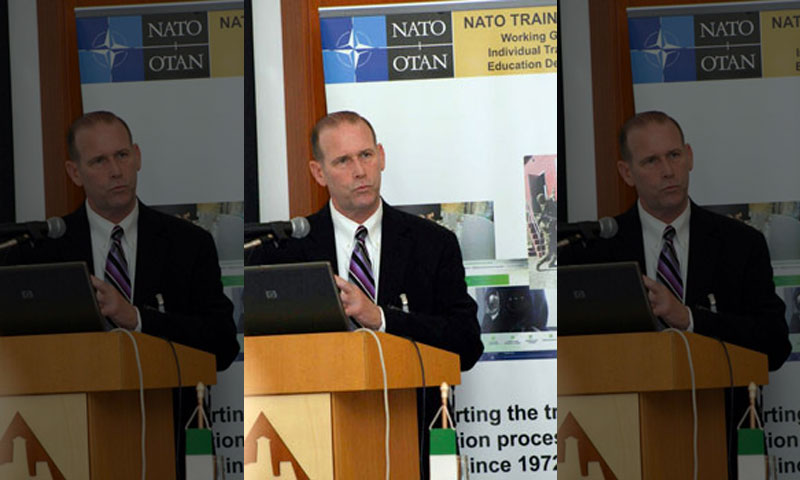 Military strategists have long valued the power of maintaining peace through the prevention of war, but perhaps its emphasis could never be stronger than it is right now. Case in point, the Maritime Strategy for the 21st Century, a landmark strategic plan aligning the U.S. sea services under a single vision, lists as one of its guiding directives the importance of not just winning wars, but preventing them.

U.S. Secretary of Defense Robert M. Gates reiterated the emphasis of this strategy when, in the January/February 2009 issue of Foreign Affairs, he stated that, “Where possible U.S. strategy is to employ direct approaches primarily through building the capacity of partner governments and their security forces … In this kind of effort, the capabilities of the United States’ allies and partners may be as important as its own, and building their capacity is arguably as important as, if not more so than, the fighting the Unites States does itself.”

NPS is responding to this priority, aligning several entities to build institutional, cross-campus collaboration and coordination in areas relating to international academic relationships, building partner capacity and analyzing the impact of globalization on our national security policy — with the emphases on prevention of global crises and solutions to critical worldwide security challenges. And the efforts have extended far beyond the campus in Monterey.

“The strategic value of building the capacity of partner nations across the world is clearly evident, it is a national security objective of the United States,” said NPS Provost Leonard Ferrari. “Our university recognized this value, and we have embarked on a worldwide outreach program to invigorate a broad base of global partners in the development of national, homeland and human security capacity building.”

The Global Forums program is an ambitious effort, seeking to create a series of worldwide congregations to address the greatest challenges of the 21st Century. Last September, Ferrari convened a planning group of 60 individuals from the global, non-profit sector – universities, foundations, military, international organizations, the U.N., non-governmental organizations, NATO and governments – at the U.S. Mission in Geneva to plan for the creation of this collection of global forums.

“These forums would focus on the solution spaces to some of our most critical worldwide issues – economic security, energy security, cybersecurity, social change, cultural awareness, human rights and sustainable education for all people everywhere,” Ferrari explained. “Four additional forums have already entered the planning stages and are slated to be held in Geneva, Monterey, Singapore and New York.”

The Global Forums project comes on the heels of two recent endeavors that have played key roles in creating a ‘perfect storm’ for the success of these efforts – the formation of the Global Public Policy Academic Group (GPPAG) in early 2009, along with several international outreach efforts expanded through strategic partnership activities in Switzerland, Sweden, Singapore, Jordan, Bosnia, Moldova, Egypt and with NATO headquarters in Brussels, Belgium.

A third, and the most developed, component to these outreach efforts was already in place – the May 2004 U.S. State Department designation of NPS as the United States’ Partnership for Peace Training and Education Center (USPTC), the only such center in the country. The USPTC acts as America’s contribution to NATO’s Education for Reform Initiative, Partnership for Peace Program (PfP), and the NATO Defense Institution Building efforts. An outcome of its 50th Anniversary Summit, NATO has been establishing PTCs since 1999 as a part of its Training and Education Enhancement Program, determining that a “network of national facilities – made available to all PfP countries — should emerge as part of a collaborative approach to training and education.”

Tom Hazard and Alan Howard, Program Director and Deputy Program Director for the USPTC respectively, oversee much of these international outreach efforts, and are leveraging the USPTC to carve out a critical niche in supporting the overall international program. Under their auspices in 2009, GPPAG and the USPTC have collaborated on the Afghanistan Theatre Security Strategies Workshop in Monterey; co-sponsored the Forum for Social Change, the Global Security and Stability Roundtable and the Leadership and Collaboration in Complex Operations Program in Geneva, Switzerland; participated in the Viking 11 Planning Workshop in Sweden; the Conference of Commandants Planning Meeting in Turkey; the PTC Commandants’ Conference Brief in Austria; and the NATO Training Group’s sub group for individual training and education development meeting in Trencin, Slovakia among many others.

Through countless discussions on DoD/DoN challenges and threats to global security and stability, paired with knowledge gathered through meetings with NATO, the U.S. State Department and the U.N. about issues important to each, Hazard says the USPTC program is currently concentrating on three key areas: the role of women in security and stability for Defense Institution Building; building integrity, diminishing corruption and graft; and, strategic collaboration and leadership in complex environments. 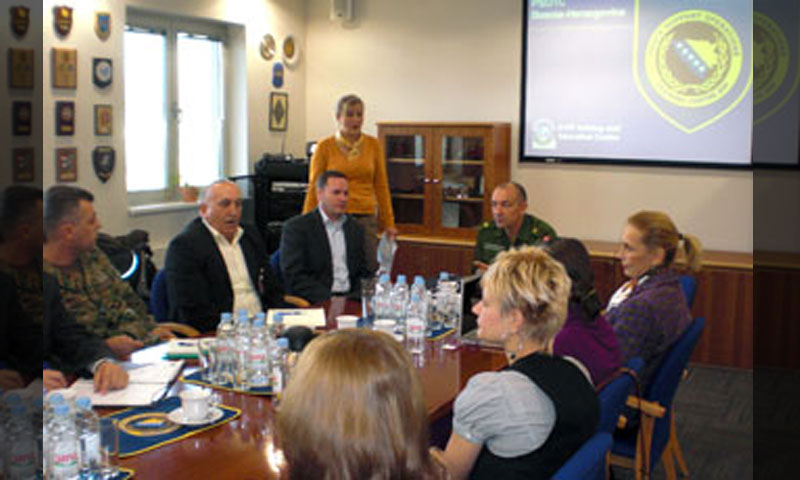 Several educational efforts are supporting these areas of focus. The USPTC is collaborating with GPPAG, led by Chair Dr. C. J. LaCivita, in support of a certificate program at NPS in Security, Stability and Development, tailored to meet educational gaps in the areas of global challenge and international governance, security, development and methods for analysis.

Additional efforts include a dual-degree program in development with the German-Jordanian University, expansion of education and research programs with the National University of Singapore Temasek Defense Systems Institute, expanding a Ph.D. program with Egypt, and ongoing discussions with the Military Technical College in Cairo on developing a joint technical master’s degree program. Also, NATO’s international staff has asked the USPTC to mentor Moldova’s Military Training Institute on developing a research center and a student thesis process. Several strategic collaborations are also in the works, including the USPTC assisting in the development of a possible Jordanian PTC, as well as various efforts in support of the Swiss and Swedish PTCs as well.

In 2009, the USPTC was tapped by the Office of the Secretary of Defense to lead a three-year partnership project to develop capacity at the PTC of Bosnia and Herzegovina, the Peace Support Operations Training Centre (PSOTC) in Sarajevo. Hazard’s team spent the latter part of 2009 planning and developing a strategy for partnership with the PSOTC to offer niche coursework for the region.

“We’re proud of the work we’ve started in Bosnia and committed to a sustainable plan for success. As the USPTC, we have access to a broad range of top-quality resources here at NPS; allowing us to develop and deliver relevant, unique coursework for the region.” Hazard said.

He emphasizes that the USPTC focuses on long-term partnership projects, which enable transformative change. Hazard believes this creates a path towards sustainable peace and stability in the partner country and provides these countries with the tools to step up and be key players in the security and stability of their respective regions.

“The USPTC has made invaluable contributions that will only increase as U.S. policy makers, the Navy, and NPS rededicate themselves to not only winning wars, but also to preventing them and the myriad of crises which spawn them,” Hazard added.

Perhaps it will be the efforts of the USPTC and the Global Forums project that lead a worldwide rededication to the value of prevention.