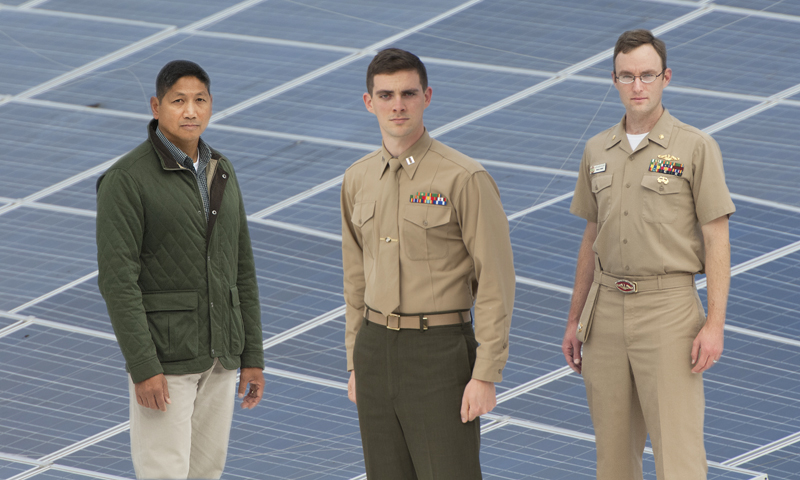 The Naval Postgraduate School (NPS) and the U.S. Marine Corps Expeditionary Energy Office (E2O) have partnered under an initiative to conduct student-led research that will address some of the Marine Corps’ most pressing energy challenges.

The Marine Corps first initiated the E2O program in 2009 with the mission to “analyze, develop and direct the Marine Corps’ energy strategy.” The impetus for the initiative was born of the realization that the Marine Corps is using far more energy today than it did in the past.

“Over the last 10-15 years, we have had a 250 percent increase in computer usage on the battlefield, and the average Marine infantry battalion is using four-times the amount of fuel today than it did in 2001,” said E2O Director Marine Corps Col. Jim Caley.

“The investments we are making today in technology and cultural change at the forward edge of the battlefield have the opportunity to reduce our fuel reliance and the number of logistical convoys that feed that need,” continued Caley.

Caley notes that Marine Corps efforts to reduce reliance on traditional fuel sources will increase the operational reach of expeditionary units and save lives as well as dollars. He also insists that the student research being conducted at NPS provides real value to the Marine Corps.

“Our students study at NPS and then come back prepared to lead us to a great energy future,” said Caley. “We get tremendous value from the non-uniformed perspective [of NPS faculty]. They look at us from outside with, the audacity to question why we do things, but then help us to move forward.”

“We want to educate Marine Corps officers to look at energy differently, and to help them to come up with energy solutions for the Marine Corps’ energy problems,” said Amara. “The E2O program is concerned with expediting applications of portable and renewable energy.”

“We are most concerned with the manner in which green technologies affect the operational footprint,” said Hernandez. “Whenever you look at an operational gap, you have to consider the energy usage.”

Program administrators say the program is a win for both the Marine Corps, and the students pursuing energy-related studies.

“When they [NPS students] leave, they leave with a set of skills with direct benefit to the Marine Corps,” said Amara.

But the NPS-E2O partnership is not just about new technology. Organizers insist that it’s about fundamentally changing the Marine Corps’ culture of energy consumption.

“The breadth and depth of what we are trying to do is very large,” said Hernandez. “We are trying to change the minds of folks, to make them aware of the benefits of saving energy.”

NPS student, Marine Corps Capt. Jason Ciarcia is researching how individual attributes may affect Marine’s assessments of energy efficient technologies. In short, he is looking at the Marine Corps’ culture of energy consumption and its willingness to accept new technology.

“Why students adopt or resist technology is a central question in technology management and energy conservation research. Much academic attention focuses on functional and economic advantages, but perceptions, habits and norms play a more substantial role and are a particularly strong driver of resistance,” said Ciarcia. 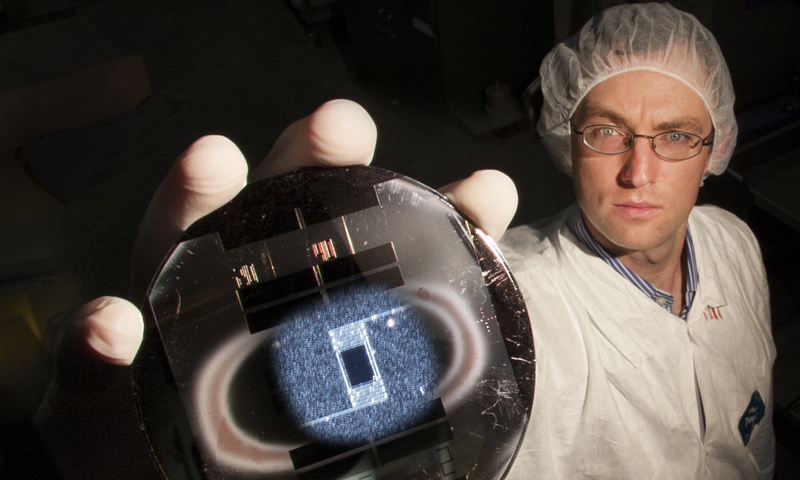 While much attention is paid to the cultural aspects of change within the Marine Corps, there is also a strong emphasis on technological innovation.

Stimpert is conducting modeling and simulation analysis on the implementation of the industry-developed Legged Squad Support System (LS3) “Alpha Dog” robot into Marine Rifle Platoon operations. She hopes that the incorporation of the robotic system will decrease logistical requirements placed on the backs of Marines, and offer a mobile powering station, thereby increasing the reach of battery-driven systems.

The Alpha Dog is a four-legged, load-carrying robot system that is capable of hauling cumbersome equipment through rough terrain, at the rate of a Marine marching, for up to 24 hours before recharging.

“We want to be able to literally lighten the load,” said Stimpert. “The Alpha Dog can carry up to 400 lbs. of weight and recharge batteries resulting in less weight carried by Marines and increased operational reach,” said Stimpert.

Stimpert is building upon the systems engineering work that she conducted at the Naval Academy. Her systems engineering approach to analyzing Alpha Dog rifle platoon integration relies upon advanced mathematical models designed to pit the system against a variety of scenarios in complex operational environments.

“I am using an agent-based model called Pythagoras, the model allows us to apply attributes to our agents [the Alpha Dog and a Marine Rifle Platoon] and to move them through checkpoints and targets while interacting with enemy and friendly forces,” said Stimpert.

“I want to figure out the optimal amount of time [Alpha Dog] can operate during a mission and how many systems would be necessary to augment a platoon,” Stimpert added.

Householder is taking an entirely different approach to energy conservation. He is working with NPS Department of Physics Associate Professor Dragoslav Grbovic on microelectromechanical systems (MEMS). These miniscule devices are only 200-microns long and a mere 2-microns thick, but are capable of generating electricity from the vibrations produced by generators, vehicles or even the gate of a marching Marine.

“There are any number of MEMS applications, but we are exploring the ability to strap an array of MEMS to a generator. If you tune these micro-devices to the generator’s frequency, you can harvest energy that would normally be wasted and return it back to the system,” explained Householder. “MEMS may one day power prosthetic legs or power the lamp on a Marine’s helmet.”

As cantilever devices, MEMS are anchored on two sides to a surface while remaining free to oscillate in the middle. Each device is made from a piezoelectric material that produces electricity when strain is applied to it. Currently, Householder is working on a device that is able to produce electricity at a frequency of 100mhz, but in order for his device’s to serve the Marine Corps’ interests, he will need to build a MEMS that can operates at 60mhz, the frequency at which most U.S. equipment operates.

“I should be at 100mhz in a couple of weeks and I intend to be have a MEMS that works at 60mhz before I graduate. I would also like to have an array of these devices linked together in a reasonable form before I leave NPS,” said Householder.

Householder is optimistic about the work he is doing, but he acknowledges that the challenge is daunting.

“Building a MEMS is like developing film, imagine creating a miniature circuit border by etching aluminum with a lye solution,” said Householder.

“The HOMER model leads to a reduction in fuel consumption by identifying the optimal construct of micropower systems like battery banks, wind turbines and photovoltaic arrays on a case-by-case basis,” said Morse.

“This model has potential for supporting the Marine Corps in decreasing fuel consumption of units engaged in field training and operational deployments,” continued Morse.

“The amount of fuel required to support a single Marine in the field is really astronomical,” said McCarthy. “What we are doing here is finding solutions that will allow us to reduce those fuel needs and focus our logistical trains on those things that we need to use to accomplish our mission. What the E2O program is doing is a combat multiplier.”